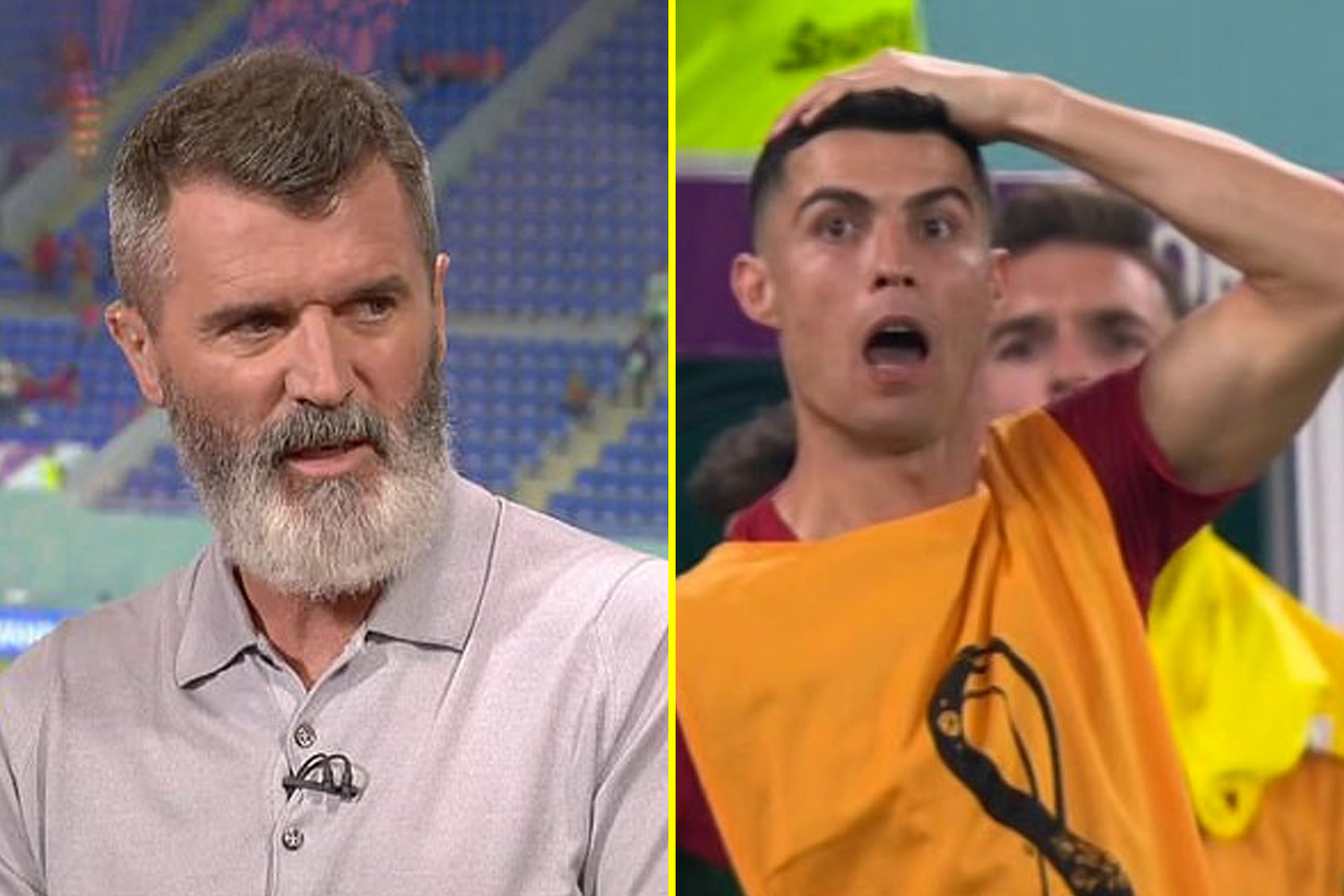 Roy Keane has joked Cristiano Ronaldo’s shocked look during Portugal’s win over Ghana was due to Newcastle transfer rumours.

The 37-year-old is a free agent having left the Red Devils by mutual agreement with immediate effect, following his explosive interview with Piers Morgan.

Since then, there has been much speculation over where his future could lie, with suggestions Newcastle could be a destination.

“Look at Ronaldo’s face, my goodness. Honestly, he’s just had a call Newcastle are in for him,” Keane said speaking on ITV Sport.

Ronaldo, who had earlier been substituted, was reacting to an error by goalkeeper Diogo Costa, which thankfully for him did not result in a Ghana goal.

The goalkeeper placed the ball down on the pitch, and was unaware that Athletic Bilbao striker Inaki Williams was lurking.

Williams ended up slipping, before the ball was stopped on the line by a Portuguese defender.

Portugal managed to secure a 3-2 victory in the end, with Ronaldo opening the scoring from the penalty spot in the 65th minute.

In netting, the five-time Ballon d’Or winner became the only player to score at five World Cups.

Osman Bukhari scored late on for Ghana, before Williams’ miss, as Portugal held on.