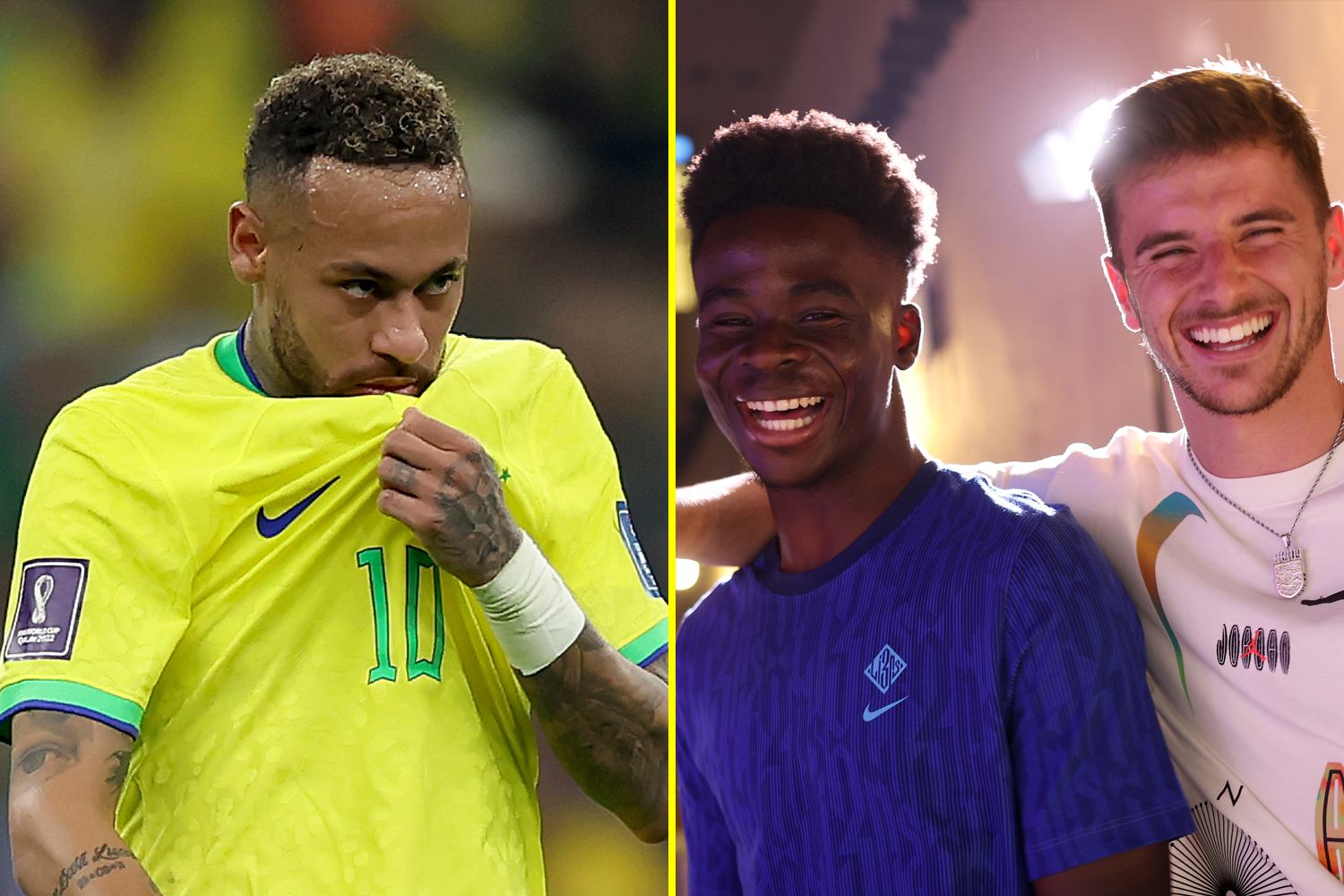 Gareth Southgate would rather have Mason Mount and Bukayo Saka in his England team than Neymar, according to Jason Cundy.

The Brazilian forward is one of the most iconic players on the planet right now having shone for his country and being a key player for both Barcelona and Paris Saint-Germain.

Now 30 years of age, Neymar played a part in Brazil’s 2-0 victory over Serbia on Thursday, in which Richarlison stole the show for Tite’s side.

Given the clear quality that the PSG star possesses, many would expect Neymar to take the competition by storm but according to Cundy, the player doesn’t have the mentality to be a success in England’s team.

“What I’m saying is that I think he’s overrated in what he brings to the team. Technically, he’s obviously a wonderful footballer but there’s element to his game where people get seduced when they see the tricks and the flicks.

“Name a game where it’s been ‘the Neymar game’. I’m serious – for club or country. I’m talking about big games, not about Real Betis, I’m not talking about that!

“I’m talking about big games on the big stage. I always come away asking questions about Neymar. I never come away and think, ‘yeah’.

“I watch Mbappe and think, ‘yeah’. There’s no hype with Mbappe.”

Cundy replied: “Mount has won the Champions League”, to which O’Hara replied: “So has Neymar!”

The conversation then turned to which Brazil players would get in the England team, with the ex-Tottenham midfielder saying that he’d have Neymar over Mount, something that Cundy wasn’t having.

He said: “I’ll tell you why Neymar doesn’t get near any team that I want to support, it’s because it’s him.

“Neymar won’t do what Mount will. Mount will do the dirty work, Neymar won’t. If you’re not a team player then you can’t get in the team.

“Neymar is not a team player. Can you imagine if Neymar was English in that Southgate squad? Can you imagine the disruption, what it would do and the effect he would have?

“He’s not a part of the gang. He left Barca because he couldn’t compete with Messi and then he turns up at PSG and Mbappe turns up and he’s not even the best player at PSG!

“It’s about him and it’s more than just the player.”

Another player who was reserved for special praise was Bukayo Saka, whom Cundy believes could be one of the top players in the competition.

Continuing the debate about which England players get into the Brazil team, Cundy said: “Vinicius Jr and Saka, there’s the debate. There’s no better wide player than Saka right now.

“I don’t pretend to have seen every game that Vinicius Jr has played, but I know how good he is. From what I’ve seen, Saka could end up in the team of the tournament. He is top draw.”

O’Hara replied: “I agree. I think that he’s a special talent and I don’t think we appreciate just how good he is.”