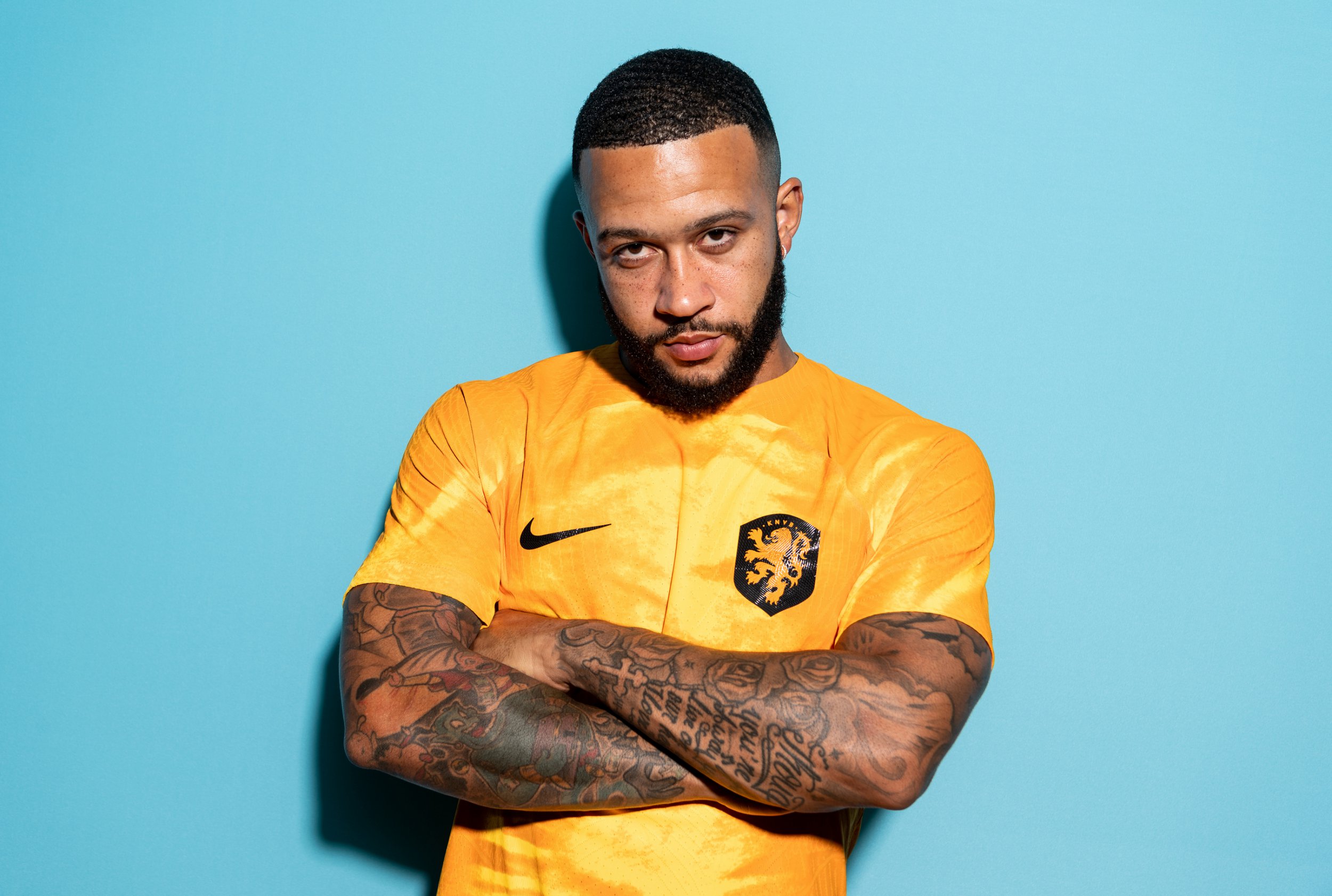 DOHA — Memphis Depay has been asked many times what went wrong at Manchester United. We have heard various answers and he has heard various suggestions: Louis van Gaal’s tactical dogmatism, a lack of space to run into, too many defensive responsibilities, the physicality of the Premier League. In the end, and after much soul-searching, he had only one response: “I lost myself and I lost God. So there is only one person to blame: that’s me and nobody else.”

Perhaps Depay is right. Maybe he did stray a little from the path, caught up in the trappings of a world beyond his dreams. He is certainly an extravagant man: the clothing line, the rap album, the Instagram posts of him doing millionaire things. These are not flaws; a man can and should do what he wants if it harms nobody. But they can weigh you down when you need to be light.

For Depay especially, doing what he wanted was a new-found freedom. He has dealt with a lot in his life, too much for a child to handle. His father left when he was three and his mother married one of the neighbours and created a household with 11 children. Depay has described living in constant fear of attack from his new housemates, racially abused, punched and threatened with a knife or a pair of pliers.

We have heard the words before, but they never ring less true: football was the escape. But escape brings with it a burden because there is a pressure to succeed and make the best of your golden ticket.

You can flagellate yourself for every mistake. And when something goes wrong in the one thing you love most, it feels like everything is broken. For someone who is young and tempestuous, a setback can quickly become a spiral.

With the setbacks and the mistakes came criticism. There was an accusation from some in England that, because the move to Manchester wasn’t working out, Depay should know his place and keep a low profile. It was shared by several people within Dutch football, including then-national team coach Danny Blind. Some of it went too far: there was the memorable occasion when Depay was forced to defend being pictured wearing a fedora hat.

Depay says that he grew up after moving to Lyon, the perfect environment for him to flourish again. But maybe more than that, he learned to embrace the elements of his personality and his game that might have initially appeared paradoxical: humble beginnings to personal wealth, known by nobody to global fame, skillful winger to goalscoring centre-forward, inconsistent talent who became his country’s most dependable performer. Did he change as a person, or did his increased output simply make it easier for a critical media to love him?

Depay was born at an inopportune time, roughly in the middle of two golden generations for Dutch football. The hope is that with Cody Gakpo, Xavi Simons, Jurrien Timber, Tyrell Malacia, Netherlands have a bright future mapped out even if they may not peak in Qatar. Just as obvious was the era that ended before Depay stood tall: Robin van Persie, Wesley Sneijder and Arjen Robben all played their last international games within 13 months of each other in 2017 and 2018.

Depay made his debut after sitting on the same substitutes’ bench as Dirk Kuyt and Rafael van der Vaart. He was a bridge between two glorious worlds and was asked to carry the attacking can almost single-handedly. And it has not been easy. The Dutch have failed to qualify for two of the last three major tournaments and they somehow made Euro 2020 worse than the qualifying failures by losing 2-0 to Czech Republic in the last 16.

But if this has been a period of Dutch underachievement bordering upon failure, Depay is absolved from blame and he need not be asked to be introspective now. His international goalscoring record since the start of 2021 is astonishing – 21 goals in 22 appearances.

No wonder that his lingering injury issues are causing such angst back home. Depay accounts for 40 per cent of all the international goals in this squad. His next one will take him second behind Van Persie in the list of goalscorers for the national team.

For several years, Dutch football was obsessed with Depay’s potential. Then they were obsessed with his lifestyle and wondered if he was letting it all slip away. Now they are obsessed only about his hamstrings, desperate for the return to full fitness of a mercurial player who became a nation’s talisman.