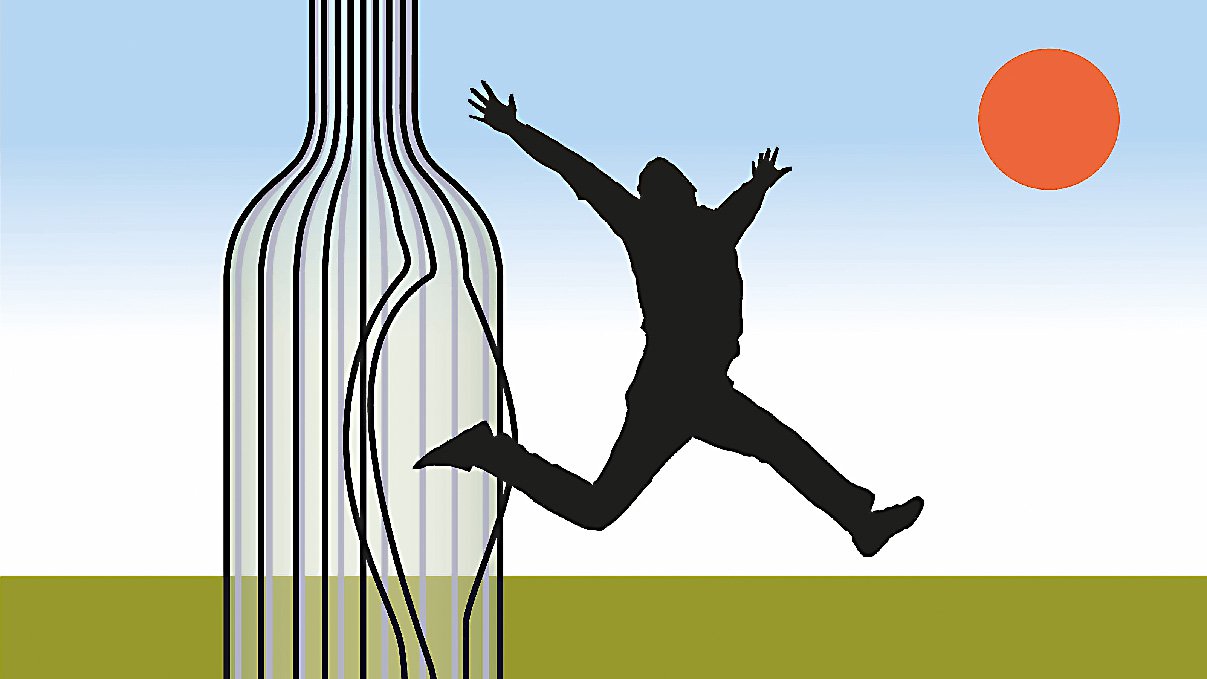 Sometimes, I’m asked to share how giving up alcohol changed my life or to explain the positives that come with a booze free existence.

In my case, it changed my character and even my nature for the better.

Certain things, like self-awareness, that most people just have, were concepts that I lacked completely given how often I was either under the influence of alcohol or reacting to its effects. In fact, things that I’m sure most people consider regularly in their day-to-day lives never registered with me. I’ve never been the kind of person who could stop after one drink, I’ve always been someone who wants more. I’m all-or-nothing.

I was only really interested in myself. A few years ago, advice was a foreign concept to me too. I believed that I already had all the answers. I wouldn’t actually listen to people because in my mind, their opinions didn’t really matter. I had blinkers on, focused on only myself and what I thought was best.

I was perfectly content in a world where I had no real standout skill or talent. Truthfully, I had never actually put in the work to build something for myself. I was a reality television star with a delusional sense of grandeur and a large ego, both of which became heightened when I drank.

I would abuse alcohol to excess regularly until I made the decision to stop whilst my wife was pregnant with our first child. I came to the realisation that I wanted to become sober on my own, but my wife was a constant source of advice and support throughout.

Before you become a parent you hear stories about how it’s a transformational experience, but you do wonder how it will affect you. It forced me to become selfless and I’m grateful I removed the obstacle of drinking from my life before my son was born.

Looking back at that time in my life I feel a bit embarrassed, and I wish I could change some of it. But at the end of the day, life goes on and it’s what you make if it moving forward that truly matters.

Within a week of giving up drinking, I became unbearably sanctimonious, preaching about the wonders of sobriety to anyone who would listen. But I felt safe in the knowledge that the good decision I had made was here to stay. I knew that a booze-free lifestyle was best for me and my family.

Of course, prolonged sobriety is a little more complicated than this and requires continued effort, resilience and stability. For me, that desire to drink was most prevalent and difficult to suppress around special occasions, holidays and family gatherings; I felt left out if I didn’t have an alcoholic drink in my hand at Christmas or on New Year’s Eve, or even toasting someone at a party. But that’s what eventually drove me to develop an alternative that didn’t scrimp on taste and made the experience infinitely more inclusive and enjoyable.

For me, it was important to focus on the positives and potential of a sober lifestyle, rather than dwell on pessimism, and what my life might have turned out like if I didn’t quit.

I went to so many different entrepreneurs for advice (I know, me asking for other people’s views!). Some had chosen business plans by brainstorming on whiteboards. And others had used data to inform their decisions. I knew I wanted to fill a gap in the market and help people – but I also wanted my business to be personal.

I ended up founding CleanCo. When I was a heavy drinker, I didn’t even realise how few non-alcoholic drink options are widely available. We make gin, rum, whiskey and tequila alternatives. Deciding not to drink doesn’t mean you should miss out when socialising, which was definitely something I worried about at first.

It’s awkward to speak about, but I know I’m not alone when I talk about struggling with alcohol. In the UK especially, it feels like drinking is so ingrained in our lives, from our teenage years right up to adulthood

It’s great to see that sobriety is becoming a more widespread lifestyle change. The average Brit spends 252 hours hungover every year. That’s ten and a half days. Some say that we sell non-alcoholic spirits: I like to say we sell time.

What would you do with an extra 252 hours? As cliché as it may sound, I know that extra time has changed my life completely. I am becoming the person I always hoped I would be: a good father, husband and businessman.

This week I have been…

Watching… Super Pumped. It’s a fast paced and fascinating TV series on Paramount+ based on the rise and fall of former Uber CEO Travis Kalanick, played brilliantly by Joseph Gordon-Levitt. The show gives real insight into Travis’ mind, ego and ruthlessly competitive character. I was quite fascinated by his mindset and work ethic before the show so was delighted not to be disappointed!

I find it so interesting to learn about successful people and what makes them tick.

Eating… at Soho Joe. It’s a fabulous little restaurant in the middle of Soho (the clue is in the name) – I always visit there when I have meetings in town with my management team and I love their wraps. They manage to cook chicken thighs perfectly without them being greasy.

The result is a lovely high-end kebab that feels almost healthy. I recently managed to catch the first two England goals against Iran in there earlier this week (a great result and hopefully a sign of good things to come for the rest of the World Cup).

Great atmosphere and super service. They do a delicious spicy sauce too.

Training… I usually go first thing in the morning at 7am with my buddy Shaun Stafford at City Athletic. We’ve been training together on and off for about nine years now. I pretty much only lift weights nowadays (with the exception of the odd run) and have been consistently strength training for the last two years since doing the Marathon des Sables in 2021.

Gradually getting stronger has become a bit of an obsession! Training in the morning sets me up for the day ahead and is therapeutic. Keeping a rigorous exercise routine really helps keep me focused and switched on.

In his new podcast Big Fish, Spencer Matthews speaks to successful people from different walks of life to find out what it takes to overcome life’s obstacles