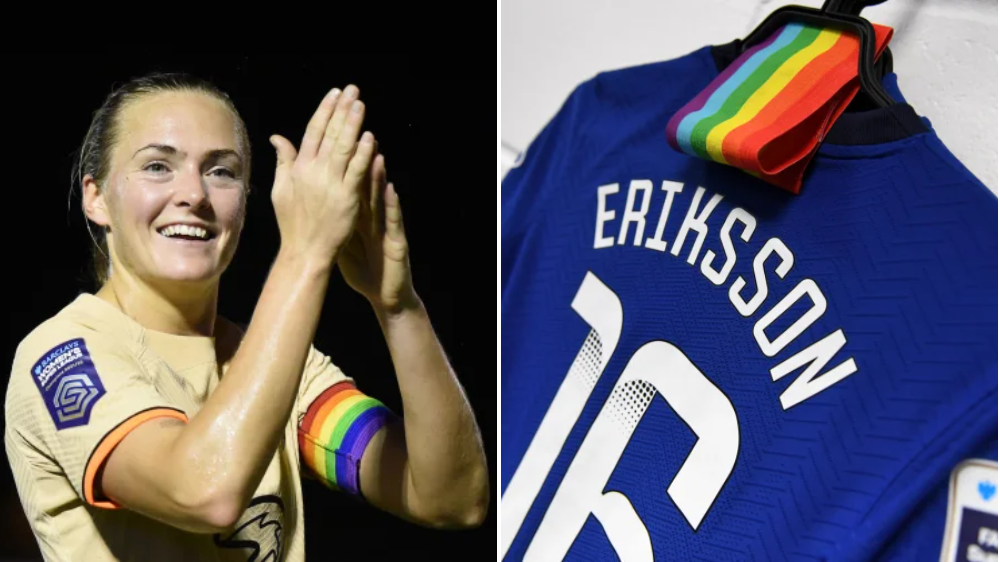 It is fair to say that I have been following off-the-field events at the World Cup just as closely as the football on it. I got asked during the last international break whether I would be watching the tournament and my answer probably applies to a lot of the girls at Chelsea – we talk about some of the games and the football aspect but equally we talk about the other things that are happening around the tournament. And this week, that means the situation with the “OneLove” armbands – and the decision taken not to wear them.

I am a bit wary of saying, “Well, I would have worn it”. I have never been put in a similar situation but, ultimately, I would like to think that – in their shoes – I really would have pushed and tried to call Fifa’s bluff. It would have been inspiring if they’d gone ahead and done it anyway and said, “OK, what are you going to do now?”. Different players could have rotated the armband to share out the yellow cards that each would get for wearing it.

If you are the captain of a national team, as I have been with Sweden, you are experienced and have been at this level a long time. You do not have much to lose because you have got such a big platform and such influence – particularly in the men’s game. I was disappointed, therefore, not to see the captains wearing those armbands after all.

I do not want to sound like the moral police here and I can appreciate that players picking up bans would be a concern for the national federations involved. Indeed the main problem for me was not the players, but Fifa’s handling of the situation in the first place. They have known about this plan to wear the armbands for months but waited until the day before England’s first game to threaten teams with sporting sanctions, which is unfair.

The Germany players’ response before their match against Japan was fantastic. They are really showing unity and true allyship with their brave decision to say that this situation is not OK. Something so simple as just covering their mouths sent out a very powerful message alongside the statement released by the German FA. With no Sweden at the World Cup, they have just gained a new fan in me.

Another team that I have felt so much admiration for this week is Iran for their decision not to sing their national anthem before the England match. It was extremely powerful and brave. I was so impressed by that.

I know how powerful football can be and I would like it to be a force for good. Instead I’ve seen on my social media these clips of people over in Qatar being asked to remove items with rainbows on them. I think it is insane to describe the rainbow flag as a political statement. I understand they have to be wary about ideological messages but for me the rainbow represents human rights and respect for one another rather than politics. Instead we have had Fifa and Qatar deciding what is political. The fact that Fifa are saying rainbow-coloured items are now allowed in stadiums is a positive sign. If we raise our voices loudly enough, change can happen.

Of course, it does not help that there are other big reasons for frustration over Qatar as hosts, starting with the voting process when this World Cup was awarded. The fact that there were bribes opened a lot of questions. Perhaps those of us who love football are naive but I do not want to think money will rule football forever. A lot of people – players, fans, media – genuinely think this has gone too far and when I hear Gianni Infantino, the Fifa president, defend that decision so robustly, it does undermine his credibility. It was a ridiculous speech that he gave last week about feeling gay and disabled. I cannot believe they thought it was a good idea. I just thought, “Wow, you are really not reading the room”.

That said, I did understand his point about the hypocrisy of western societies giving out moral lessons given our history of colonisation. I can appreciate that change happens at different speeds in different places. I am all for discussion and it may be that things are changing in Qatar. Each country has its context and comparisons are not always easy. Yet it still leaves me outraged that being gay in a country can put you in prison and seeing how migrant workers have been treated.

Going back to my first point about my interest in this World Cup, I have certainly learned so much about that part of the world because of it. Journalists have done a great job of using Qatar 2022 as an opportunity to educate people about the situation in that region and I really do believe that anybody who follows this tournament should try to know something about the context. Personally, I have enjoyed reading about it and am much better informed now. Hopefully that goes for others too.