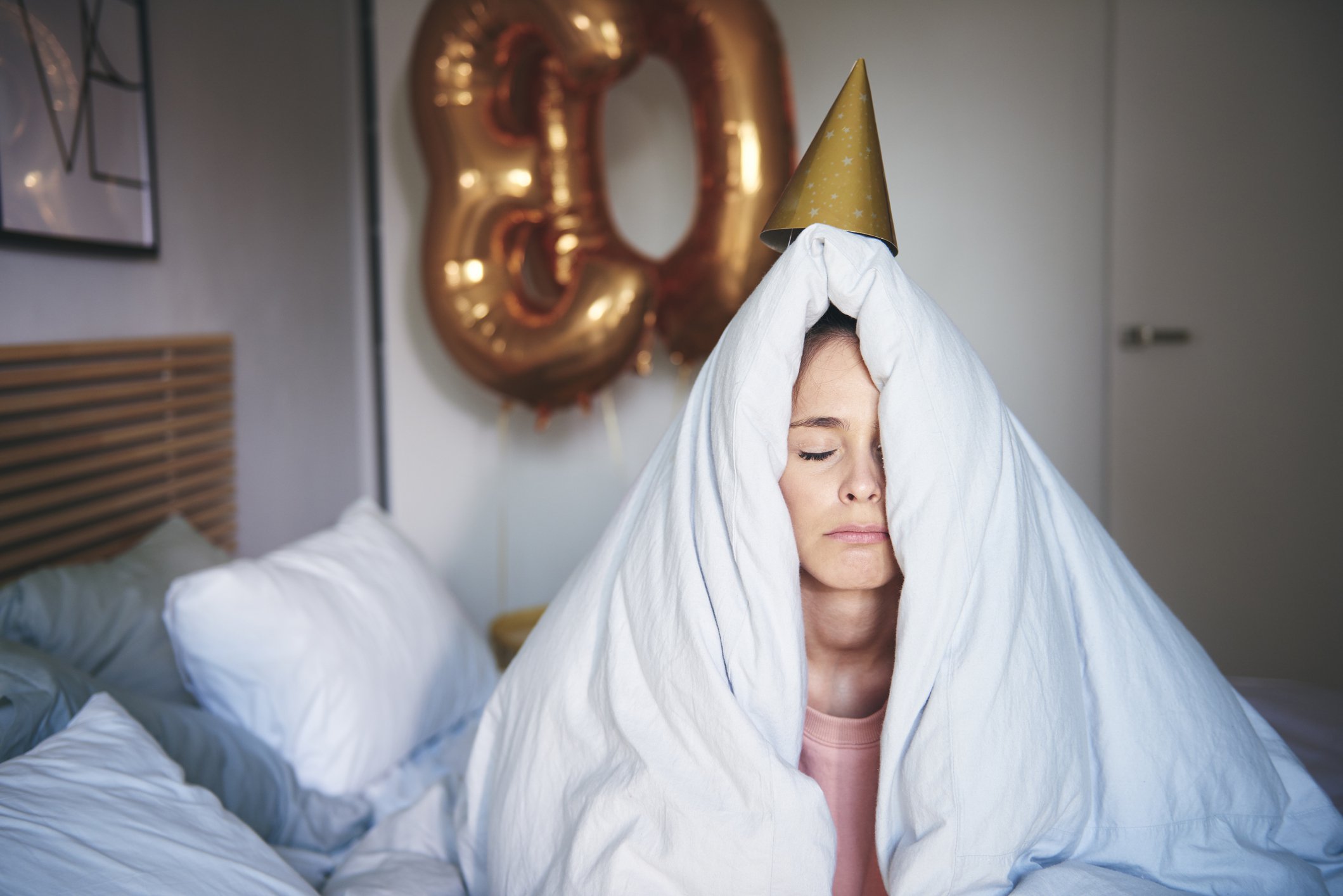 We are going to live life as it was intended for us. Quietly. Largely indoors. Largely alone

I went out on Tuesday night. And I mean out-out. Shower, decent bra, proper clothes, flats for the journey, heels once I got there, posh venue, everything. It was to the nicest possible thing, for the nicest possible reason – my debut novel had been nominated for the Bollinger Everyman Wodehouse Comic Fiction Prize and this was the award ceremony night, at the Bollinger Bar in Mayfair. My favourite person was coming as my plus one (and prop for when I discovered the heels were, as they always are, a triumph of hope over experience).

Knowing that my capacity for drink has become severely limited since I hit my forties, I limited myself to one glass of champagne and felt both virtuous, delightfully dizzy and not migrainously ill. I didn’t win, but I did meet a load of lovely people and I did have a lovely time, especially after my friend Sarah – willing prop though she is – suggested that I could change back into flats after the first half hour without loss of dignity and perhaps, she intimated as she pushed me back to my teetering upright position, even some gain.

Then we went back to her flat where her lovely partner (who is almost good enough for her, and I have said this about only three partners of friends in my entire life, and I was lying at least once) cooked us lovely food and said lovely things about my book and the meaninglessness of awards anyway. I had one more drink, more delightful dizziness untainted by migrainous horrors, and was home by 11 o’clock.

And for the next 48 hours was a wreck. I mean it. I was no good to anyone. For a start, I was hungover. Hungover! After two drinks! In five hours! It is simply not possible to drink less than this unless you don’t drink at all, which is simply not possible. And anyway – that wasn’t even the real problem. The real problem is that I was exhausted. Not physically (although I was, somehow, that too) but everything else-ly. I was completely drained of resources. Couldn’t move, couldn’t talk, couldn’t think. I was technically a mineral for two days.

An alternative title for this column could be: “When Introverts Age”. Because this, essentially, is the problem. The official, maybe even clinical, definition of an introvert is someone who is depleted by social interaction (unless it’s on very particular and limited terms). An extrovert is restored by it. One can’t function with it, one can’t function without it. Our capacity for mingling is extremely limited to begin with and then, as the years pass they shrink and calcify even that. There is simply nothing useful or beneficial in life, from drinking ability to joint fluid, that time does not want for its own.

So, I cannot go out any more. If five hours (including travel time!) out of the house and seeing folk (in the very gentlest ways – see all the “lovelys” above!) now translates into two days of zombiedom, it is simply not sustainable. The maths doesn’t work.

I am glad I have learned about this internal shift before Christmas party season proper begins. Imagine if I’d gone along to a proper do. Just think if there had been loads of strangers, loads of booze, loud music, and it was miles away from home. Maybe I couldn’t have got back until midnight! Maybe even the early hours! What if I’d forgotten my flats? The imagination buckles under the weight of such terrors.

“Push on through!” extroverts will say, possibly even with a double exclamation mark as if this will encourage me more not less. And this is because of all the divides that exist between people, none is deeper, wider or more unbridgeable than that which exists between the people-people and the non-people-people. But because the former group is noisier, more active, more vocal about their needs and desires, society is designed – I don’t say maliciously, just that it often feels that way – by, for and around them.

They are baffled by those who stumble through it, meeting obstacles (or simply meeting meetings) at every turn and can only urge us to embrace what are to us profoundly unnatural behaviours, perverting every natural instinct we possess.

Well, one inadvertent benefit age does bring is the kind of bone-deep weariness that allows us to say: stop. Enough. We will no longer – we can no longer – ignore our inclinations and bend ourselves to your will. We are going to live life as it was intended for us. Quietly. Largely indoors. Largely alone. We will seek you out when we are ready. When our tiny social needs require it.

Why must we do otherwise? In pursuit of what? Conformity? Reprogramming the unreprogrammable? Would extroverts agree to stay in and see no-one because others felt their natural, harmless wish to meet and greet was weird and wrong? No. So why are we introverts not allowed just to… be?

Answers on a postcard please, so I can send them out in lieu of RSVPs.