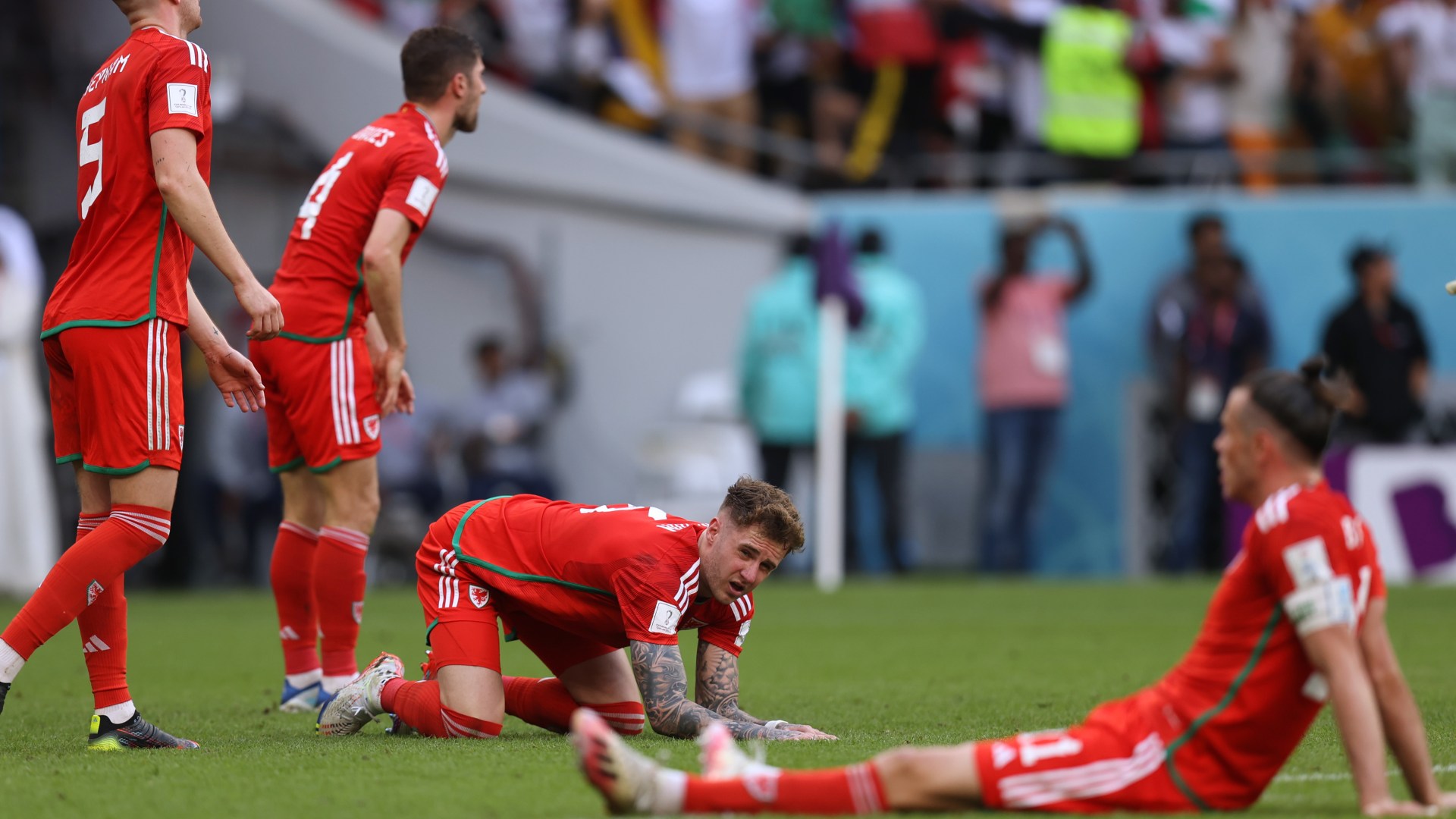 Wales suffered a late collapse after goals from Rouzbeh Cheshmi and Ramin Rezaeian earned a 2-0 win for Iran.

The two goals came in the 98th and 101st minute of the match after Wayne Hennessey was sent off in the 86th minute for serious foul play, leading to a frantic end to the World Cup clash in Qatar.

As a result, Rob Page’s side will need a victory against England to stand any chance of progressing to the next round.

After earning a point against the USA earlier this week, Wales were hoping to get maximum returns against Iran, but instead they looked second best against Carlos Queiroz’s impressive side.

Iran almost got the opener after just 15 minutes when Connor Roberts’ cross-field pass was intercepted leading to a chance for Ali Gholizadeh who converted from close range.

Thankfully for Wales, that goal was correctly ruled out by VAR for offside, much to the relief of the Burnley full-back.

In a fairly even match there was little to choose between the two nations, however a anxious 10-second spell in the second half indicated that luck was firmly on the side of the Welsh after Iran hit the post twice in quick succession.

With Aaron Ramsey giving the ball away on the edge of the area, Sardar Azmoun smashed the ball off one post, before the ball fell to Ehsan Hajsafi who curled an effort that rebounded off the other post before falling into Wayne Hennessey’s arms, leading Dean Saunders to tell talkSPORT: “We got away with one there!”

With Iran dominated, Brennan Johnson and Dan James were brought on to provide a different threat for Page’s side, leading to an incredibly open last half-hour.

Hennessey was then forced into another smart save to deny Saeed Ezatolahi, with Iran firmly knocking on the door for a winner, with talkSPORT commentator Nigel Adderley declaring ‘Wales are clinging on grimly for a point’ and saying that if Wales were to win it would be ‘daylight robbery’.

However things soon went drastically downhill with Hennessey sent off for serious foul play after charging out of his area, leading to a late charge from Iran as Cheshmi and Resaeian scored in the 98th and 101st minute to secure a late win.

Wales now have it all to do going into the last fixture in Group B, knowing that defeat here is a potentially fatal blow to their hopes of progressing.