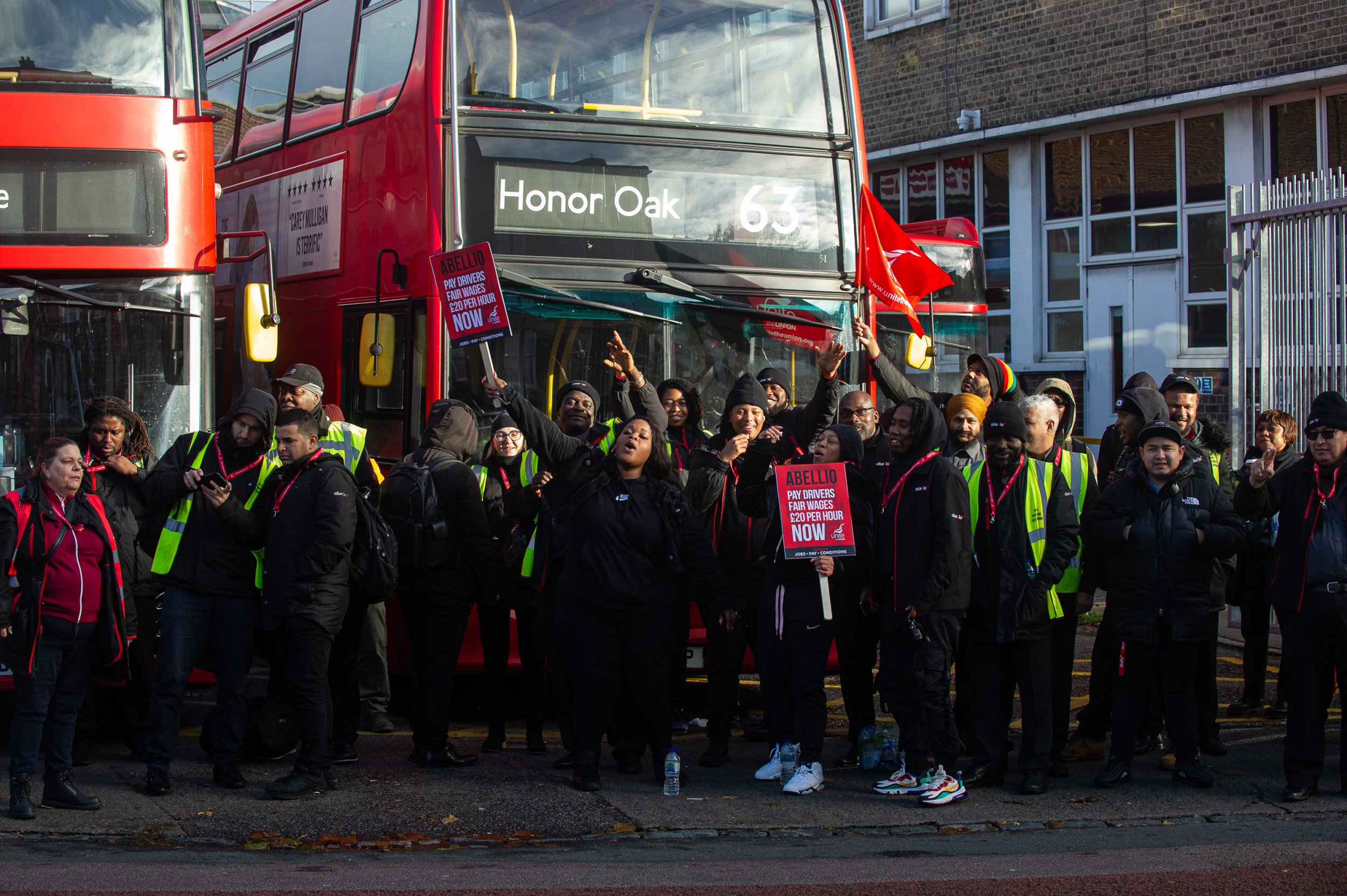 Bus drivers are embarking on another day of strikes in south and west London over pay and conditions.

The drivers, who work for Abellio, began 10 days of walk outs on 22 November.

Here’s everything you need to know about what routes are affected and how long it will last.

What has been said about the bus strikes?

Unite the union has said that the strikes come after bus operator Abellio failed to “enter into meaningful pay talks”.

Louise Cheeseman, director of buses at TfL, said: “We apologise for any disruption caused to Londoners. There still will be options for people to travel in west and south London, but other routes may be busier than normal.

“We’re encouraging everyone in these areas to plan ahead, check before they travel and leave more time for their journeys. Our free TfL Go app and website are really easy ways to check your travel.”

Customers are advised to check before they do so and leave extra time for their journeys and where possible opt for other routes, such as the Underground.

London Underground managers are pressing forward with imposing new rosters that cut the number of staff who will be available in the capital’s Tube stations, according to the RMT union, cutting 600 station staff roles, including at King’s Cross station.

Workers will embark on full strike action on Friday 25 November.

The stations affected may open later and close earlier or at short notice, TFL says, though trains will run as normal.

What has been said about the Tube strikes?

RMT general secretary Mick Lynch, said: “The King’s Cross fire was a pivotal moment in the history of the Underground and mass transit in Britain, and in the wake of the disaster, a completely new safety critical culture was built in which the vital role that staff play was fully recognised, on the basis that such a thing should never happen again.

“I’m urging the RMT to work with us and call off this action.”