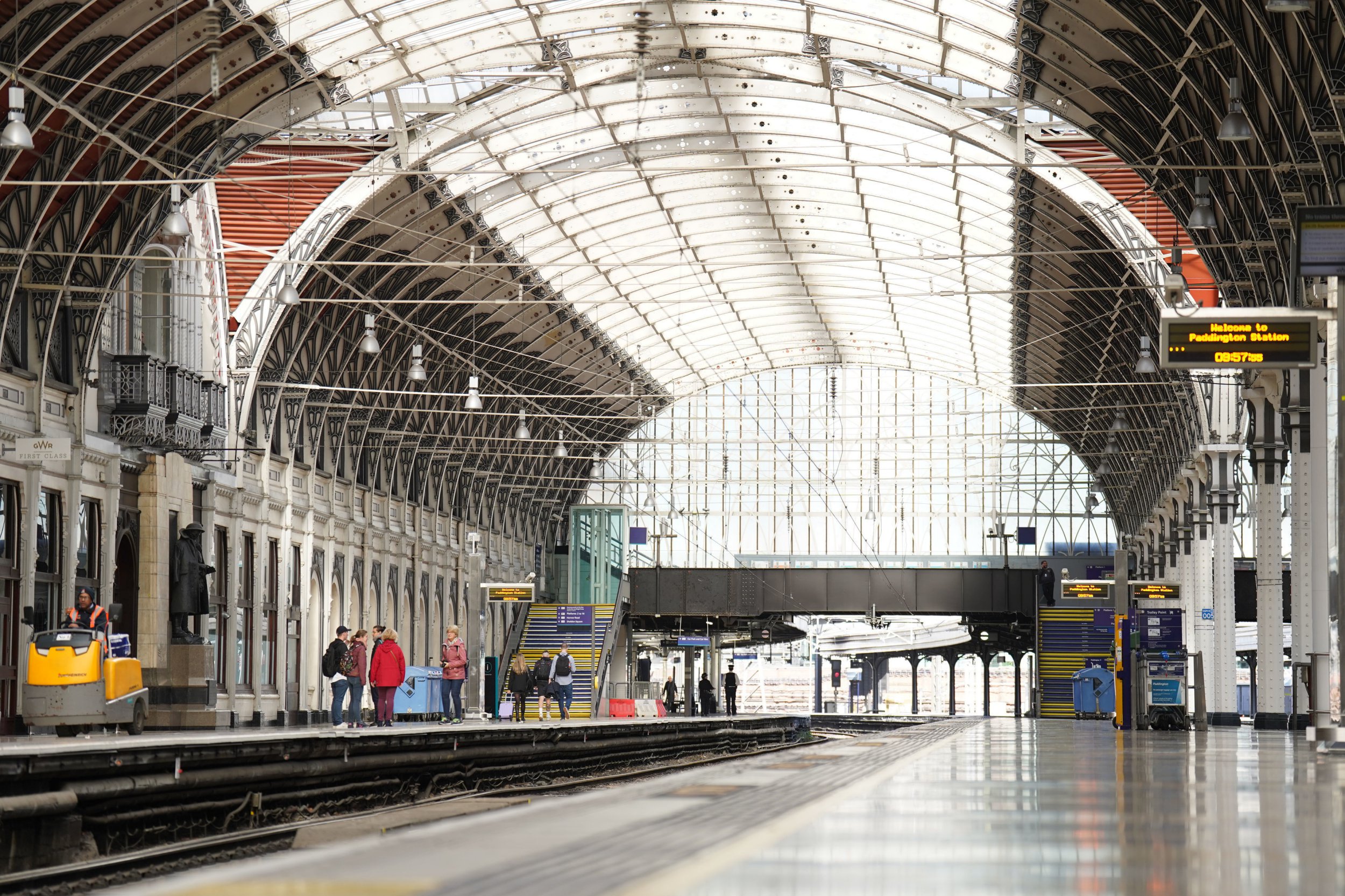 Railway workers are striking once again in the long-running dispute over jobs, pay and conditions.

Upcoming strikes have been organised by train drivers’ union Aslef, and the National Union of Rail, Maritime and Transport Workers (RMT).

The trade unions have been calling for better pay for their members amid the cost of living crisis, with inflation now at a 40-year high of 11.1 per cent.

Here’s everything you need to know.

Is there a train strike tomorrow?

Yes. The next scheduled strike is on Saturday 26 November 2022 , and it is action that has been taken by Aslef.

It will affect train companies throughout Britain and have a significant impact on their services. We can expect substantially reduced and revised timetables and no train services at all on certain lines.

Travellers should check the below links before their journey.

The following train operators will also be affected by this industrial action. They are still working on their timetable plans for the day and information will be provided as soon as it is known:

Are there any more strikes?

There will also be an overtime ban across the railways from 18 December until 2 January, meaning RMT be taking industrial action over four weeks in total.

The walkouts will disrupt travellers in the run-up to Christmas and those heading to major events, such as comedian Peter Kay’s comeback shows in London on Friday 16 and Saturday 17 December.

What about London Underground?

A strike is also planned at some Tube stations this week. The stations may open later and close earlier or at short notice but trains should run as normal.

These stations are likely to be affected:

You can go to TfL to plan ahead.

What have the unions said?

Discussing the upcoming strike on Saturday 26 November, Mick Whelan, general secretary, commented: “We regret that passengers will be inconvenienced for another day. We don’t want to be taking this action. Withdrawing our labour is always a last resort for a trade union.

“We have come to the table, as we always will, in good faith but while the industry continues to make no offer – due to the dodgy deal they signed with the DfT – we have no choice but to take strike action again.

“They want drivers to take a real-terms pay cut. With inflation now well into double figures, train drivers who kept Britain moving through the pandemic are now being expected to work just as hard this year as last year but for less. Most of these drivers have not had an increase in salary since 2019.

“We want the companies – which are making huge profits – to make a proper pay offer so that our members can keep up with the cost of living.”

In a statement, the RMT said: “Despite every effort made by our negotiators, it is clear that the Government is directly interfering with our attempts to reach a settlement.

“The union suspended previous strike action in good faith to allow for intensive negotiations to resolve the dispute.

“Yet, Network Rail have failed to make an improved offer on jobs, pay and conditions for our members during the last two weeks of talks.

“At the same time, Rail Delivery Group, representing the train-operating companies, have also broken a promise to make a meaningful offer on pay and conditions and even cancelled negotiations that were due to take place yesterday.”

The RMT’s general secretary, Mick Lynch, said: “This latest round of strikes will show how important our members are to the running of this country and will send a clear message that we want a good deal on job security, pay and conditions for our people.

“We have been reasonable, but it is impossible to find a negotiated settlement when the dead hand of Government is presiding over these talks.

“The employers are in disarray and saying different things to different people, sometimes at the same time. This whole process has become a farce that only the new secretary of state can resolve. When I meet him later this week, I will deliver that message.

“In the meantime, our message to the public is, we are sorry to inconvenience you, but we urge you to direct your anger and frustration at the Government and railway employers during this latest phase of action.

“We call upon all trades unionists in Britain to take a stand and fight for better pay and conditions in their respective industries.

“And we will seek to co-ordinate strike action and demonstrations where we can. Working people across our class need a pay rise and we are determined to win that for our members in RMT.”

What has Network Rail said?

A spokesman for Rail Delivery Group, which represents Network Rail, said: “We made real progress over the last fortnight of talks and for the first time in months we can see the outline of a credible deal.

“Further strikes, especially in the run up to Christmas, will disrupt the first normal festive season our passengers have been able to look forward to since the Covid pandemic, taking even more money out of the pockets of railway staff, and will cause huge damage to the hospitality and retail sectors dependent on this time of the year for their businesses.

“We owe it to them to stay round the table.

“Industrial action has already cost the industry millions in lost revenue, is stalling its post-pandemic recovery and threatening its long-term sustainability.

“We are asking the RMT to stay at the negotiating table, work with us towards a fair deal and end a dispute that is harming passengers, the industry, and their members.”