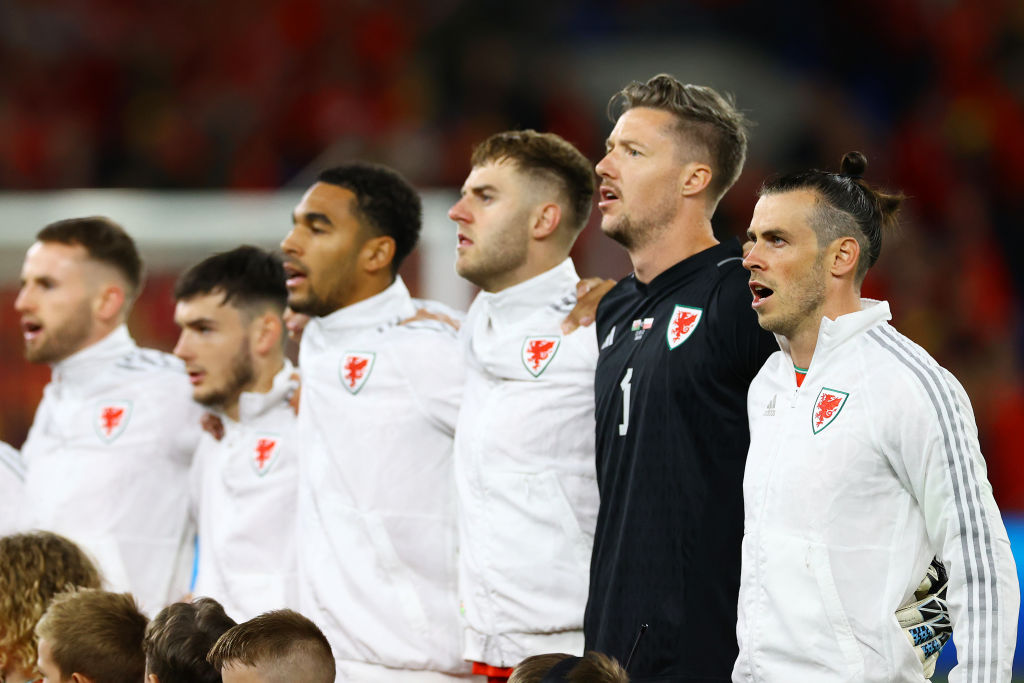 Wales are in Qatar to compete in their first World Cup in 64 years.

The Dragons and their fan base have become known for their passion and there is no doubt it will be shown on football’s biggest stage this winter.

Their national anthem, ‘Land of My Fathers’ or ‘Hen Wlad Fy Nhadau’ is seen as one of the best in the world and it will be roared once again by players and fans alike.

But what are the lyrics to the anthem and what is the history behind it?

‘Land of My Fathers’ was originally composed in 1856 before its first recorded use before a sporting event came in 1905.

The Wales rugby team sang it ahead of their match against New Zealand and since then it has been used for every game.

The national football team used to sing ‘God Save the Queen’ but then in 1975 they adopted the ‘Land of My Fathers’ as their anthem.

It is now played before all Welsh sporting events and has become an iconic moment before each match.

Although, after over 40 years of its use, the song has still never been legally passed as an official anthem.

It is based on Wales’ heritage and culture, with the lyrics referencing the country’s history of poetry, music and stunning landscape.

Full lyrics can be found below…

This land of my fathers is dear to me
Land of poets and singers, and people of stature
Her brave warriors, fine patriots
Shed their blood for freedom

Land! Land! I am true to my land!
As long as the sea serves as a wall
For this pure, dear land
May the language endure forever.

Old land of the mountains, paradise of the poets,
Every valley, every cliff a beauty guards;
Through love of my country, enchanting voices will be
Her streams and rivers to me.

Though the enemy have trampled my country underfoot,
The old language of the Welsh knows no retreat,
The spirit is not hindered by the treacherous hand
Nor silenced the sweet harp of my land.