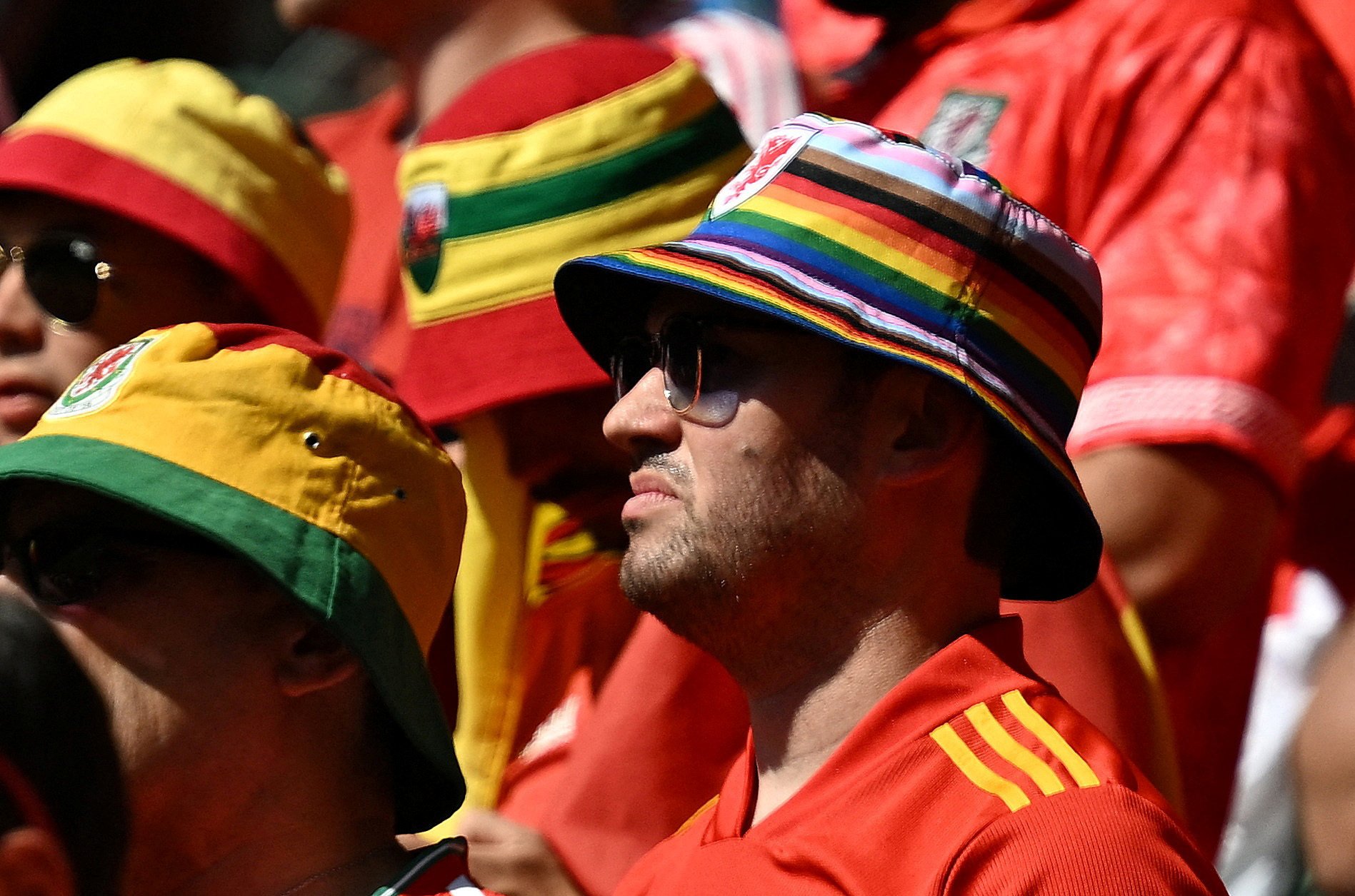 LGBTQ fan groups are still furious at Fifa and President Gianni Infantino despite a U-turn on allowing rainbow hats and flags into World Cup stadiums.

England and Wales supporters groups said they did not trust the governing body to make sure the items were allowed into stadiums for the rest of the tournament following the “disgusting” treatment of LGBTQ fans in Qatar.

Their remarks came as BBC reporter Natalie Perks said her cameraman had initially been turned away from England vs USA on Friday because he was wearing a rainbow coloured watch strap.

She tweeted: “Just arrived at the Al Bayt stadium for England’s game and my cameraman, wearing the rainbow coloured watch strap his son got him, was stopped by security and refused entry. Clearly the message from Fifa is STILL not getting through.”

Ms Perks said they were eventually allowed into the stadium after dialling a hotline the Qataris had set up for media crews who were experiencing problems. “This managed to help us eventually get past security,” she said.

On Monday, rainbow-coloured items were confiscated from fans ahead of Wales’s 1-1 draw with USA, the opening Group B game, sparking outrage.

By Wednesday night, the Football Association of Wales (FAW) said Fifa had confirmed fans with rainbow colours could enter the Ahmed Bin Ali stadium for Friday’s clash with Iran, which Wales lost 2-0.

Half an hour before the Iran game kicked off ex-Wales captain Laura McAllister, who was among those asked to remove her hat before the USA game, tweeted a photo of a rainbow hat captioned “Mewn”, the Welsh word for “in”.

But in the run-up to the match on Friday morning, Welsh fans’ group Rainbow Wall tweeted: “Fifa, we still don’t believe you. Your treatment of LGBTQ+ fans and allies this World Cup has been disgusting.

A spokesperson from England supporters’ group Three Lions Pride wrote: “Fifa have shown again and again that their word means nothing.

“Infantino was quick to write letters and make speeches to try and silence those challenging assurances before the World Cup started, why is he so quiet now?”

No Pride Without All tweeted: “Fifa have finally said what happened to fans and journalists this week shouldn’t have happened and have taken steps to prevent a recurrence.

“Given how empty the assurances it wouldn’t happen in the first place were, why should this be believed?”

Many LGBT fans have refused to travel to Qatar due to fears over their safety, with Three Lions Pride and the Rainbow Wall groups both choosing to stay at home.