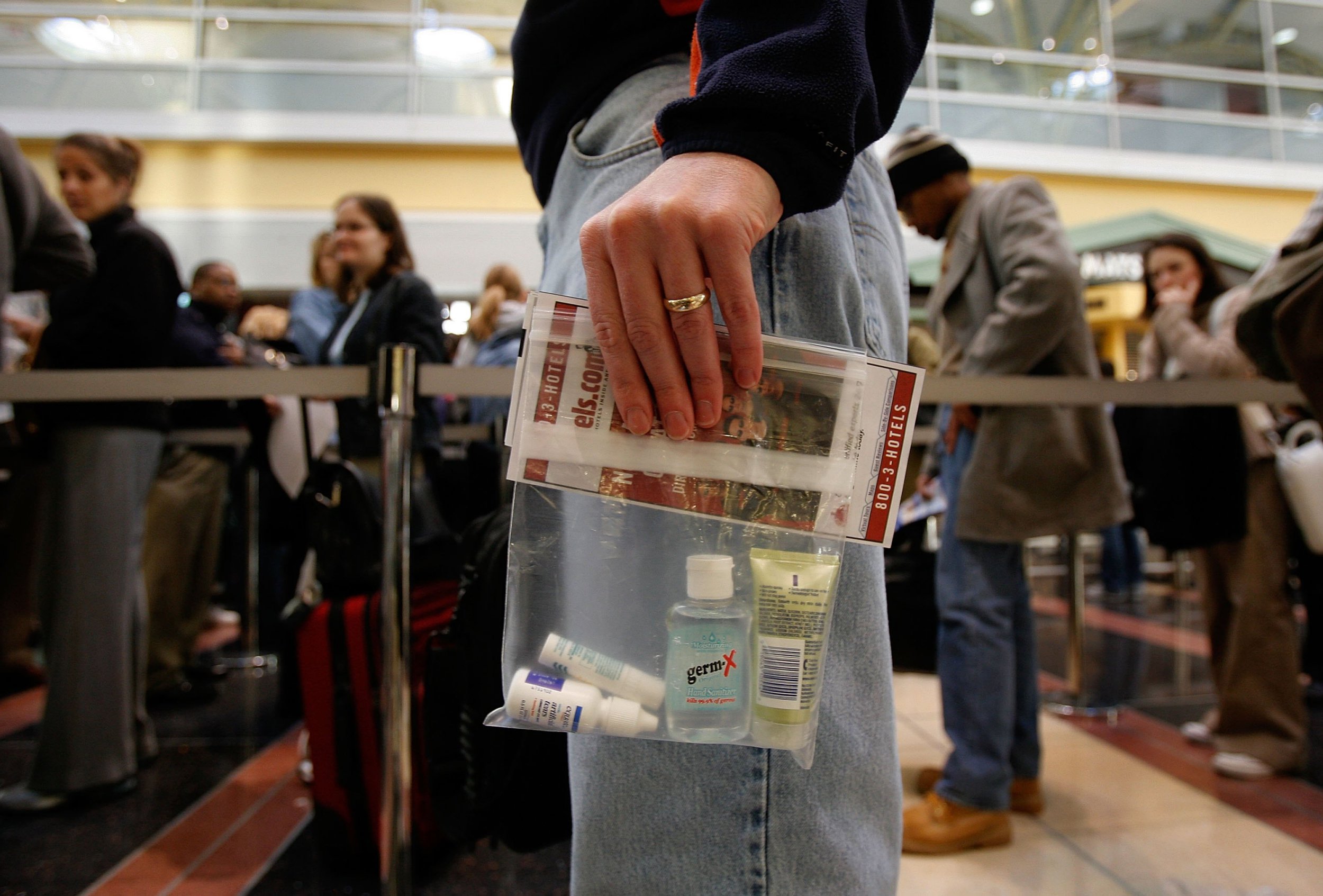 There is a very real prospect that the liquid limit is going, thanks to some complicated technological wizardry. Hurry the f**k up!

I have a lot of personal failings. I am overly confident of my own abilities (I don’t think swimming the Channel looks that hard), I feel like I deserve a “little treat” every time I make it through a day without any major cock-ups, and I double-book myself at least once a week.

Why do I do this? No idea. Maybe I like the thrill of having my luggage pored over by a bored man in latex gloves. Perhaps I’m fundamentally lazy. Or possibly it’s the trauma of holding up containers shouting, “Is this a liquid? Or a paste? Or a gel? IS LIP BALM A GEL?” the night before a holiday. All I know is that I’ve watched a stranger take my pants out in a public place before throwing away 125ml of lubricant one too many times.

So it was with great glad tidings that I received this week’s big news: there is a very real prospect that the liquid limit is going, thanks to some complicated technological wizardry. No more little plastic bags – which some airports even have the gall to charge you for.

Historically I’ve been suspicious of technology. It brought us nuclear war, global warming and Twitter. I firmly believe that robots will probably be the thing that ends our society. But finally, something good has come from technological advances.

According to The Times, ministers are reviewing a trial of the technology at London Heathrow airport, which has been going since 2017. American airports already use this technology, and we know how much they enjoy security. Further reports from the BBC claim that the rules for taking liquids on flights could be gone by 2024, depending on how long it takes for airports to introduce the 3D hand luggage scanners.

To whoever is in charge of installing those scanners, I say this: please hurry the f**k up and get it done. The happiness of Britain’s holiday-going population is in your hands. Sure, these scanners are intended for anti-terrorism work, and we all love that. But much more importantly they’re making the process of going on holiday less awful.

By the time you’ve managed to get to the airport, navigate the kind of parking that Dante would have drawn circles around and been financially ruined by excess baggage, the little plastic bags are the final straw.

Airports bring out the worst in most of us. The departure lounge is basically a shopping mall marinated in other people’s arguments. The panicky become more panicked. My dad, like all fathers at airports, would ideally still hold all of our passports, despite the fact that his children are respectively 31, 29 and 26. The spendthrifts among us become unable to control themselves at the prospect of a bargain, despite the fact that airport shopping is unquestionably not any cheaper than shopping at home, especially when you factor in that you’re purchasing tiny shampoos and glittery sun hats that you don’t need.

Perhaps this is a watershed moment for air travel, and it’ll return to the glamourous romanticism of the 1960s, where an airport was a destination of delight, part of your holiday, not a place to have a fight with your partner and then pay £11 for an 8am pint.

If this means that we will no longer have to stand, bleary-eyed, shoving our toiletries into little plastic bags before a 5am flight, then I’m killing to renege on my scepticism of technology. If I can take a full bottle of shampoo in my suitcase then screw it, bring on the killer robots.