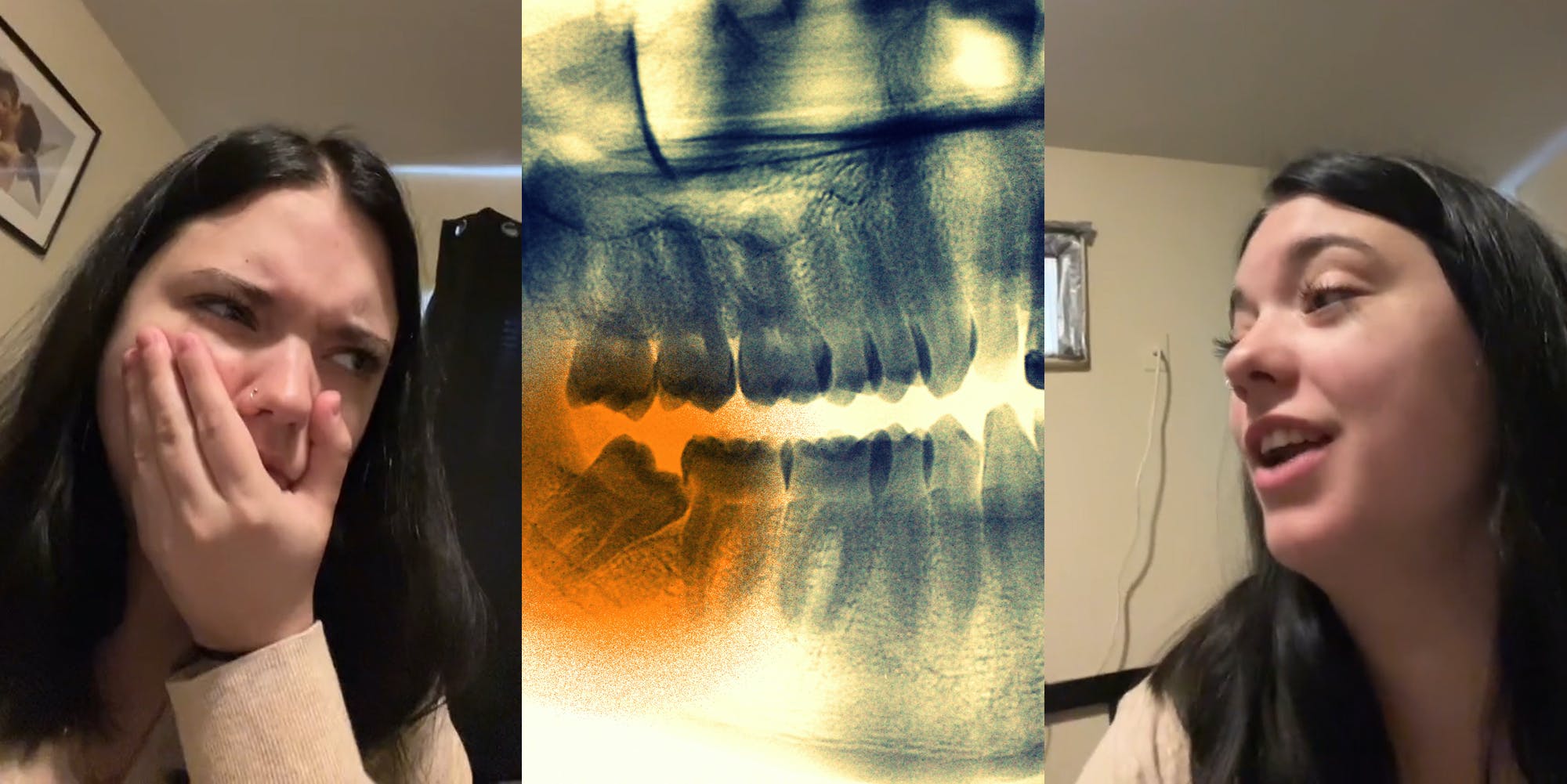 One TikToker is shedding light on the troubles many retail workers face when it comes to working Black Friday—one of the biggest shopping days of the year.

In a recent video viewed more than 400,000 times, user Chloe (@chloeamelix) recounts a time when she was 19 and her manager forced her to work during Black Friday even though she was recovering from getting her wisdom teeth taken out. In the video, Chloe narrates the different conversations she had with higher-ups in the lead-up to, and during, Black Friday.

She recounts how she had requested a whole week off, but then a few days before her procedure, her manager told her that she would still have to work Black Friday.

“I requested this off like six weeks ago,” Chloe explains.

The TikToker says her manager then proceeded to tell her “everyone has to work Black Friday.” Her manager said that she’ll only have to work a short shift that day, and she would get Thanksgiving off. Throughout the video, Chloe doesn’t reveal what company she worked for at the time.

In the video’s third vignette, Chloe acts out her experience working Black Friday while recovering from her surgery. She says she met with the district manager of the store who she remembers being overly cheerful while she was still struggling with pain from her procedure.

“Well, I’m still really bruised and I have painkillers in the back and I’m going to need to be taking those quite a bit,” Chloe says.

Her manager then allegedly told her to greet customers at the front of the store because of her “cheery” demeanor. Later, Chloe claims she was told she’s not allowed to go back and take her painkillers during her shift without her manager’s permission.

“You were scheduled to work so you have to work and you have to not slack off and keep going to the back just to take your Advil,” Chloe acts out the manager saying.

“If I don’t take my Advil, I’d be physically unable to work,” the TikToker says

Chloe added in the comments section of the video that she had quit the job shortly after the ordeal, and she doesn’t work in retail anymore.

The novelty of going in-store to hunt for Black Friday deals has worn off in recent years, according to the Washington Post, with people opting for online deals such as those found on Cyber Monday. However, the pressure put on retail workers hasn’t gone away, Axios reports, with a lot of it moving to logistics and warehouse workers. And historically, retail workers have dealt with belligerent customers, and in a time of post-COVID lockdowns, the worry of workplace violence continues to linger.

Many commented on Chloe’s video that they would’ve quit if they were in her position.

“I’m sorry I would’ve quit,” one commenter said. “I don’t care if I have no job to go to immediately, I wouldn’t accept this shit.”

“Makes me semi grateful I had emergency surgery and they literally have no choice but to give me the time off,” another person said. “I get to skip almost all of peak season.”

Allyson Waller is freelance writer for the Daily Dot. She’s a graduate of the University of Texas at Austin and has written for other publications such as the New York Times and the Miami Herald. Outside of the journalism world, some of her joys include delving into book recommendations from TikTok, listening to pop culture podcasts, and playing with her dog, Theo.