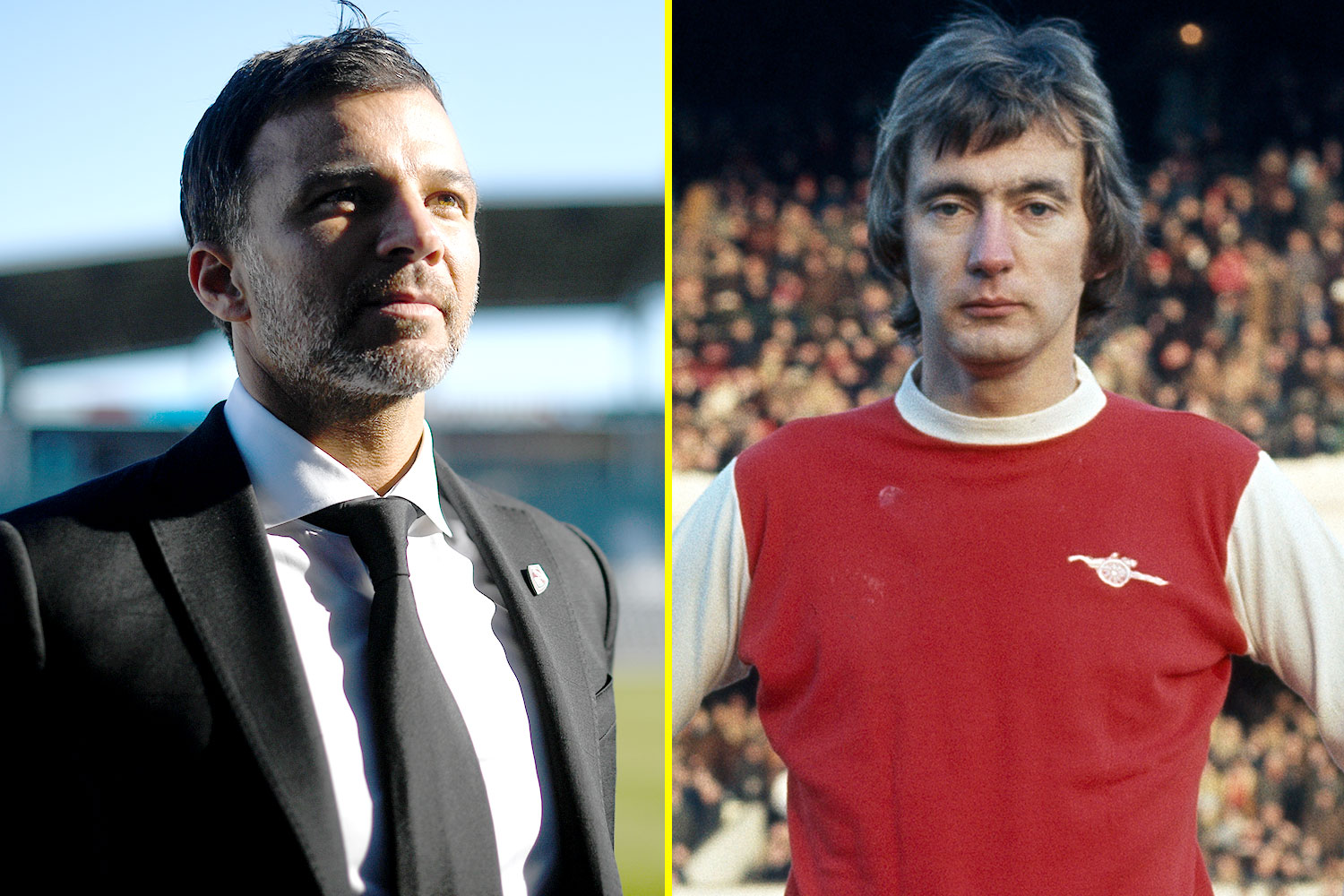 USA assistant boss Anthony Hudson reckons dad Alan will not be upset if he helps mastermind a win over England at the World Cup.

The 41-year-old, whose father played for Chelsea, Arsenal as well as the Three Lions, is a key member of the American coaching staff going into Qatar.

After being promoted from his Under-20 role by head coach Gregg Berhalter, Hudson is looking to make a huge impression at the global tournament.

It is five years since Hudson resigned as New Zealand’s boss after they failed to secure World Cup qualification in 2018 by losing to Peru in their two-legged play-off.

But he now finally has a chance to show why Harry Redknapp once described him as a ‘young Jose Mourinho‘ in 2011 prior to being appointed at Newport.

Hudson was born in America in 1981 when dad Alan was playing for Seattle Sounders before returning to England with his father, who joined Stoke four years later.

A former West Ham youth star, Anthony turned to coaching after coming up short in his ambition to become a professional following stints in the Netherlands with NEC Nijmegen and USA at Wilmington Hammerheads.

He landed his first managerial job aged 27 at American minnows Real Maryland, before returning to the UK to coach Tottenham‘s reserves.

After then moving to Newport, he enjoyed a spell in charge of Bahrain’s national team, before winning the OFC Nations Cup with New Zealand prior to his resignation in 2017.

Just six days after leaving the All Whites, he took charge of MLS side Colorado Rapids where he lasted almost three years, leading him to join the set-up at USA’s national side.

And despite being desperate to inflict a defeat on Gareth Southgate‘s squad, Hudson has insisted his dad, who played twice for England in 1975, is rooting for America.

“Because I’ve got to be honest, my old man loves America and I think he believes in them and American soccer.

“When I was coaching in Colorado he came out and spent a week, went to the DC United game where [Wayne] Rooney played, and then he spent the week with us.

“He came into training – he actually came into one of the meetings and it was a really emotional time for him because he just loved his time here.

“And he’s also been following what’s been going on here, he’s obviously played for the [Seattle] Sounders, they’ve invited him back a few times and you know when that place is filled up in Seattle it’s incredible.

“One time he came out he was presenting on the field, so honestly he really wants America to do well.

Hudson then reflected on the heartbreak he suffered with New Zealand, as he remarked: “It was a really sore experience the game in Peru.

“You look back and you learn as a coach, firstly you learn so much, there’s things that you feel you could have done differently, but then also in the end once you get over the pain – and it was painful.

“The easy part was going into another job, so straightaway your focus is on that. I have to say, I look back on that whole experience and the journey we had together as staff and players like a really special time in my life.

“I think to experience the Kiwi culture is something I’m a better person for. It’s an amazing culture, to experience the humility of their culture and what family means and just really good people – hardworking people.

“And to share a journey through a qualification process, tournaments, the Confederations Cup, the Nations League, all of that was amazing.

“And learning about the Maori culture, it was a really incredible experience with a group of people that gave everything.

Relishing his new role, Hudson believes this American side are the most technically gifted players the country has produced.

There is an abundance of USA stars plying their trade in Europe’s top five leagues, with Christian Pulisic, Brenden Aaronson, Tyler Adams and Antonee Robinson shining in the Premier League.

Meanwhile, Giovanni Reyna and Joe Scally have been a hit in the Bundesliga, ex-Arsenal academy ace Yunus Musah is lighting up LaLiga with Weston McKennie and Sergino Dest impressing in Serie A.

America fielded the youngest line-up in the World Cup qualifiers from across the globe, with an average age of 24 years and seven days.

Asked whether this is the best crop of American talent there’s ever been, Hudson stated: “Yeah, I think in terms of potential.

“America in the past have always had some really, really top players.

“This feels a little bit different in the sense that I feel the type of player that’s been developed and coming through – a lot more technical players.

“And also players that are going off to really top clubs in big leagues in Europe.

“But also we’re very young as well, we’ve got some top players and it’s exciting to see where they could go in their careers for sure.”

USA kick off their World Cup campaign against Wales on November 21, before facing England and Iran.