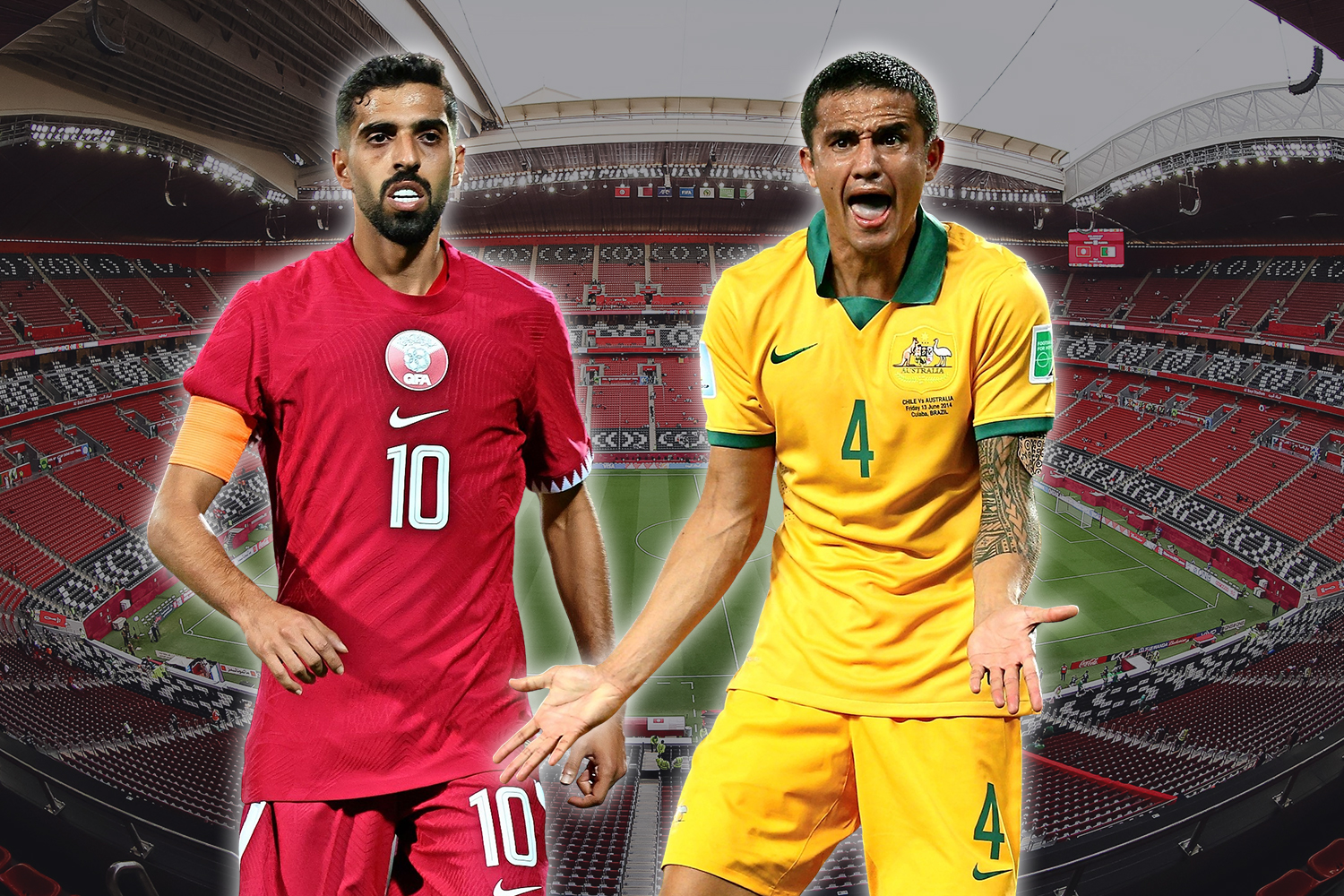 Qatar’s national football team are playing in their first ever World Cup finals and will want to hit back from their opening day defeat.

They become the first hosts ever to lose their opening World Cup game and must bounce back against Senegal today.

It’s fair to say the hosts’ path to this tournament is the first of its kind, when looking at the country’s unique history and methods behind their rise in the world rankings.

Since Qatar were awarded the 2022 World Cup by FIFA back in 2010, they’ve reached the semi-finals of the Gold Cup, won the Under-19 Asian Championships and are reigning Asia Cup champions.

But whilst the country’s youth sides did enjoy some success back in the 1980s, Qatar hasn’t exactly been renowned for its football.

However since the 2000s, the World Cup hosts have invested billions into getting its football team to compete with the world’s best.

So, how did a country with a population of 2.9million, and the same number of Qatari citizens as there are residents in Leicester, get to be ranked 50th in the world ahead of this winter’s tournament?

Nicknamed the Maroons, Qatar played their first international game in 1970 in a loss against Bahrain. They even faced Brazil in a friendly three years later, coming up against the iconic Pele.

But it was in 1981 when they first made any kind of stamp on football, reaching the youth World Championship final against West Germany – which saw Qatar lose 4-0 – after beating the likes of England and Brazil.

The country was managed by ex-Brazil and Barcelona star Evaristo de Macedo – setting the trend of Qatar having managers from overseas.

Since 1969 the country has had a mammoth 43 different coaches – three of which were Qatari.

Even before they were awarded the 2022 World Cup and automatically given a place at the tournament as hosts, Qatar wanted to push their footballing team to new heights.

After originally wanting to bring in players from overseas to improve their national side, such as the likes of Brazil and Borussia Dortmund star Dede, FIFA changed the rules surrounding players being able to represent countries.

But with the caveat that players could represent a country so long as they spend time in the country living or working there.

Uruguayan Sebastian Soria, who came to represent Qatar in this way, is now the country’s second most capped player, with 126 appearances.

Our 🇶🇦 national team squad for the #2022WorldCup

But Qatar still had the desire to grow their own sporting talent at home – and so, the Aspire Academy was born. Located in Doha and costing £1.2billion, Aspire scout out talents from across Qatar, Africa, Latin America and south east Asia.

With the aim of both exposing kids to high quality talent and train them to play in the Qatari team, the academy gives grants to kids the age 11-18 to provide them with education and training with the hope they will one day represent them on the world stage.

Cahill, who football fans know best for his career in the Premier League, was appointed as chief sports officer at the academy last year.

On Qatar’s unique set up, the former Australian World Cup star said: “The Qatar national team – they’re a unit. It’s unique to see players grow together, to see the chemistry and the leadership.

“You know, there’s there’s no negotiations when it comes to the national team set up, there’s no stone unturned. And I’m seeing it. I look out the window and I see the first team train and also the youngsters train, it’s all about attention to detail.

He continued: “So this I think, is a great benchmark for a lot of the federations around the world to look at Qatar and say, hang on, yes, they’ve invested a lot of money, but how have they spent it.

“What small bits can I take [from Qatar] to be competitive at that level?”

I’m excited to be able to share my first step into the business executive world by taking on the role as Chief Sports Officer at ASPIRE Academy. @Aspire_Academy https://t.co/fsnAxBMN9N

The Aspire Academy has produced 18 of the players in the Maroon’s 26-man squad for the 2022 World Cup.

13 of those stars were born in Qatar, whilst 10 were born overseas, and three had no connection to Qatar before arriving as professionals.

Star Akram Afif – was the first Qatari to play in LaLiga for Villarreal – and Almoez Ali both came from the Aspire Academy.

Their manager, Spaniard Felix Sanchez, has been in charge since 2017 and led them to 2019 Asia Cup glory.

And Qatar’s squad have had to endure a six-month training camp, playing friendlies across the world, including one against Serie A side Udinese .

They had planned to play against Championship outfit Watford, but the Hornets called it off due to fan concerns over the country’s human rights record.

It’s definitely been a unique lead up to their first ever World Cup, but fans will be itching to see how the host’s get on as they look to carry on Qatar’s rise in world football.