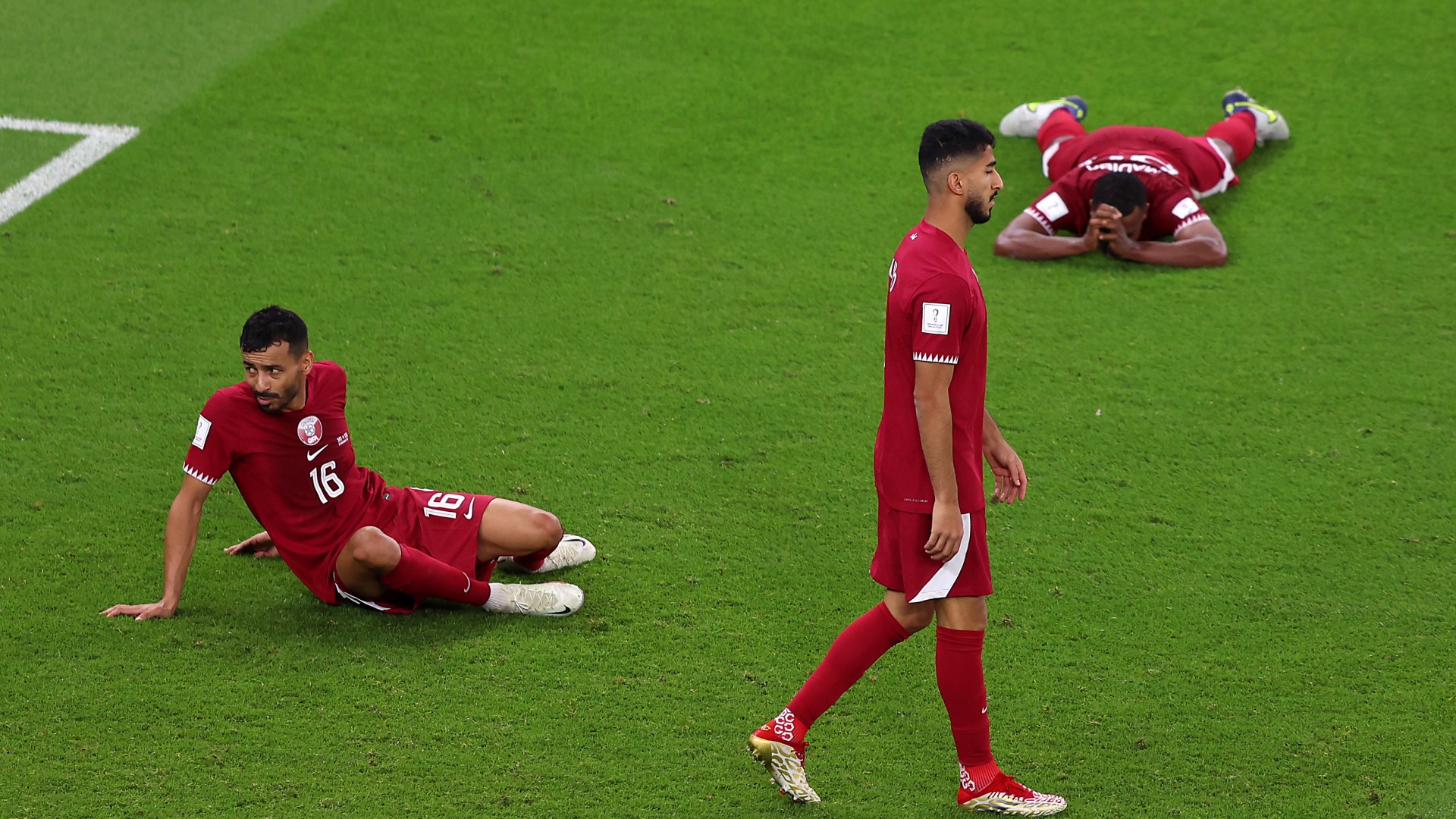 Host nation Qatar are on the verge of getting knocked out of the World Cup after two games, despite scoring past Chelsea goalkeeper Edouard Mendy in a 3-1 defeat to Senegal.

The Middle East side fought to the end but will be eliminated from their own tournament should the Netherlands avoid defeat against Ecuador at 4pm later on Friday, LIVE on talkSPORT 2.

There were chances for both Watford forward Ismaila Sarr, who was making his 50th cap for his country, and Everton’s Idrissa Gueye, but both fired wide of the target.

Qatar’s Akram Afif later went down under a challenge from Sarr in the penalty area, but Spanish referee Antonio Lahoz waved play on.

Mendy, who came in for some criticism during Senegal’s first match, and has been dropped to the bench by Chelsea boss Graham Potter in place of Kepa Arrizabalaga, made several stunning saves.

The hosts went in search of an equaliser, but Bamba Dieng struck late on to ensure Qatar remain bottom of the group after two matches played.

Senegal, following the win, become the first African team to secure a victory at this World Cup.