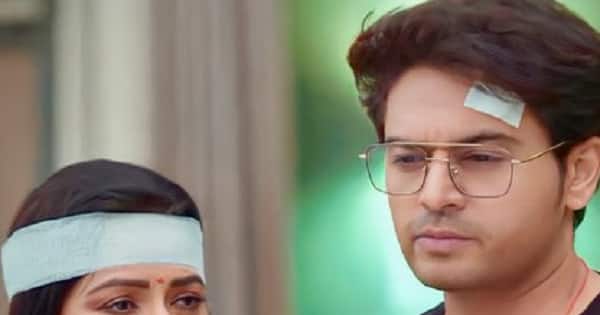 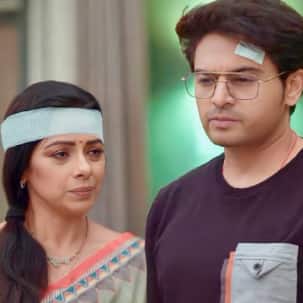 Anupamaa viewers will see two new members in the show Dimpy and Nirmit who meets Anuj and Anupamaa while they are in their mini gateway, by the horrific incident that takes place where Dimpy gets sexually assaulted by the goons, they meet on the way will change their world upside down. Dimpy is an innocent girl who is very much in love with her husband Nirmit and completely trusts him that no matter what he will always be by his side. But in today’s episode, we saw how Nirmit is not able to accept Dimpy after what happened with her and Anupamaa even tries to confide to him that it’s Dimpy who has left her entire world for him as they together eloped to get married due to her parents non-agreement and now, he is abandoning while he should be her strongest support. Also Read – Ghum Hai Kisikey Pyaar Meiin actor Neil Bhatt to Yeh Rishta Kya Kehlata Hai hunk Harshad Chopda and more: Transformations of popular TV actors

Dimpy is shattered by Nirmit’s ruthless behaviour, and she slams him and even freaks her mangalsutra and throws in his face. And now the reports suggest that Anupamaa will turn her support and ask her to stay in her house, while Dimpy who is an independent girl will start working with Anupamaa and even join her dance class as will be learned later in the episode that she is a very good dancer. Also Read – TRP Report Week 46: Anupamaa proves it’s unbeatable as it sends Ghum Hai Kisikey Pyaar Meiin back to second spot

Dimpy will meet Samar in the dance academy and there might be a love blossom in Samar’s heart and Anupamaa will feel that. It is suggested that Samar and Dimpy might get married and be one. But for now, these are just reports and like always the makers will continue to surprise they viewers with unexpected twists. Also Read – Anupamaa twist: Rupali Ganguly-Gaurav Khanna’s action sequence leaves fans impressed but the end has them heartbroken [VIEW TWEETS]