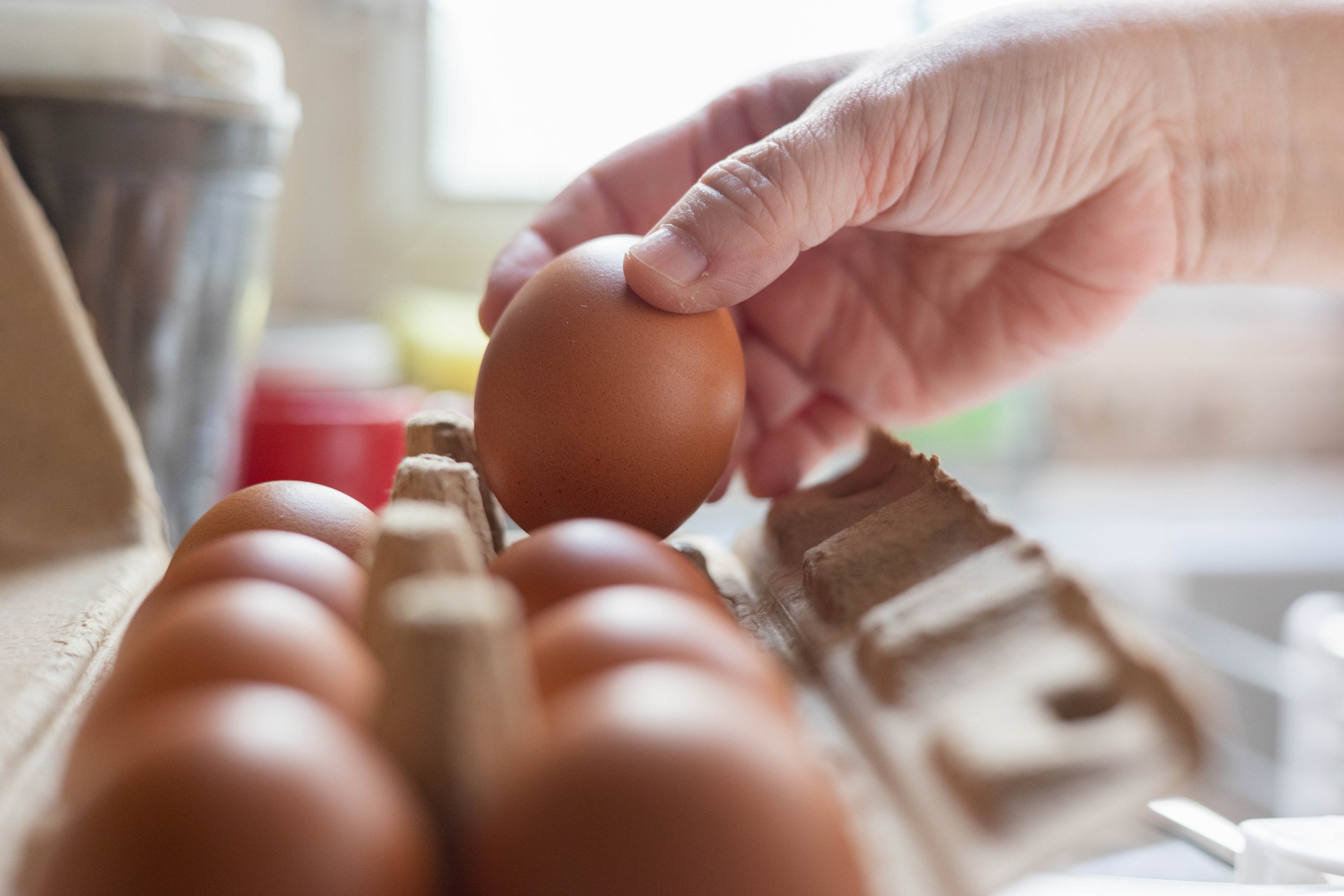 Shameful. Shocking. A game of brinksmanship. These are just a few ways in which British farmers have described Sainsbury’s importing Italian eggs to stave off the egg shortages currently afflicting major retailers.

Sainsbury’s – or rather, the British Retail Consortium, which represents them and other major supermarkets – is pointing the finger at avian flu as the reason for the shortage, which has been responsible for the loss of 750,000 laying hens since Saturday 1 October. It is the largest outbreak of avian flu ever seen in the UK.

Yet when it comes to egg shortages in supermarkets, farmers argue avian flu is not the main problem, but a scapegoat, allowing Sainsbury and other supermarket chains to distract customers from their continued refusal to pay egg farmers a sustainable price.

“It’s frustrating, because we told them what would happen back in April,” says Daniel Brown, a free-range egg farmer in Suffolk.

“We went to the media to say our input costs are rocketing thanks to the cost of electricity, chicken feed, interest rates – all these financial problems caused by Covid and the war in Ukraine and so on – and that we need another 40p per dozen to keep producing.

“We said that unless out costs are covered, you will be running out by autumn, and they didn’t respond. So now it’s the run-up to Christmas, and many farmers haven’t refilled their sheds with pullets, and here we are.”

His exasperation is palpable. Sure enough, when I look up the statements issued in April by the British Free Range Egg Producers Association (BFREPA), it says that the cost of feeding hens had jumped 50 per cent, energy prices had increased by 40 per cent, fuel costs had increased by 30 per cent, and other costs, such as labour and packaging, had also risen in the previous six months. Fifty-one per cent of the farmers they surveyed were seriously considering stopping production, unless the price they are paid improves.

Fast-forward seven months, and many of those farmers have been true to their word. They’ve given up on farming entirely, or they’ve not ordered in new pullets so their flocks are diminished.

Data from the Department for the Environment, Food and Rural Affairs (Defra) suggests chick placings are down 17 per cent in the egg laying sector, with a further drop expected in January. A more recent survey of free-range producers showed that 33 per cent had either reduced their flock sizes, paused production temporarily or left the industry altogether.

“Fewer hens means fewer eggs [and] egg supply naturally tightens at this time of year,” says BFRPA’s chief executive Robert Gooch. Supermarkets typically pay 109.7p per dozen eggs – but that is well below 138.58p, the price at which the BFRPA say farmers can even begin to start making a profit. “Many of our members are losing money on every egg laid, and even those who are making a small profit do not see a long-term future.”

Richard Crampton, director of fresh food at Sainsbury’s, says the company has increased what it pays this year. “In June we accelerated our support, making a meaningful 20 per cent increase in the amount we pay for eggs, and last week we further doubled this investment, paying an additional 20 per cent. This brings the total we have increased pay by over the past 12 months to around 40 per cent.”

Crucially, though, he adds: “While we do not buy eggs from farmers directly, we are working very closely with our own-brand packers to ensure farmers are fully supported with this investment.”

These increases have not been passed on to the egg farmers, say Ben Pike from BFREPA: “It looks like they are trying to blame the packer for trousering the increase, but the retailer has all the power in the supply chain to insist that the packer passes on the money – something that hasn’t happened.”

So where does avian flu come in? Well, it has not helped matters. The moment the disease is detected on a farm, the entire flock has to be culled – compounding the financial uncertainly farmers feel when it comes to future orders.

“Farmers are scared. They don’t how they’re going to pay their bills. And now there’s the risk of their whole flock being culled, which would send them into debt very quickly. It’s understandable that farmers are questioning whether they should order 35,000 pullets to arrive in April,” points out Arthur Parkinson, a gardener, environmental campaigner and author known for raising chickens.

Yet avian flu has had little impact on laying hens compared to other farmed birds. “The vast majority of poultry affected have been turkeys, ducks and meat chickens. Just 2 per cent of the industry has been affected by avian flu, compared to 20 per cent of turkeys,” says Brown.

In a normal year, there would be enough slack in the system to lose 750,000 birds without people noticing, he continues – “but when the number of overall birds has gone from 41 million down to 36 million birds since spring, because of not restocking, it’s a relatively greater loss.”

The most immediate challenge avian flu presents to free range egg farmers is that whenever there’s an outbreak, they are mandated to keep birds indoors. “Over the last year, chickens have spent six months indoors. That is half the life of a layer hen. It’s a huge amount of time for their welfare to be so impacted,” says Sara Ison, head of research at the animal welfare campaign Compassion in World Farming.

Many farmers have gone to great lengths to ensure indoor spaces have all the toys and dust baths hens need to stay happy – but again, this costs money. Those farmers who care about their animals would sooner scale back on restocking than compromise their welfare long term.

“A shameful day when Italian laid eggs from goodness knows what farm or conditions are sat on a major British supermarket shelf not laid under our British welfare standards for laying hen welfare,” he wrote angrily. “We saw what supermarkets did to the dairy industry by squeezing and squeezing; now they will do it to our egg industry, forcing smaller producers out of production and allowing mega farms to dominate.”

Given that the current strain of bird flu (HPAI) is believed to have originated in intensive poultry farms in East Asia in 1996, the prospect of these types of farms dominating British egg production should be deeply concerning. So, too, should the prospect of compromising Britain’s already lamentable self-sufficiency – and our welfare standards, which are some of the best in the world – by importing eggs from intensive farms abroad.

Last year, free range eggs accounted for around two-thirds of eggs produced in the UK – a trend major retailers claim they wish to consolidate, having pledged to go cage free by 2025. But as things stand, many farmers aren’t receiving enough money to even continue production, let alone convert to or continue to invest in free range.

The answer is simple, according to BFREPA. “We need to see farmers paid a sustainable price to restore confidence and optimism to the sector,” says Gooch. Proof of the pudding lies in the market. Though Lidl, Aldi, Tesco and Sainsbury’s are all reporting shortages (with Tesco the latest to instate rationing), those retailers which have been paying farmers a fair price for their eggs all along are continuing to receive a steady supply.

“We have models in place that measure the inflation facing our farmers, and look to ensure they are receiving a sustainable price for their eggs. It helped us during Covid, when suppliers were challenged, and it’s helping us now,” says Jake Pickering, partner and senior manager for agriculture at Waitrose.

All farmers across the UK are equally impacted by avian influenza – which appears not to discriminate between free range, organic, barn or battery farms – “but we are not all impacted by shortages at the moment, and we are not having to compromise our welfare standards. We’ve been free range across our supply chain since 2008,” he says.

Stallholders at Borough Market in London report no shortages. Brown, who sends a few pallets of eggs a week to farmers’ markets, confirms that “when you say the price needs to go up by 40p per dozen, it goes up. So the farmers markets’ aren’t short of eggs at present.”

Perhaps if one good thing does come of this, it will be that both retailers and their customers recognise that farmers also face a cost-of-living crisis; and that, as Parkinson so eloquently puts it, “for something as beautiful as an egg, that hens are happy to lay and that they don’t have to be killed for, we might have to pay a bit more.”