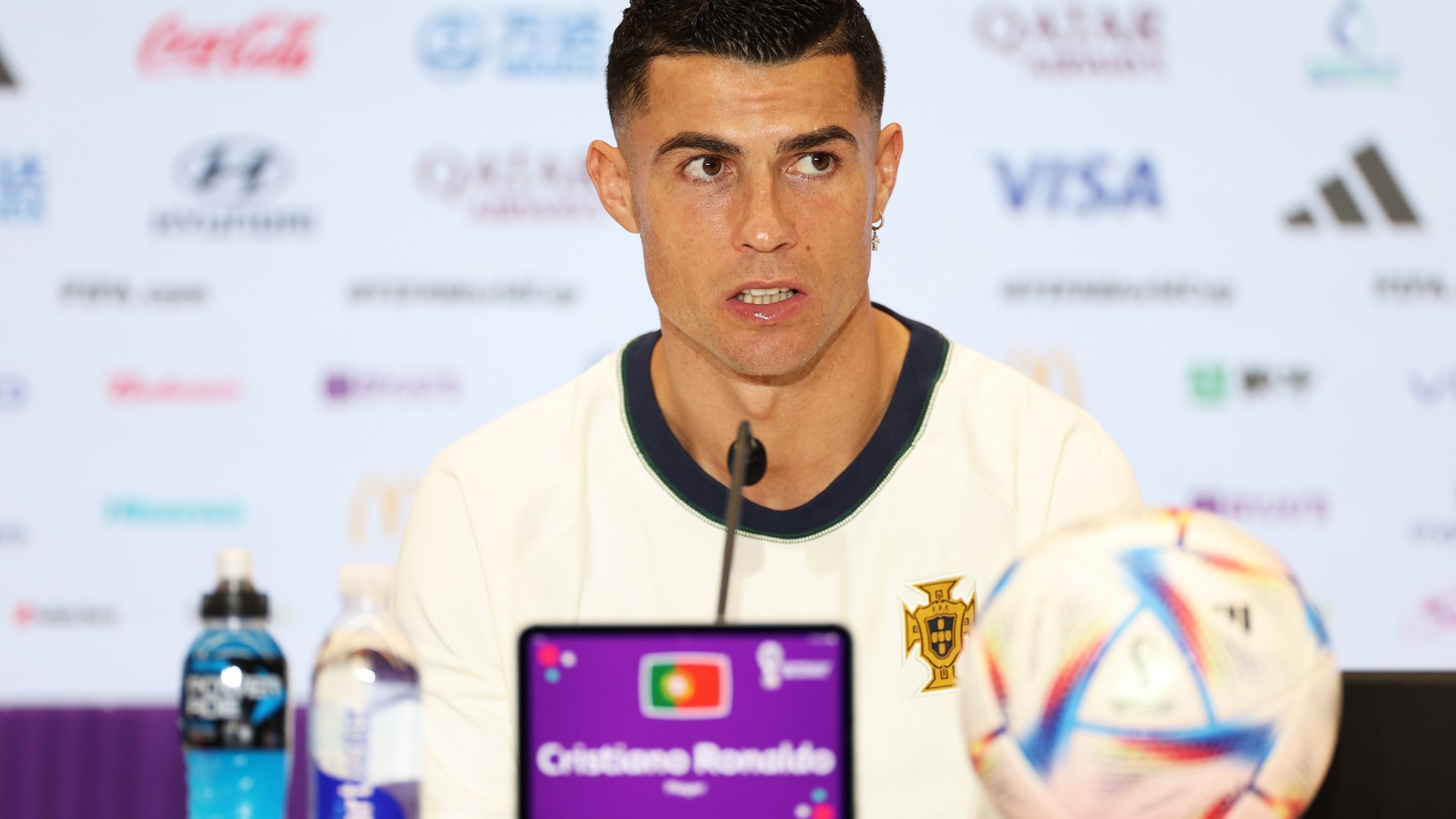 Cristiano Ronaldo insists his Manchester United career is behind him as he appeared at a very brief press conference after Portugal’s win over Ghana.

Ronaldo was named man-of-the-match as he scored a penalty, which was at a record-breaking fifth World Cup tournament.

It has been an eventful week for the five-time Ballon d’Or winner as Premier League side United announced they had mutually agreed to terminate his contract.

It followed his explosive interview with Piers Morgan where he criticised manager Erik ten Hag and the club’s hierarchy.

After the 3-2 win, Ronaldo spoke to the press for just two minutes and 12 seconds, answering two questions.

The 37-year-old said: “This was a beautiful moment – my fifth World Cup.

“We won, we started with a good foot. A very important win.

“We know the first match is crucial. But also a world record. The first player to score in five World Cups. That makes me proud.

“The most important step is we won. It was a week that finished this chapter [with United].

“This chapter is closed. We wanted to start with a good foot. We won. I could help my team.

“All the rest does not matter.”

The goal was a significant one for Ronaldo, but even when breaking another record he could not escape Lionel Messi.

The five-time Ballon d’Or winner celebrated with his trademark ‘Siuuu’ celebration, before being mobbed by his Portugal teammates.

On closer inspection of the photographs, a portrait of career rival Messi could be seen in the background.

Their careers have been intrinsically linked and even when Ronaldo broke more records, the Argentine was never far away.

He was asked about the picture after the game and said: “I already saw it. It’s a very nice one!”

And Piers Morgan certainly didn’t let it go unnoticed, tweeting a picture with the caption: “Even Messi knows” alongside a picture of a goat, suggesting he is the ‘Greatest Of All Time’.