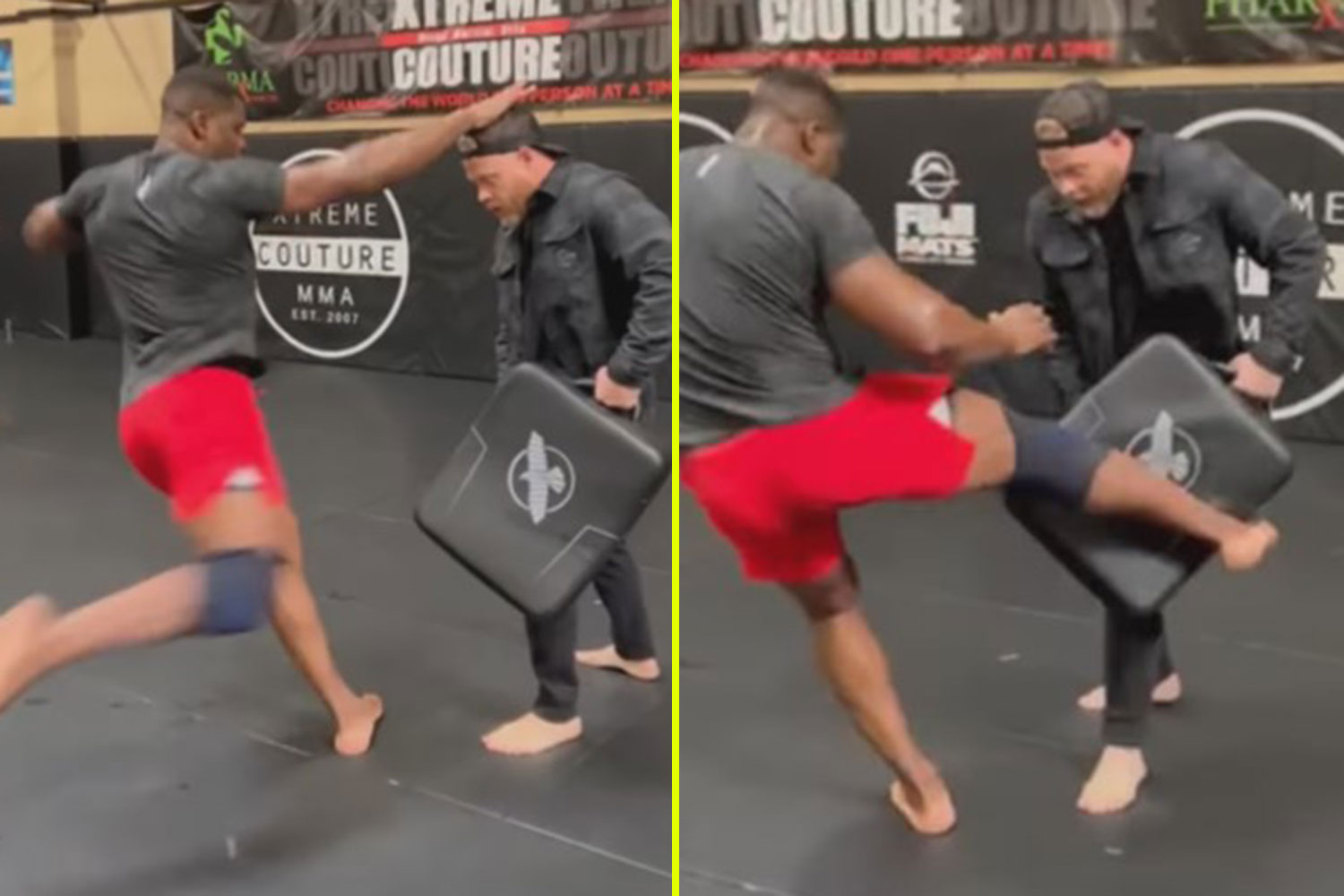 Francis Ngannou is kicking again as he edges closer to a return to fighting.

The UFC heavyweight champion hasn’t fought since beating Ciryl Gane by unanimous decision to defend his belt back in January.

Post-fight, Ngannou went under the knife for a knee surgery aimed at reconstructing his ACL and repairing the MCL he damaged ahead of UFC 270 earlier his year.

‘The Predator’ was expected to be out of action for 9-12 months, which allowed him a significant amount of time to negotiate with the UFC after his latest contract expired.

Despite the fact he’s yet to re-sign with the UFC, Ngannou is continuing his preparations for an MMA fight and recently began kicking again – which is a major milestone in his recovery.

The 36-year-old uploaded a video of him kicking a pad while wearing a knee brace and added the caption: “Slowly getting back into kicking, It feels damn good.”

Ngannou’s first fight back could be one of the biggest fights in UFC history, as he is being talked about as a potential opponent for Jon Jones’ heavyweight debut.

Jones is regarded by many as the best fighter of all-time but hasn’t fought since defending the light-heavyweight title by beating Dominick Reyes at UFC 247 in February 2020.

After the fight, the 35-year-old relinquished his belt and announced his intention to compete at heavyweight moving forward but has been out of action ever since.

Jones is now ready to go and wanted to compete at UFC 282 on December 10 but a fight with Stipe Miocic failed to come to fruition and Dana White revealed ‘Bones’ won’t fight until 2023.

MMA Junkie recently reported that Jones will return at UFC 285, on March 5 in Las Vegas. However, an opponent hasn’t been finalised with Ngannou’s return timeline still unclear.

Top contender Curtis Blaydes has been talked about as an alternate foe for Jones. But after seeing Ngannou kicking again the UFC will be hopeful he’ll be ready to go in the first quarter of next year.