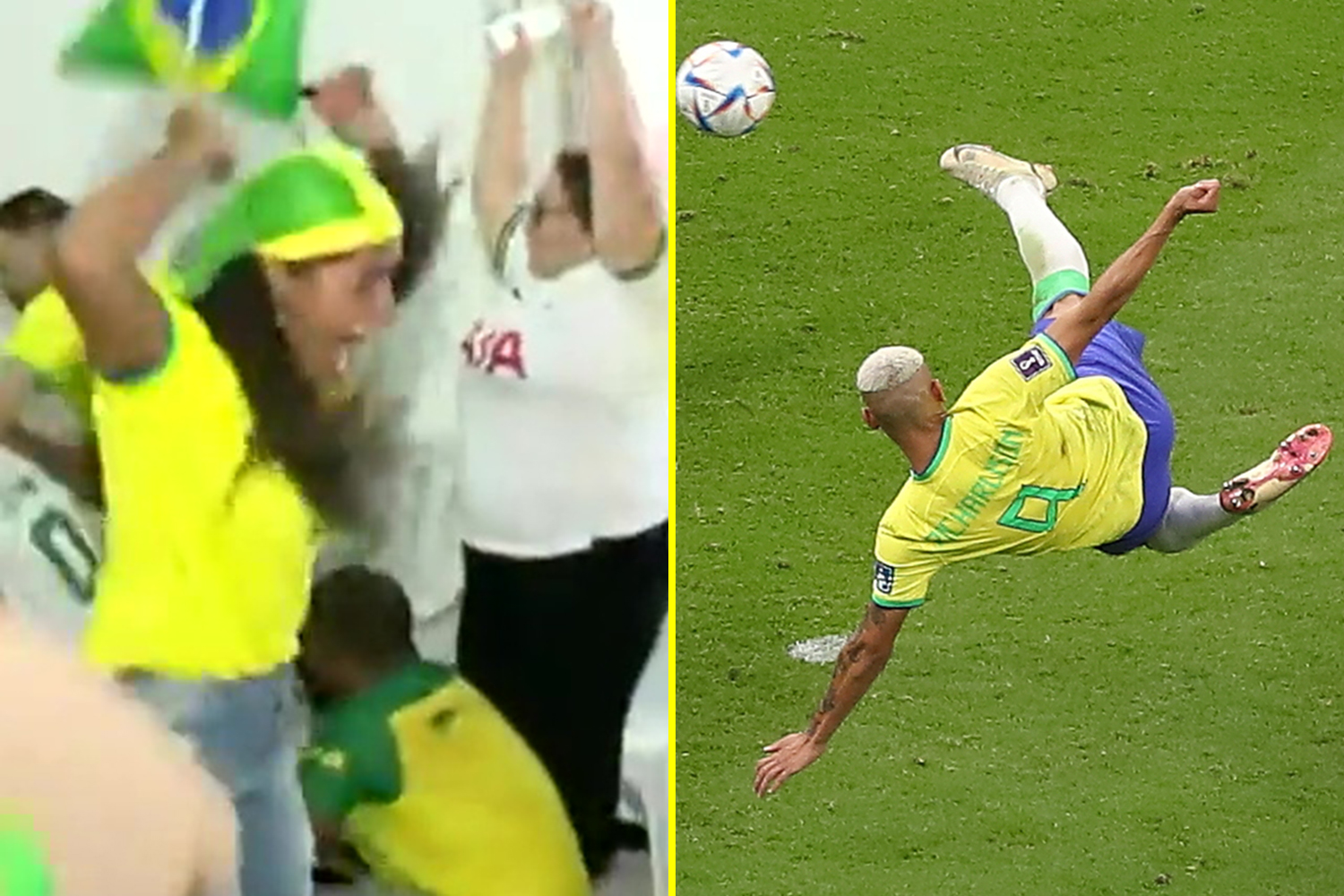 Richarlison’s two goals against Serbia on Thursday night certainly got the Brazil party started, especially back home among his loved ones.

The 25-year-old was pivotal for Tite’s men and got off the mark just after the hour mark on Thursday night.

Richarlison reacted the quickest to an initial Vinicius Jr shot, before lashing home the rebound.

Then, 11 minutes later he doubled his side’s advantage with a sublime effort, acrobatically swivelling onto a cross before firing an outrageous effort beyond goalkeeper Vanja Milinkovic-Savic.

It took the Tottenham forward’s goal tally to 19 in 39 appearances for Brazil, while making it nine in his last seven appearances at international level.

His goals brought sheer delight amongst the Selecao fans inside the stadium, and certainly back home in his native Brazil.

Footage has since emerged of his loved ones, who can be seen jumping up and down in his homeland, while cheering when the forward nets his outrageous second goal.

All then start hugging, before the celebrations continue, which will have no doubt carried on throughout the rest of the day and night.

Richarlison will already have his eyes firmly set on the Golden Boot, following his brace in Brazil’s group G opener.

It looks as though he has proved to boss Tite that it was the right call to select him ahead of Liverpool’s Roberto Firmino, despite some questionable form atTottenham this season.

Richarlison’s match-winning display also added to the weight of evidence suggesting the sheer strength and all-round quality of the squad.

Next up for Brazil is a match with Switzerland on Monday, before their final group stage clash against Cameroon.