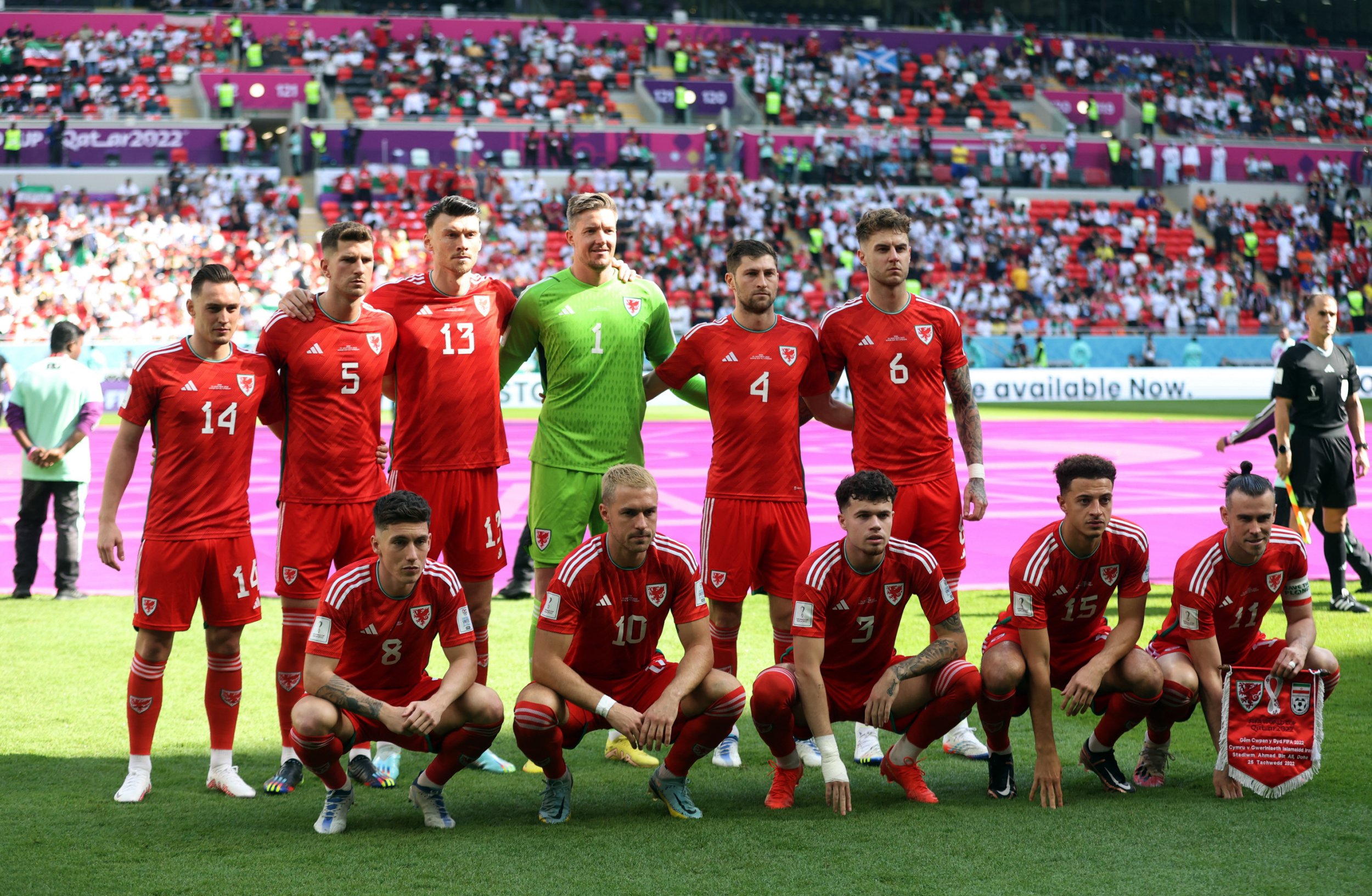 Wales have not followed Germany by making a protest as they lined up for their World Cup clash with Iran over the ban on wearing the OneLove armband.

But fans were allowed to bring rainbow hats and flags into the Ahmad Bin Ali Stadium after Fifa gave the green light following an outcry when Welsh supporters had them confiscated at the USA game on Monday.

Welsh skipper Gareth Bale was one of seven captains who had been warned he would be booked if he wore the armband before their opening match against the USA.

Coach Rob Page protested ahead before today’s crucial match with Iran, insisting it is down to governments and football associations to discuss wider matters.

Meanwhile, most of Iran’s players sang the anthem of the Islamic Republic in contrast to before their opening game with England when they remained silent in solidarity with anti-regime protesters.

The players had bravely refused to sing before the England game, risking retaliation from the regime which has launched a brutal crackdown on demonstrators who are taking to the streets over the death of Mahsa Amini, 22, after she was arrested for allegedly breaking Iran’s strict rules on wearing the hijab.

(This story is being updated)