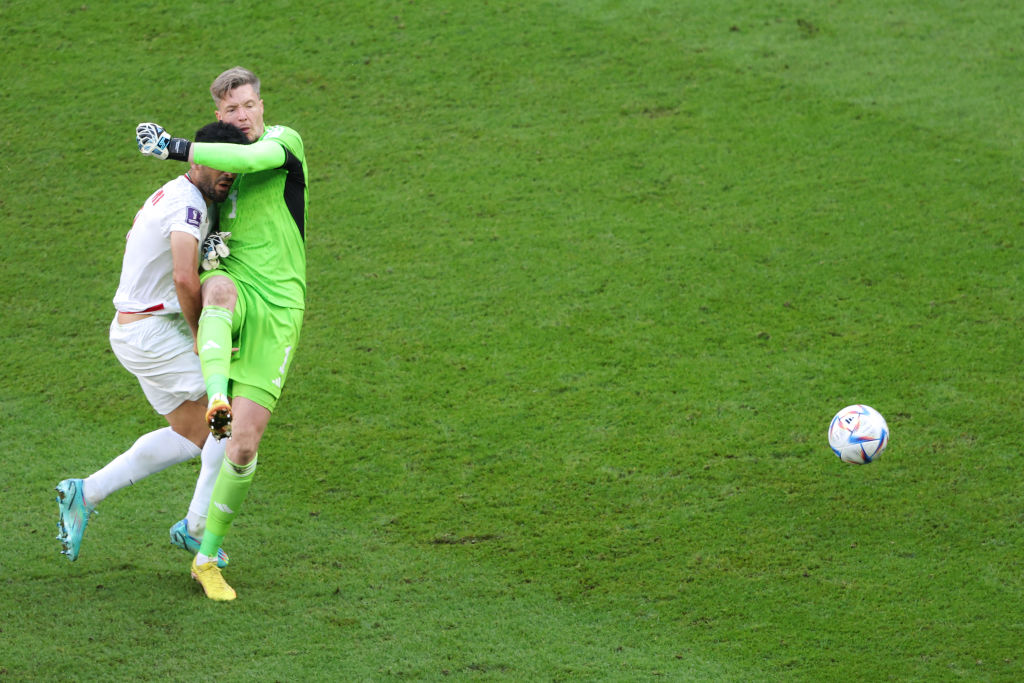 Wayne Hennessey was sent off for serious foul play in Wales’ 1-0 defeat to Iran.

The goalkeeper came charging out of his penalty area and took out the striker Mehdi Taremi around 35 yards from goal with a high boot.

The Nottingham Forest goalkeeper initially picked up a booking for the challenge, much to the outrage of the Iran team and supporters in the stadium.

However, the referee then consulted with VAR and opted to change the goalkeeper’s booking for a straight-red card.

With Hennessey coming off the pitch, he was replaced in goal by Danny Ward with Aaron Ramsey the outfield Wales player to be replaced with just four minutes of normal time remaining.