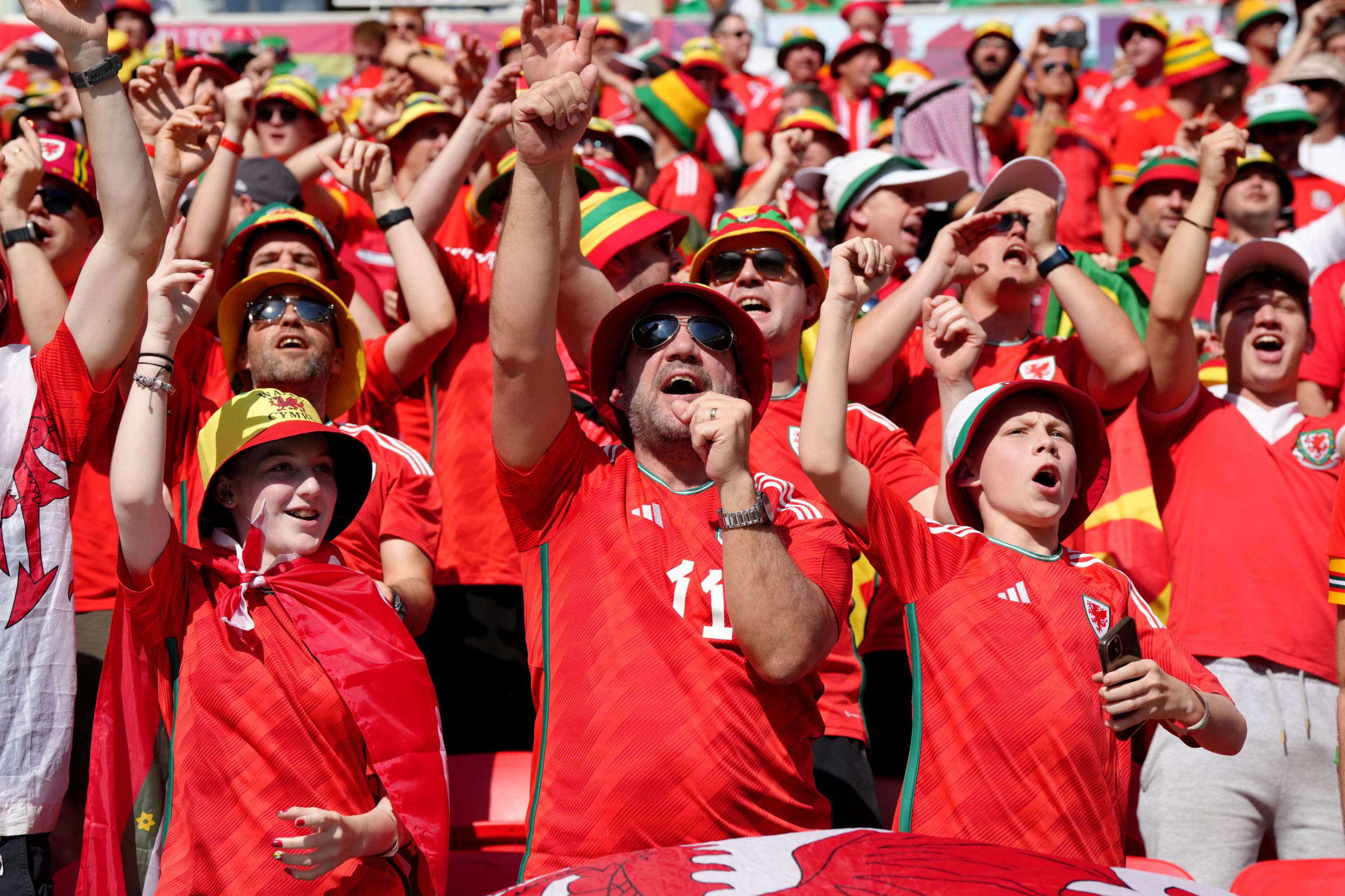 Dozens of Welsh fans missed their team’s crunch World Cup match against Iran after problems with the Hayya cards needed to enter Qatar.

Supporters branded the visa issues as a “shambles” after they were barred from boarding flights from nearby Dubai to Doha on Friday morning before the crucial Group B clash, which Wales lost 2-0.

The problem arose after a glitch in the system at the airport with the Hayya visa permit that allows entry into Qatar for up to 24 hours.

Many fans are staying in Dubai and travelling to Qatar on match day throughout the tournament due to limited accommodation in the Doha.

One told BBC Wales Cymru Dros Frecwast that he was among a party of 13 who were placed in a “hellish” situation after not being able to board their shuttle flight, and said he fears hundreds of fans may have been affected.

Hywel Price said: “We got up at 2.30am this morning to travel in a taxi to the airport for a 06.30 flight, but when we got there we were told by officials that our Hayya cards had been rejected.

“It’s hellish – there were 13 of us from Wales on that flight having the same issue, and trying to prove that we had been approved to travel, even though the app still said the permit was pending.

“People have had emails saying that their cards were valid, only to find when they get to the airport that they have been refused entry”.

He added: “I saw kids in tears at the airport. I saw a father and son – the son went but the father couldn’t go. It’s awful.”

Another fan tweeted that it had been a “total shambles” after he and his friend were turned away.

He wrote: “We were due to fly at 6.20 am and in the three hours I spent in airport spoke to loads in the same situation.

“People on Qatar Airways allowed to fly with permits pending. Something needs to be done before England match. Total shambles.”

The Welsh Football Supporters Association tweeted that they had informed FIFA and the Welsh FA.

They wrote: “Did any Welsh fan fail to get from Dubai today due to Hayya issues? Loads finally got approved late but this whole process with day permits for Iran game has been difficult for our fans. We have informed FIFA and FAW.”