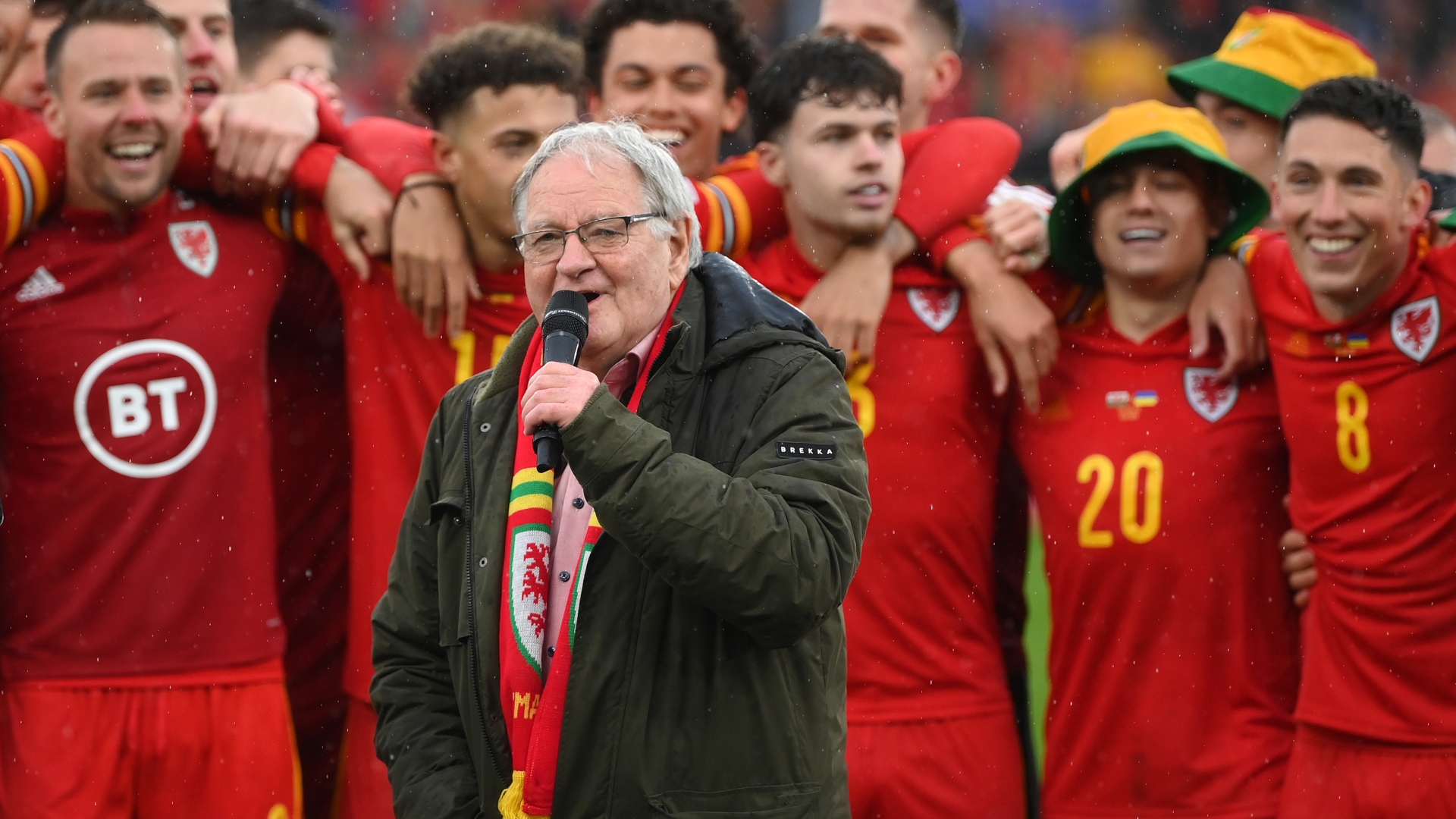 Wales are in Qatar to take part in their first World Cup in 64 years.

The Dragons beat Ukraine in the UEFA playoff final in June, as they secured a place at football’s showpiece tournament for the first time since 1958.

Gareth Bale’s deflected strike saw the Dragons edge to a 1-0 win amid a cauldron of noise at The Cardiff City Stadium – chiefly made by the song ‘Yma o Hyd’ that was belted out loud and proud!

Dafydd Iwan’s patriotic 1983 tune has enjoyed a new lease of life as the unofficial anthem for the Wales team.

And Welsh comedian Mike Bubbins appeared on talkSPORT’s Hawksbee and Jacobs to explain what the song is all about.

He said: “(Iwan) wrote the song, probably 40 years ago now called ‘Yma o Hyd’, which means ‘We Are Still Here’ about the Welsh.

“It’s just about the Welsh spirit, the Welsh language, the Welsh culture and it still being here despite all the adversity.

“Ry’n ni yma o hyd’ means ‘We Are Still Here’ and ‘Er gwaetha pawb a phopeth’ means ‘in spite of everyone and everything’, we are still here.”

Following Wales’ win over Ukraine, Welsh folk singer Iwan came onto the pitch to serene the crowd with the iconic song.

And Bubbins – who has performed his show “Retrosexual Male” at the Edinburgh Festival – was moved to see Gareth Bale and Co. join in as well.

He added: “That was great to see all the fans singing it, the Red Wall (y Mur Coch) and then to see the players singing it with Dafydd Iwan.

“What a thing for him to do that, he was crying his eyes out on the big screen before the game – must be something else for him to see that so yeah that was special!”

The anthem is sure to be heard at home and in Qatar as the Welsh fans look to show their support for their country as they compete at the World Cup.

One thousand and six hundred years,

a time too long to remember.

leaving us a whole nation,

(We are still here,

we are still here,

in spite of everyone and everything.

We are still here,

we are still here,

in spite of everyone and everything.

We are still here.)

(Let the wind blow from the East,

let the storm roar from the sea,

let the lightning split the heavens,

and the thunder shout “encore!”

Let the tears of the faint-hearted flow,

and the servile lick the floor.

Despite the blackness around us,

we are ready for the breaking of the dawn!)

(We remember that Macsen the Emperor

left our country in one whole piece.

And we shall shout before the nations,

“We’ll be here until Judgement Day!”

Despite every Dic Siôn Dafydd,

despite old Maggie and her crew,

we’ll be here until the end of time,

and the Welsh language will be alive!)