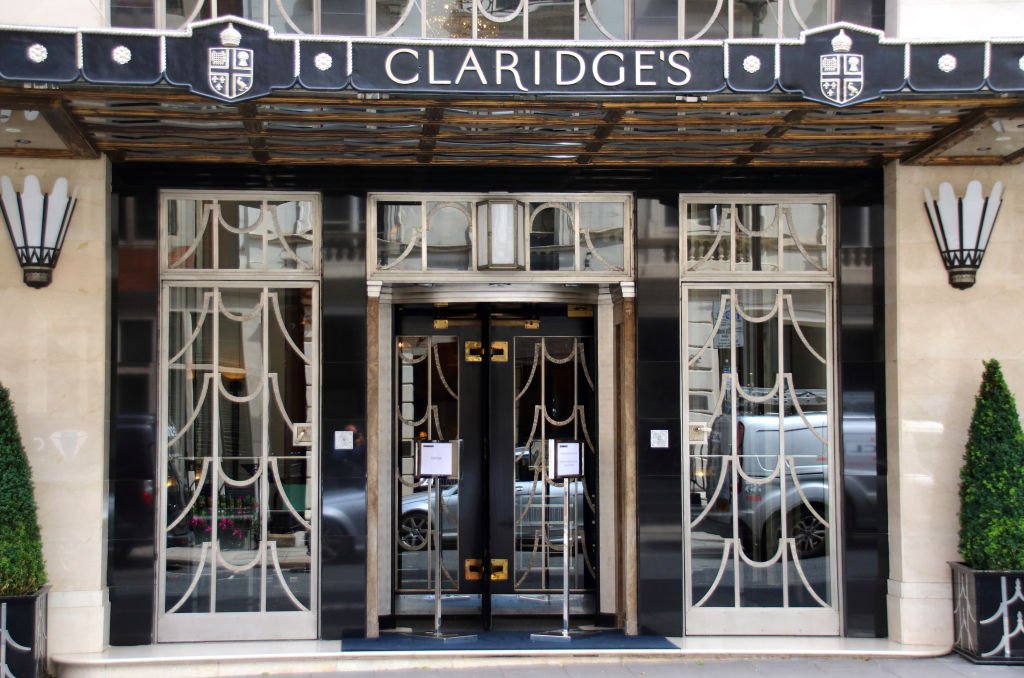 Qatar’s £182bn World Cup is widely seen as an effort to boost the Gulf state’s standing on the global stage. But when it comes to Britain, the emirate is ahead of the game with a £40bn portfolio of holdings and investments that give it both soft power and hardnosed financial clout.

From the Harrods department store, the Ritz hotel and a significant chunk of Heathrow Airport, to an industrial unit in the Sussex town of Crawley and an Essex farm, Qatar and its citizens have amassed UK assets and influence via the vast wealth – and disposable income – generated by its huge North Field gas reserves.

It is a relationship which reaches far into the British state, with links that range from the friendship between the countries’ two royal families to the fact that the Royal Air Force runs two joint Typhoon fighter squadrons with its Qatari equivalent – the first arrangement of its kind since the Second World War.

While Qatar may be the size of Yorkshire, it sits on a pool of fossil fuels which makes it the world’s second largest exporter of liquified natural gas. It is a commodity whose ability to pour vast sums into the coffers of the Qatari state has been boosted by rocketing demand and prices caused by the Ukraine war. Qatar’s revenues from gas and oil rose by 67 per cent in the first six months of 2022, putting it on course for profits far beyond the 2021 figure of £61bn. The entire annual expenditure of the Qatari government is about £47bn.

In a country with just 330,000 citizens among an expat population of 2.7 million, the result is an unfathomable surplus used in the last decade or so to fund a purchasing spree abroad presided over by its al-Thani ruling royal family and the Qatar Investment Authority (QIA), a sovereign wealth fund with assets estimated to be worth nearly £400bn.

It is a financial strength which Qatar has deployed cannily, building up holdings worth hundreds of millions of pounds and more in businesses from Barclays bank to Sainsbury’s supermarkets. But from unorthodox methods of making charitable donations to the House of Windsor to a ferocious dispute over its luxury hotel holdings, it is a wealth that can also bring controversy.

Much of Qatar’s foreign portfolio is presided over by two men who are known by their respective epithets of HBJ and HBK. The first of these is former prime minister Hamad bin Jassim bin Jaber al-Thani, who while head of QIA in 2010, announced Qatar’s presence on the international investment stage with a round of trailblazing acquisitions that included the purchase of Harrods, the august Knightsbridge department store that has served elite shoppers since 1849.

HBJ, via an offshore entity in the British Virgin Islands, owns Forbes House, a vast Georgian mansion in London’s Belgravia which is undergoing a renovation to accommodate 25 bedrooms, a cinema, a Turkish bath and parking for 32 vehicles. By the time the work is complete, it is likely the six-storey house will be London’s first £300m property.

Among HBJ’s other British pieds-à-terre is believed to be a £100m penthouse at One Hyde Park, a landmark Knightsbridge development favoured by international plutocrats.

Indeed, such is the concentration of luxury homes and offices belonging to Qatari nationals in one part of London’s Mayfair that it is known among estate agents as “Little Doha”. Among them is Dudley House, a £200m Park Lane mansion owned by horseracing mogul Sheikh Hamad bin Abdullah al-Thani which is said to be of such opulence that when visited by the Queen, the late monarch is said to have commented: “This place makes Buckingham Palace look rather dull.”

The investors in central London real estate include HBJ’s close ally in expanding Qatar’s foreign assets, the former emir, Hamad bin Khalifa (HBK). His taste for luxury was expressed in the years after Qatar won the right to host the 2022 World Cup in 2010 with the purchase, at a cost of nearly £1bn via an investment vehicle, of elite fashion brands Balmain, Valentino and Pal Zileri, all of which have outposts in London’s poshest shopping streets.

While a preponderance of gold leaf-enhanced real estate catches the eye, the crown jewels of Qatar’s UK holdings lie in the more prosaic world of hard-nosed commerce, retail and energy.

Via the QIA, Qatar paid for and owns The Shard skyscraper, built at a cost of £2bn, as well as the Canary Wharf financial complex in London’s Docklands. The sovereign fund also holds a 20 per cent stake in Heathrow, worth some £1.3bn, and a 6.4 per cent stake in Barclays bank, worth nearly £2bn.

Anyone buying groceries, paying their water bill or filling the car may also wish to bear in mind that QIA holds nearly 15 per cent of Sainsbury’s (£730m), as well as stakes in Severn Water and Shell. It also owns 7 per cent of the London Stock Exchange.

It is a commercial relationship between London and Doha that is increasingly futureproofed. In May, then prime minister, Boris Johnson, returned from a trip to the Gulf proffering a deal for Qatar to invest up to £10bn by 2027 in UK technology sectors from biosciences to cybersecurity.

But it is in the geopolitically crucial area of gas that Qatar is set to have its most enduringly lucrative presence in the UK. In the last two decades, the emirate has become Britain’s second largest gas importer, accounting for about 9 per cent of the country’s needs.

It is a proportion that is certain to increase as Britain, along with the rest of Europe, scrambles to dump Russian suppliers and secure a stable source of gas for at least the next decade. For its part, Qatar has pledged to double production by 2025.

In this regard, Britain can be grateful for its relatively long commercial history with Qatar. The Gulf state is a majority owner of the South Hook liquified natural gas terminal in Wales, which is the UK’s largest and holds some 20 per cent of the country’s daily requirements. Talks between London and Doha on a large new long-term supply deal are ongoing but an agreement is expected to the extent that Qatar is investing the millions needed to increase South Hook’s capacity by 25 per cent.

Qatar’s liaison with the British establishment has long gone straight to the top. The current emir was one of the few leaders of a Gulf state to attend the Queen’s funeral in September, with Saudi Arabia’s de facto ruler, Crown Prince Mohammed bin Salman, eventually deciding to stay away.

Indeed, the relationship between the Windsors and the al-Thanis was the source of some discomfort for King Charles earlier this year when it was revealed that while Prince of Wales, he had between 2011 and 2015 accepted donations to his charitable foundation worth £2.6m from HBJ in the form of cash variously presented in a suitcase, a holdall and Fortnum & Mason carrier bags. While there was nothing illegal or untoward about the donations, Clarence House announced that it would be unable to accept monies in such a form in the future.

The two royal families also share a passion for horseracing with Gloucester-based Qatar Racing, the stud and training operation headed by senior royal Sheikh Fahad bin Abdullah Al Thani and his brother, now one of Britain’s foremost stables in the sport of kings.

But it is the realm of defence that provides one of the strongest examples of the depth of the strategic and commercial tie-up between the two countries. After Qatar signed a £6bn deal with BAE Systems to buy 24 state-of-the-art Eurofighter Typhoon jets, the first of which were delivered earlier this year, Britain entered into a highly unusual deal to set up two joint squadrons with the Gulf state. Aircraft from one of the RAF and Qatar Emiri Air Force squadrons are currently patrolling the skies over Doha during the World Cup.

If luxury is a Qatari trademark, then it is no better showcased than in the stable of leading London hotels partly or wholly owned by members of the Qatari royal family and other investors from the Gulf emirate.

Among the storied establishments with substantial Qatari royal interests are the Ritz, the Connaught, the InterContinental Park Lane, the Savoy, the Berkeley and Claridge’s.

This last, beloved of clients from the Queen to Mick Jagger, has recently been the subject of a multi-million pound renovation, including the installation of a five-storey subterranean spa complex to give Claridge’s the swimming pool it had hitherto lacked.

The Mayfair establishment is part of the Maybourne hotel group, ultimately controlled by HBK and HBJ, which is currently embroiled in a legal dispute over the value of its holdings with Irish hotelier Paddy McKillen. Mr McKillen, who struck a deal with Maybourne to oversee a £800m renovation programme of four hotels, claims the properties are now worth more than £5bn. The Qataris dispute this figure.

It is, however, not all glamour. An analysis by i of property owned in Britain by foreign-based entities reveals that Qatari companies and investment funds own dozens of more humdrum properties around the UK.

Among them are 42 flats in two apartment blocks in Reading, an end-of-terrace house on an unlovely south London high street and a farm on the edge of the Essex town of Saffron Walden.

A Doha and London-based estate agency which help facilitates property purchases in Britain said it had seen a 50 per cent increase in UK properties owned by Qatari individuals between 2015 and 2021.

Alford Hughes said that while Qatari investors remained focused on London’s glitziest neighbourhoods such as Mayfair, it had noticed a trend for purchasers to extend their search beyond “typical central locales” to such far-flung corners of the capital as Earl’s Court, Fulham and Shepherd’s Bush. It said the west London borough of Fulham and Hammersmith had seen a 76.5 per cent increase in Qatari ownership in the last six years.