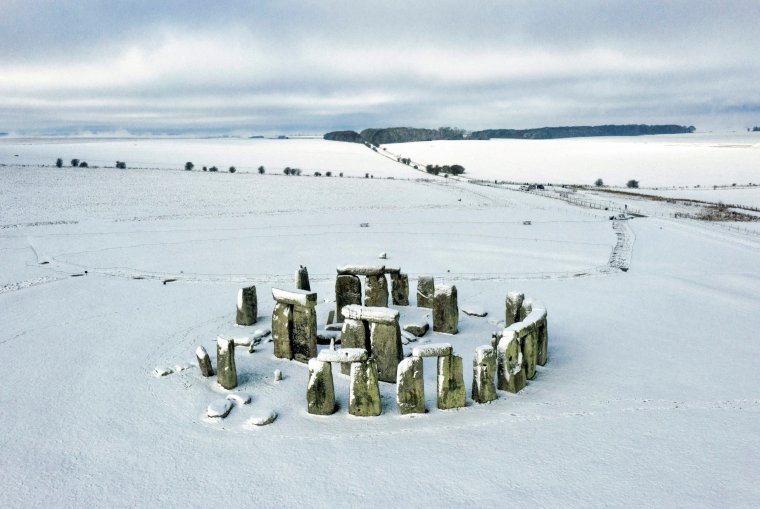 Autumn is coming to an end, with the temperatures falling and long, bitter nights drawing in as winter approaches.

But when does the season actually start? There are, in fact, two different ways of calculating it – here’s everything you need to know.

What is considered the first day of winter depends on whether you are using the meteorological or astronomical definition of the seasons.

Meteorological is the simpler of the two options, as it splits the year into four seasons of three full months each based on the Gregorian calendar, which makes it easier to compare seasonal and monthly statistics.

Under this system, every year winter begins on 1 December and lasts until the end of February, giving way to the arrival of spring on 1 March.

The astronomical season isn’t quite as straightforward because the first date falls on the date of the winter solstice, which arrives later in the year and can vary slightly from year to year.

In 2022, the winter solstice falls on Wednesday 21 December (technically at 9.47pm in the UK) – it can occur any date between 20 and 23 December, but usually takes place on the 21st of the month.

This astronomical winter will last until Monday 20 March 2023, the date of the spring (or vernal) equinox in the Northern Hemisphere.

What is the winter solstice?

The winter solstice marks the date of the shortest period of daytime light and longest night of the year, when the Earth’s north pole has its maximum tilt from the sun.

On the date of the solstice, London is set to see just 7 hours, 49 minutes and 42 seconds of daylight, according to the website Time and Date – the sun will rise at 8.03am and set at 3.53pm.

Slightly confusingly, as well as kicking off the astronomical season, the solstice can also be known as midwinter, because the days begin to get longer after it has passed.

Traditional holidays across the world have often focused on the rebirth of nature for this reason, and many of the traditions now associated with Christmas began as observances of the astronomical phenomenon.

The origins of Christmas trees and wreaths, for example, can be found in the 12-day pagan holiday of “Yule”, which centred around the solstice.

This festival was observed by the early Germanic peoples of Northern Europe, who gathered to celebrate the the revival of the sun and the brighter times ahead.

Celtic druids would mark the solstice with the cutting of mistletoe and lighting a “Yule log”, believed to banish darkness and evil spirits.

Romans had their own similar observance called Saturnalia (in honour of the god Saturn), which began on 17 December and involved a full week of partying and the subversion of ordinary social behaviour.

Although many of the traditions around the period were absorbed into Christmas following the rise of Christianity, the year’s shortest day still holds significance for many today.

Thousands of pagans continue to gather every year at Stonehenge, and it is thought that the iconic stones were carefully placed to frame the sunset on the winter solstice.

In Ireland, an annual lottery is held to select around 120 people to be present at Newgrange, a vast 5,000-year-old burial mound, to witness the winter solstice sunrise flooding the vast chamber with light and illuminating the prehistoric art within.

The summer solstice – which falls around 20 June and has become synonymous with Stonehenge and paganism – denotes the longest day of the year and first day of summer under the astronomical calendar.

Spring and autumn start on the dates of the two equinoxes in March and September. These are the two points in the year when the equator is the closest part of Earth to the sun which, in theory, means that the whole world gets 12 hours of daylight.