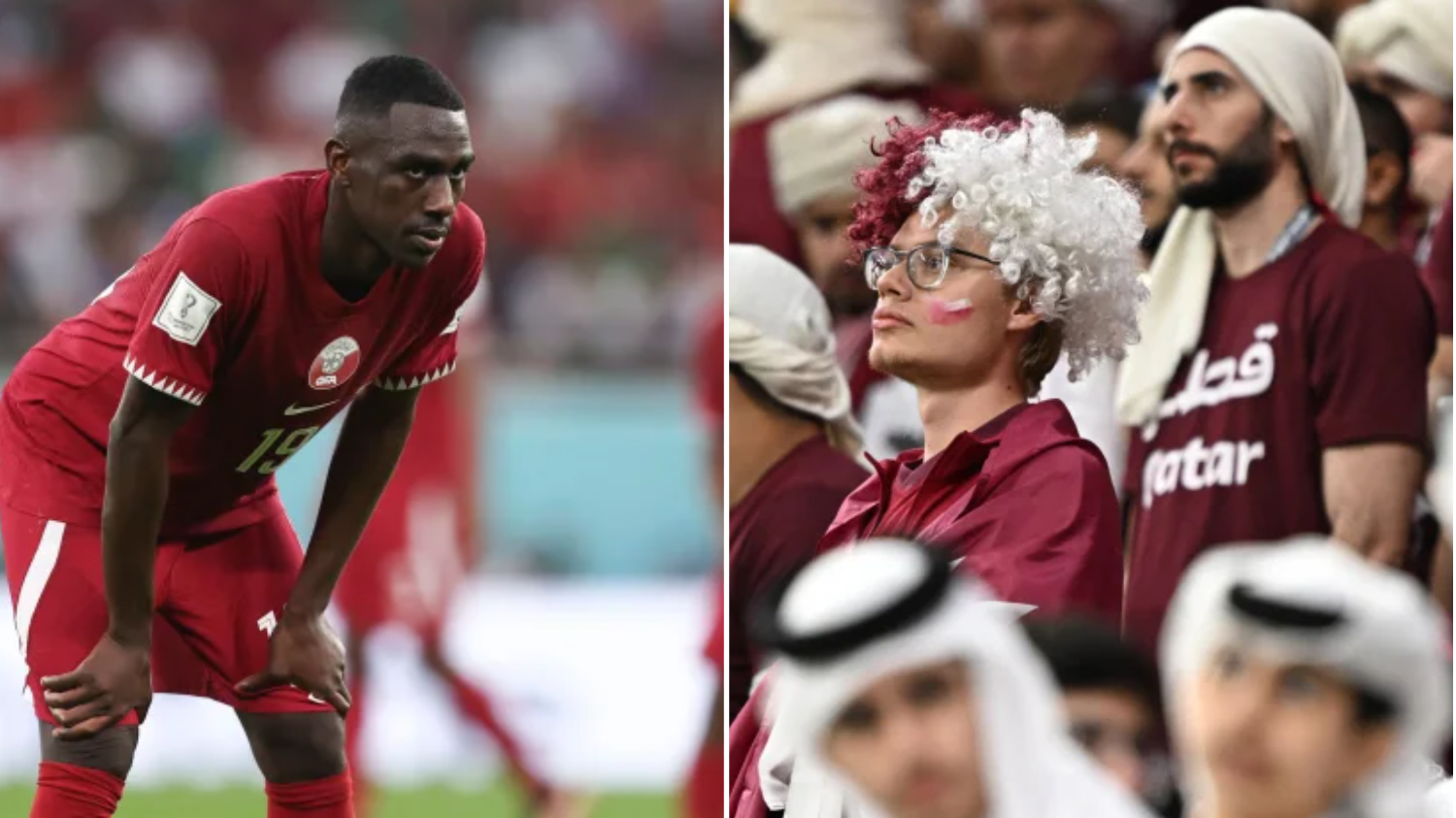 The Qatari PR offensive was never dependent on the national team’s success at the first ever World Cup in the Middle East, but it has ended in disaster for Felix Sanchez’s side as they became the first team to be knocked out.

The hosts lost both their opening games, beaten 2-0 by Ecuador in the opener on Sunday courtesy of Enner Valencia’s brace as they failed to engineer a single shot on target. They were unable to compete physically and that humbling could have been even greater, with another Valencia strike having been dubiously ruled out for offside after just four minutes.

Qatar can hold onto one piece of history, scoring their first World Cup goal in the 3-1 defeat to Ecuador on Friday. However, Netherlands’ 1-1 draw with Ecuador in the other Group A match of the day saw Qatar just six days after the tournament kicked off.

They are just the second country to host a World Cup and not make the knockout stages, following South Africa’s group stage exit in 2010.

Before Qatar 2022 had commenced, there was some optimism in the Gulf state that they could surprise their detractors. They are the reigning Asia Cup champions and efforts have been made to galvanise the domestic Qatar Stars League; that has not made the difference on the biggest stage of all.

Even with the hosts no longer taking part, Qatar will remain under scrutiny for the remainder of the tournament, one which has been marred by accusations of corruption and human rights abuses.

Controversies have rumbled on into the opening week. Players were forced to abandon plans to protest the country’s anti-LGBT+ laws by wearing “OneLove” armbands after it emerged captains risked being booked. Fans have also reported merchandise bearing rainbow symbols being confiscated upon entry to the grounds, and the sale of alcohol at World Cup venues was forbidden at the 11th hour.

Crowd sizes in Doha have raised eyebrows too, with official attendance figures often higher than stadium capacities – and that is even with thousands of visibly empty seats.

These are the issues the tournament will ultimately be remembered for, with Qatar unable to salvage national pride through their efforts on the pitch.

Sanchez, their head coach, had hit out at Qatar’s critics, branding online criticism of the state “very dangerous” and insisting it would not “destabilise us”.

“Obviously we don’t like people criticising our country,” he said. “In terms of football strictly, we had a great preparation ahead of the World Cup.”