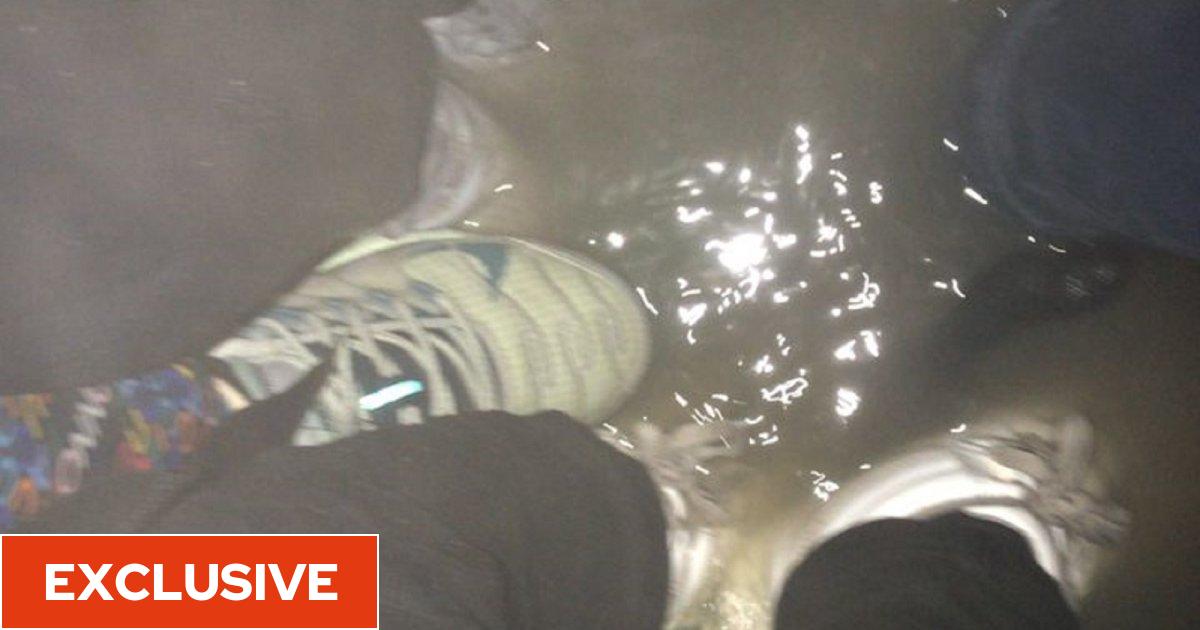 An Afghan migrant whose small boat almost sank in freezing waters on the night four people drowned in a Channel tragedy has revealed the desperate lengths he went to to flee Kabul and create a new life in the UK.

Nasir – not his real name – said he had received death threats from the Taliban due to his work for a bank as an exam coordinator alongside a global accountancy body headquartered in Britain.

He claims he pleaded in vain with international authorities to be evacuated due to his connections to work in the UK but instead has gone to incredible lengths to make it to France and now faces treacherous Channel boat crossings.

On the night of 13 December, Nasir was onboard a dinghy with around 50 other migrants which started taking in water off the coast of Dunkirk, forcing them to frantically bail out with boots and plastic bags.

During five hours at sea, he said they sent desperate calls to the international emergency number 112 but no rescue boat arrived. It was the seventh time he had risked his life trying to cross the Channel. That same night, four migrants drowned when their boat capsized in the Channel.

His case has raised fresh scrutiny about the chaotic evacuation from Kabul in August, 2021, which drew criticism after many Afghans facing Taliban threats were left behind as the US, Britain and their Nato allies withdrew.

The 29-year-old said he had begged the Association of Chartered Certified Accountants (ACCA) to help facilitate his exit from Afghanistan through UK or European authorities, but was forced into hiding as the Taliban hunted him when this did not materialise.

There are two UK government schemes open to Afghan refugees – the Afghan Relocation and Assistance Policy (ARAP), for current and former locally employed staff working with the UK government, and the Afghan Citizens Resettlement Scheme (ACRS), set up to help those who assisted UK efforts in the country, but Nasir was unable to evacuate under either.

A spokesperson for the ACCA said it engaged with the UK and international governments to make the case for supporting its members and stakeholders, but had at no point been in a position to make promises or guarantees to individuals as it had no control over visa policy decisions.

Nasir told i: “[The ACCA] were telling us ‘we are trying our best but it’s not in our hands. It’s up to the Government. They will decide because they are giving priority to those people who worked directly with the government of the UK and the police, especially, the Army, soldiers’.

“They told us ‘unfortunately, we cannot give you a guarantee. But we will try our best to evacuate you’. Then after that, the evacuation [was] finished and done. After one or two weeks, the Taliban were coming searching for people.”

Email correspondence between Nasir and an ACCA contact, seen by i, show Nasir warning “my life is in serious danger” with other coordinators in hiding.

Other emails show how he frantically applied for humanitarian assistance from countries including Canada, Brazil and Germany.

He said he had received letters threatening death from the Taliban since 2019 due to his work in a bank with international bodies.

During the Taliban takeover, he made desperate attempts to enter Kabul airport in the hope of boarding one of the planes leaving but said he was badly beaten by Taliban guards, who took his passport.

He described scenes of utter chaos at the airport as families swarmed the tarmac.

“Thousands of Afghans were standing on the runway. Soldiers were trying to tell us ‘go back’. They started firing at people. I was very afraid they would kill me.

“But I was afraid to stay. If they didn’t evacuate me what will happen?”

After the takeover of Kabul, the Taliban ransacked Nasir’s home. As he desperately tried to flee the country, he bombarded authorities around the world begging for a visa to allow him to leave Afghanistan, but was not successful.

Instead, he fled to Iran and began the journey to France, where he has attempted to cross the Channel eight times since December.

During the crossing where his boat started to sink he said he “absolutely” thought he was going to die.

“I did not tell my mother that I was going to the UK illegally. She told me she didn’t want me to risk [my life] because ‘I love you a lot’,” he said.

“People were crying, they were not hoping. They were just saying, ‘Please God help us. We are poor, please save me’.

“It’s not a kind of pain that hits you. It’s pain which is more than a bullet. Bullets only hurt one place. But when you are losing your hope you can feel the pain starting from your feet to the top of your head.”

After frantic emergency calls went unanswered, the boat was able to return to the Dunkirk shore.

Two days later, on his most recent attempt to cross, French police stopped the group he was with as they told them it was so cold they risked dying from hypothermia. So many failed attempts to make it to the UK have left him “a broken person”, he said.

The ACCA said it would not comment on cases of individuals so as not to expose them to individual risk, but “recognises the vulnerability of those Afghans associated with Western organisations”.

A spokesperson for the ACCA said: “Since the fall of the government, ACCA has worked to raise awareness of the dangers our members, students and stakeholders are facing.

“ACCA continues to engage with Ministers and parliamentarians, to explain how stakeholders are vulnerable, and how in particular those ACCA members qualified to UK and international standards could contribute to the UK’s own prosperity and economy, if given the opportunity.

“ACCA has used its careers platform and engagement with large employers to source employment opportunities under the UK’s skilled worker visa system.

“ACCA has explored solutions with other organisations, including NGOs, alongside seeking opportunities in other countries to provide a safe haven, and in some circumstances, paid employment.

“We had hoped that stakeholders would have been eligible to participate in the UK Government’s Afghan citizens resettlement scheme (ACRS), but as we understand it, there have been no successful resettlements from Afghanistan under this scheme to date.

Jamie Bell, a solicitor for Duncan Lewis who specialises in dealing with Afghans hoping to seek asylum in the UK, said the two Government schemes to allow people to come to the UK are “beset by intolerable delays”.

The Afghan Relocation and Assistance Policy (ARAP) was set up for current and former locally employed staff in Afghanistan who worked for or with the UK government. As at 3 November 2022 over 11,600 individuals had been relocated to the UK under the ARAP scheme

The Afghan Citizens Resettlement Scheme (ACRS), launched in January 2022, was set up to help those who assisted UK efforts in Afghanistan and stood up for values including democracy, women’s rights and freedom of speech.

Around 6,300 places have been used so far for people who arrived under the summer 2021 evacuation Operation Pitting. A pathway for refugees who fled Afghanistan and were referred by the United Nations High Commissioner for Refugees (UNHCR) opened in June, 2022, with just four people resettled under this pathway as at the end of September 2022.

There is no application process for the ACRS, which Mr Bell described as too “too little, too specific, too pernickety”.

“It doesn’t recognise that hundreds of thousands of individuals support the liberation of Afghanistan and then anyone who has provided this assistance is now at risk,” he added.

He added that over the years he had seen a “constant stream” of Afghans who would be eligible to apply to enter the UK through legitimate routes who were crossing the Channel on small boats or lorries.

“But they know that they can’t put themselves in danger for such a long period of time. So it’s another example of the lack of adequate and time-efficient, scheduled legal routes that people have to make decisions in order to protect their lives.”

“We made the case for all of our stakeholders both collectively and individually and have worked to signpost the legitimate routes available.

“ACCA is a professional body, not a government body nor an accredited international humanitarian organisation and is not capable of evacuating individuals or sponsoring/issuing visas. As such, we were unable to – and accordingly did not – make any firm commitments to any individuals.”

Care4Calais founder Clare Mosely said: “We work with Afghan’s everyday in Calais who have no safe way to claim asylum in the UK, despite the promises made by our Government.

“It leaves people like Nasir, who worked with UK based companies who has fled Taliban rule back home in Afghanistan, with no other option but to risk their lives crossing the channel in a small boat.