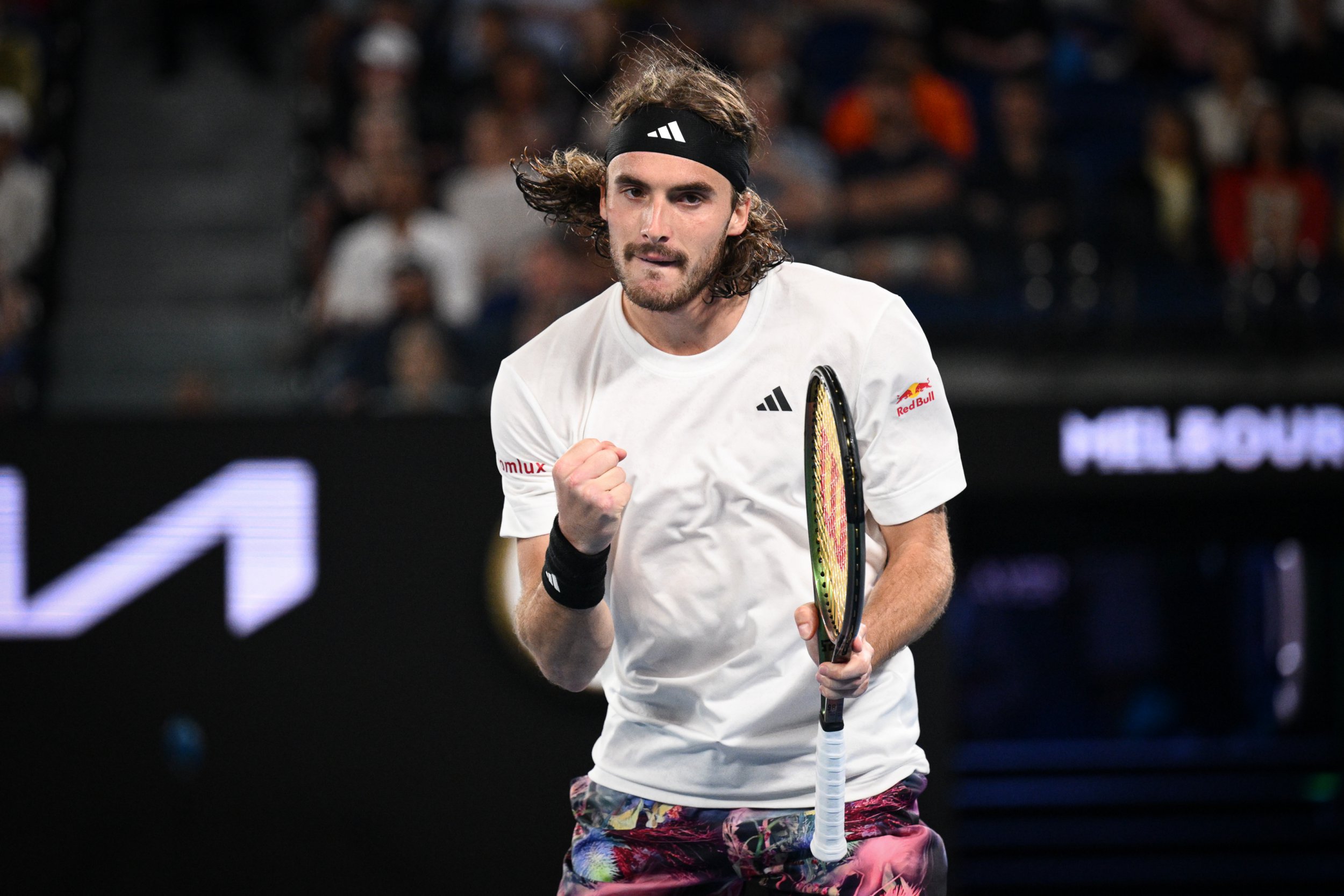 MELBOURNE — Stefanos Tsitsipas has the maturity to go one or even two better than his previous career best at the Australian Open, according to two-time grand slam finalist Mark Philippoussis.

Tsitsipas is now into his fourth Australian Open semi-final in five years, but he has lost all three of his previous matches at that stage.

He is also still chasing his first grand slam title having lost the 2021 French Open final to Novak Djokovic from two sets up but Philippoussis, who coaches Tsitsipas alongside his father Apostolos, thinks he is ready to break his duck.

“Especially as far as the heat and everything like that. You can see who has put in the work during the off-season. Normally it shows in the tournament.

“He has worked hard. Simple as that.”

He added: “Players get more mature and have more experience. And belief as well.

“Whoever is left in the tournament deserves to be there and there are no easy matches left. It’s about not looking past what is in front of you. Taking it one match at a time.”

Despite nursing a hamstring injury, Djokovic has cruised through the first five rounds, dropping just one set en route to a meeting with American Tommy Paul for a place in what would be the Serb’s 10th final.

“Novak is still in my opinion the favourite,” added Philippoussis.

“He might be strapped. But I called a match he played on the side of the court and if Stef were playing him right now, I’d say he’s 100 per cent. Don’t think anything less.”

Philippoussis had been offering advice from afar during 2022 before joining up to work alongside Tsitsipas Senior during Wimbledon last year, where Nick Kyrgios got under their charge’s skin and knocked him out in a bad-tempered fourth-round match.

The Australian has been in Tsitsipas’s box throughout the tournament so far and says he hopes he can continue to offer a new perspective on things.

“Look, [Apostolos] is the coach but number one he is the father,” Philippousis said.

“He is the coach second. Man, I watch my son, he’s eight years old, play under-12s basketball and I get nervous, so I don’t know about watching my son playing grand slam tennis.”

But a coach has never been able to have so much impact on a match. Grand slams this year are running a trial where coaches are allowed to offer advice freely – a particular bonus for Team Tsitsipas, perhaps the most regularly penalised for coaching before the trial. Player boxes are equipped with screens and data to allow coaches to analyse the match live and pass that information on as much as they see fit.

“We have tablets and all of this technology [but] as far as stats I don’t like to look deep too much because at the end of the day, it’s forehands and backhands,” Philippousis added.

“If you are going to tell a guy that he likes to go there, big serve out wide on the ad, and he goes down the T on break point, and [the player] is going to look at you pretty pissed. So, anything can happen out there.

“I just think it is very important to focus on your game and you have will have to adjust things. These great players adjust. You cannot expect a great player to do the same thing and let you keep hurting him the same way. You are going to have to adjust your game. It’s always a dancing act out there on the court, especially in these five-setters.”