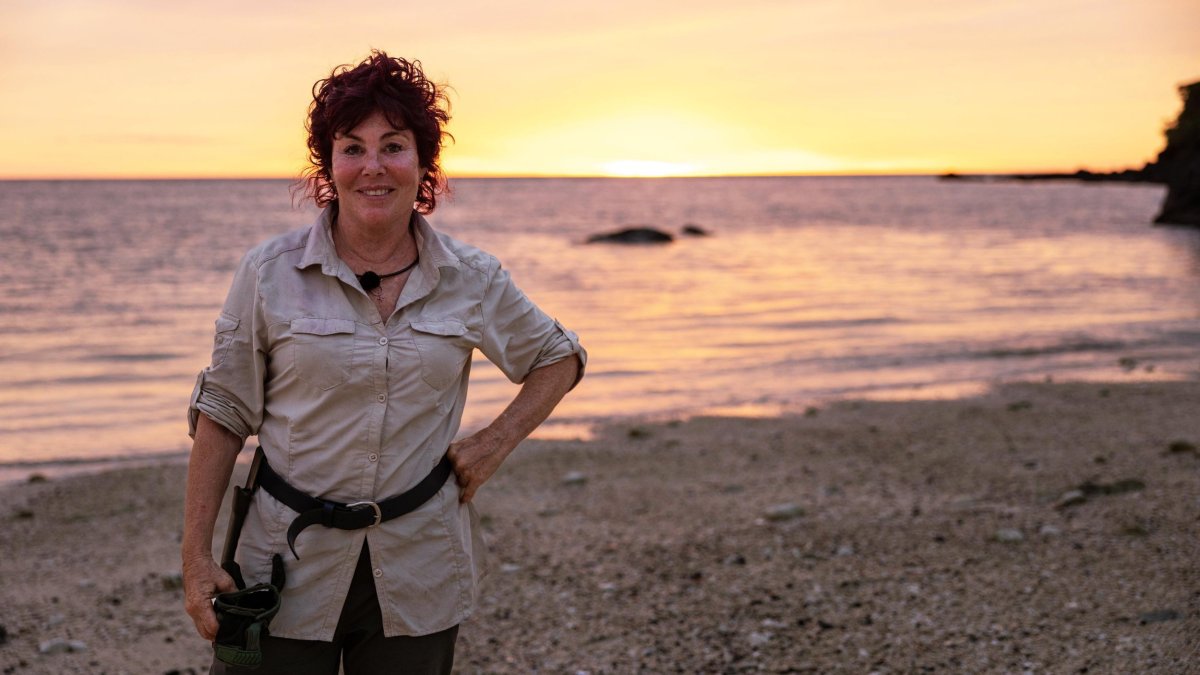 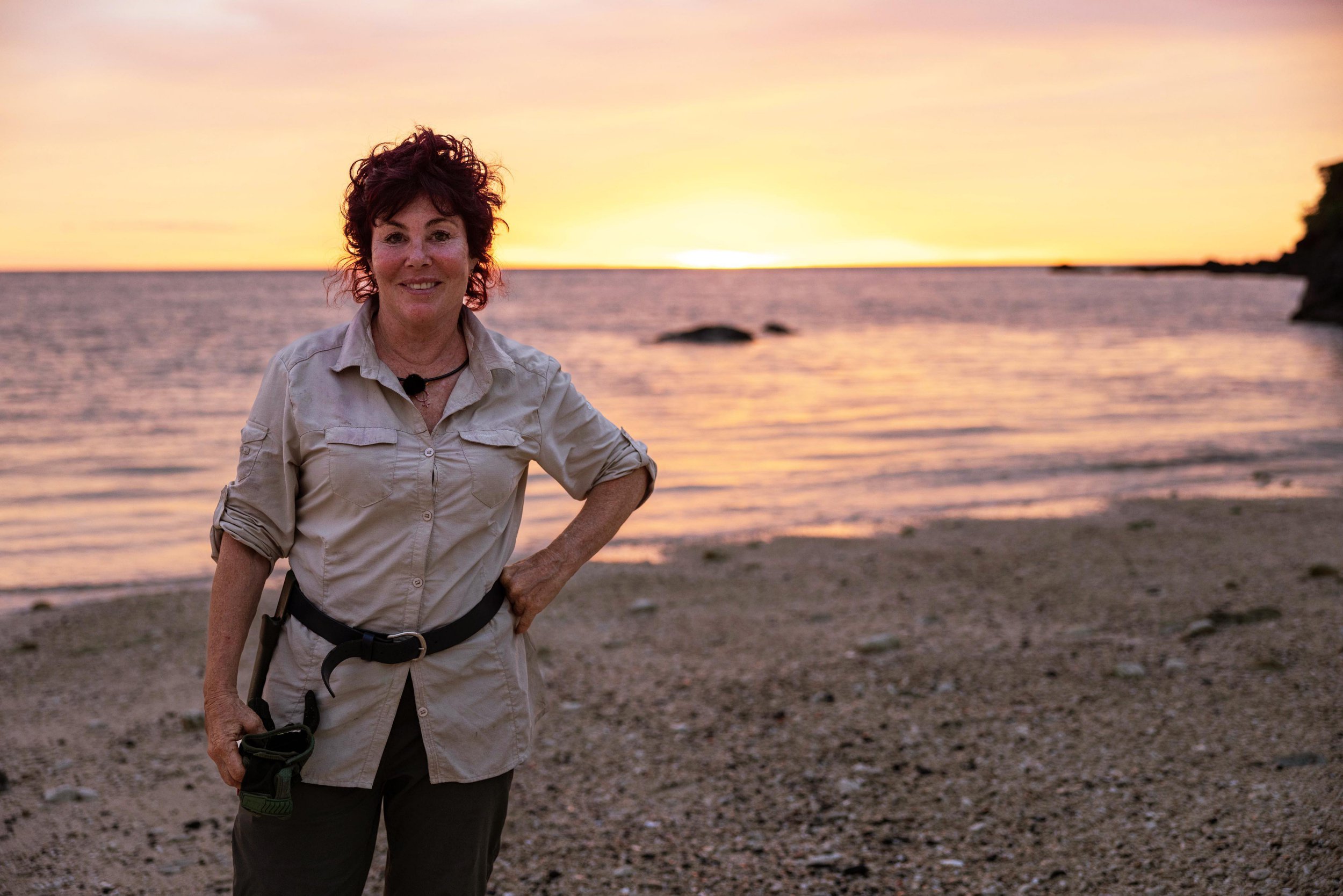 It was once notorious for filling its schedule with “films, football and f***ing”.

Now Channel 5 is stealing disillusioned BBC viewers with star talent poached from its rival and nostalgic drama considered “too white” for licence-fee payers.

While most broadcasters are battling a drift to streaming platforms, Channel 5 grew its audience share for a fourth consecutive year in 2022, posting record profits of £72m.

Backed by US giant Paramount Global, the increasingly-ambitious Channel 5 poached BBC star Dan Walker to front its evening news and has added former BBC stalwarts such as Michael Palin, Andrew Marr and Michael Portillo to its presenting line-up.

At the launch of its 2023 line-up on Tuesday night, Channel 5 announced that Jay Blades, who shot to fame with BBC series The Repair Shop, will present a personal history of London’s East End, where he grew up.

Ruby Wax will explore life as a castaway on a remote uninhabited island off the coast of Madagascar, documenting the experience’s effects on her mental health, using her own handheld camera and body-cams.

“If people are expecting Love Island, imagine how disappointed they’re going to be,” Wax, who has trained in psychotherapy, said.

Michael Palin, who embarked on a 1,000-mile journey through Iraq last year for the channel, will front a new series – the destination has yet to be disclosed as the 79 year-old admits his globetrotting days may be coming to an end.

Meanwhile astronaut Tim Peake ventures into territory colonised by Professor Brian Cox on the BBC, with a three-part series in which he explores the mysteries of our universe “from the planets in our solar system and the galaxies beyond.”

The jewel in Channel 5’s crown, its hit reboot of All Creatures Great and Small, watched by four million viewers, will return in the autumn. It has proved an embarrassment for the BBC, which turned down the series because the cast of the 1930s-set drama was insufficiently diverse.

The latest Christmas episode of the Yorkshire-set veterinary show beat BBC One and all other terrestrial channels in the ratings.

Documentary series such as Our Yorkshire Farm, which made a star out of shepherdess Amanda Owen and The Yorkshire Vet are also popular with audiences in the regions, alienated by what BBC insiders call an “obsession with youth.”

A controversial move to axe daytime fixture Neighbours, originally acquired under a £300m, 10-year deal in 2008, has freed up cash for new programmes to target channel-hopping viewers.

Channel 5 isn’t just cosy though. It has built a regular audience for “shocking true crime” stories, a lurid genre Netflix is also chasing.

Recent successes include The Girl In The Cellar, examining the case of Natascha Kampusch, the Austrian girl who was kidnapped at the age of 10, and forensic science documentary series Killer At The Crime Scene.

Channel 5 boss Ben Frow is also understood to be planning to capitalise on the success of All Creatures with an adaptation of the best-selling Hardacres novels by CK Skelton, a cross-generation saga which chronicle the story of a working-class family who strike it rich and move into a large Yorkshire estate.

Frow is using the Neighbours reinvestment to produce more psychological thriller dramas such as The Teacher, which starred Sheridan Smith as a teacher whose life unravels after being accused of having a drunken sexual encounter with one of her students. The serial became a “box set” success after winning 4.3m viewers.

Offering familiar BBC faces an opportunity to explore their passions is helping 5 win upmarket viewers liked by advertisers. Andrew Marr signed up to tell the stories behind what he considered the ten greatest paintings ever.

Launched in 1997 to shake-up the broadcasting establishment and “tell the stories of Britain,” Channel 5 is also planning to use Jeremy Vine, presenter of its morning current affairs talk show, to front a regular evening studio audience programme described as “Question Time on steroids.”

Made by ITN, the proposed series would allow viewers to vent their anger and anxiety over issues such as the cost-of-living crisis.

Vine’s popular daytime quiz Eggheads has found a new home at 5 after 18 years on BBC Two. Radio 2 host Vine said Eggheads had been left “sleeping at the BBC.”

Desmond brought Big Brother to the channel before selling it to US giant Viacom in 2014 for £450m.

Channel 5 pulled out of its deal to fund Neighbours last Summer, leaving the Australian soap without a production partner after 37 years.

Channel 5 said its share of teatime viewing was marginally up since Neighbours ended last summer.