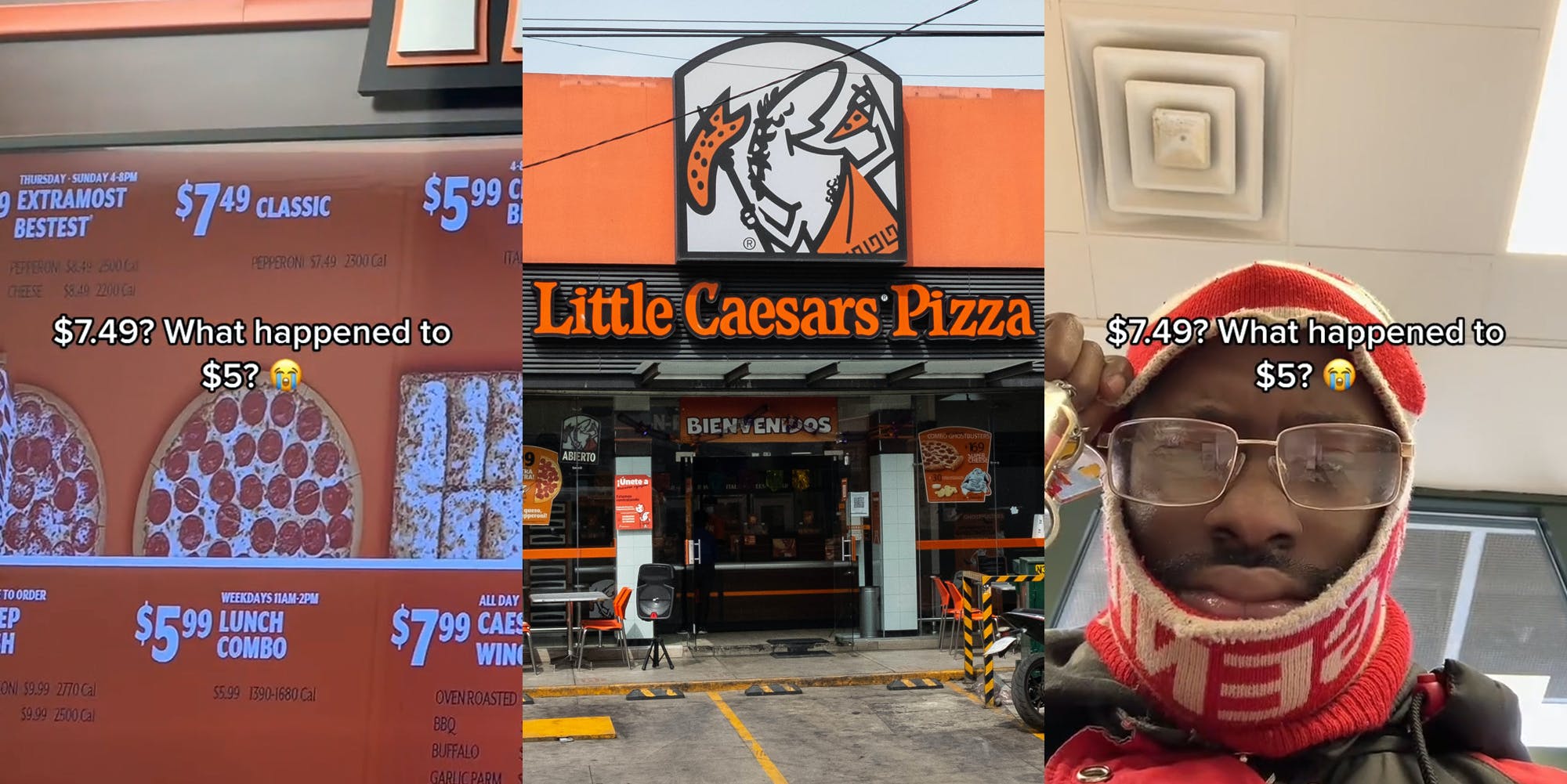 A Little Caesars customer is putting the chain on blast after it supposedly raised the price of the classic pizza from $5 to $7.49.

In a short video posted to TikTok, user Jordan (@thejordanarnette) shows himself sitting inside a Little Caesars and assessing the cost of various menu items. As of Wednesday morning, his video had over 371,000 views.

In the caption, Jordan doubled down on his disappointment. “Ik this not the same company that paid Rosa Parks rent,” he said, referencing a 2017 revelation that the chain’s founder had quietly paid Parks’ rent for years.

The Daily Dot has reached out to Jordan via TikTok comment and Little Caesars via email. But increased prices at the pizza chain are certainly nothing new. In January 2022, it raised the cost of its signature $5 Hot-N-Ready by 11%. According to reports, this was the first time Little Caesars had raised its prices in nearly 25 years.

Little Caesars also isn’t the only place seeing increased prices. In 2021, Dollar Tree announced that most products would cost at least $1.25 by the following year.

Still, given that Little Caesars is known for its affordability, many viewers were taken aback by Jordan’s video. Many users revealed how much a classic pizza costs in their state—meaning that the prices may vary depending on where you live.

“Mine is $6.25, so still pretty cheap for the amount of food,” wrote another viewer.

Alexandra Samuels is a national political reporter and contributor to the Daily Dot, where she started as an intern covering politics in the summer of 2016. She enjoys all things Marvel, keeping up with the latest TikTok trends, long walks with her pup, and reading murder-mystery novels.