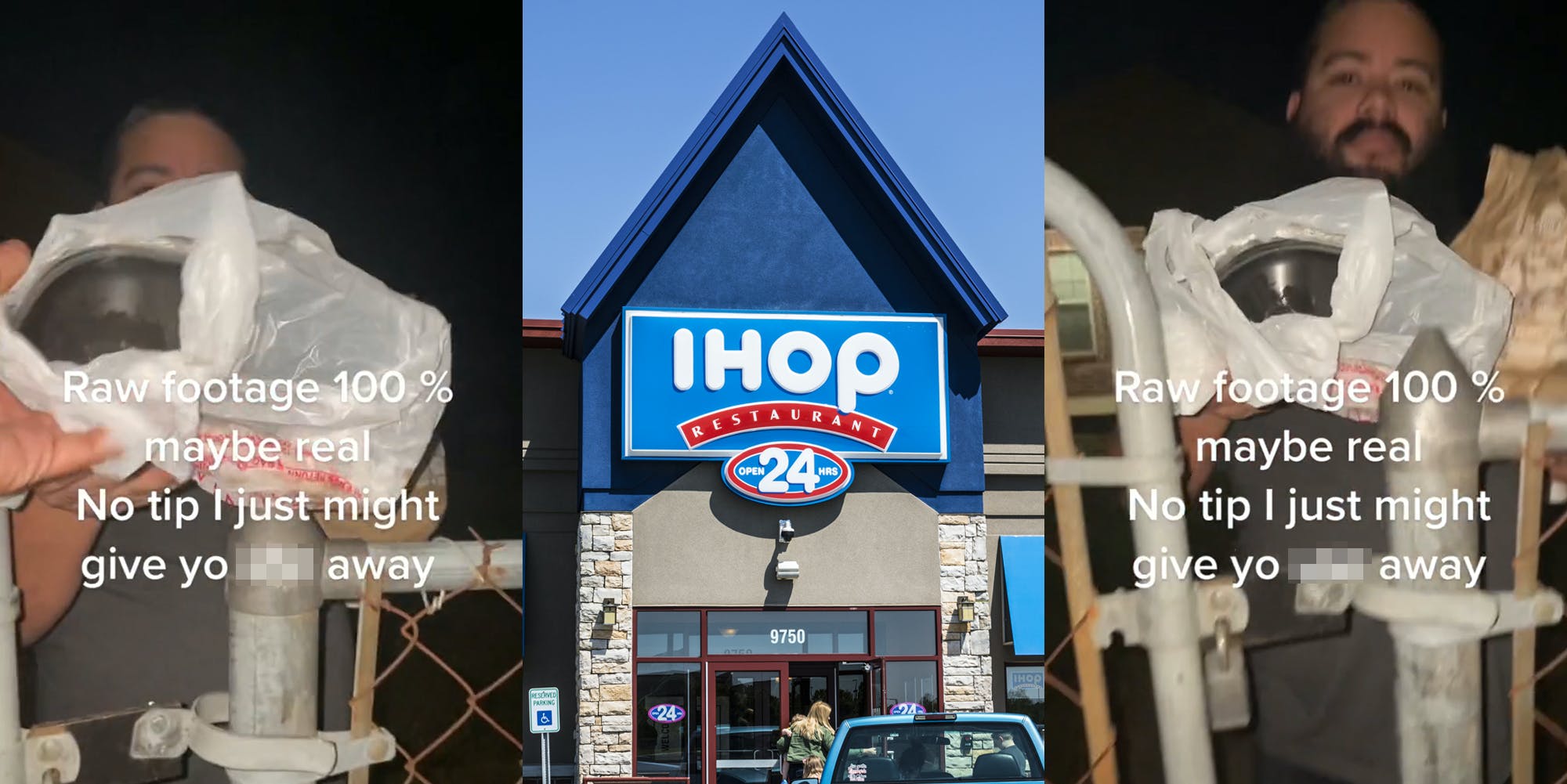 The topic of tipping has recently stirred discourse on TikTok. Some contributors to this conversation are a DoorDash driver who called out non-tippers and another DoorDash driver who ate a customer’s food after being tipped a measly 50 cents. Both drivers went viral on the platform. Another driver has now joined their ranks after posting a video where he allegedly gave away an IHOP order because the customer did not tip.

TikTok user @upchuck_kamalu, who works as a food delivery driver, posted the video on Jan. 24. As of Jan. 25, the video garnered over 19,000 views.

In the video, the TikToker sat in his car and revealed a container of hot food inside a grocery bag, which he claimed was a Salisbury steak from IHOP. The food did not come in an IHOP bag, so it is unclear if it was actually from the restaurant.

“Alright, I just got some Salisbury steak from IHOP,” he said. “Turns out this person’s a non-tipper, and I just dropped off an order, so here’s what I’m gonna do.”

The driver then got out of his car and returned to the house where he had just delivered an order. As he approached, the customer stood outside by a metal gate.

“My man, what do you do for the delivery driver? Do you tip them?” the driver asked, getting the customer’s attention. After the customer agreed that he routinely tips delivery drivers, @upchuck_kamalu gave him the IHOP order instead of the person it was intended for.

“My man just got an order. Now he got some more food,” he said. “We don’t feed non-tippers.”

The video triggered a vigorous debate in the comments section. Several viewers criticized the TikToker for expecting a tip before completing the delivery.

“I’m not tipping untill my food gets there do I get paid before I do my job no I don’t do I don’t tip [until I] get my food then I tip I tell then I tip,” one viewer wrote.

“I tip after delivery! with cash! I try to state it on delivery instructions so its known cash tip. cus I tip based on service,” a second echoed.

Other users condemned @upchuck_kamalu for accepting the orders without tips, essentially wasting his and the customers’ time. Some even criticized him for “relying on tips,” stating that he should “get a real job.”

However, many users took the TikToker’s side, claiming that non-tippers shouldn’t order from delivery apps if they can’t afford to tip.

“If you can’t tip don’t order delivery go get your own food simple,” one viewer stated.

“I hate people like this .. if you can’t tip then go pick it up yourself,” a second agreed.

Since the video ignited such an argument, @upchuck_kamalu posted a follow-up explaining himself. The follow-up was a response to a user’s comment. In it, the TikToker claimed that his original video was a “troll video meant to be funny.” He concluded by criticizing the user whose comment he was responding to.

The Daily Dot reached out to @upchuck_kamalu via TikTok comment for more information.

Melody Heald is a culture writer. Her work can be found in Glitter Magazine, BUST Magazine, and more.