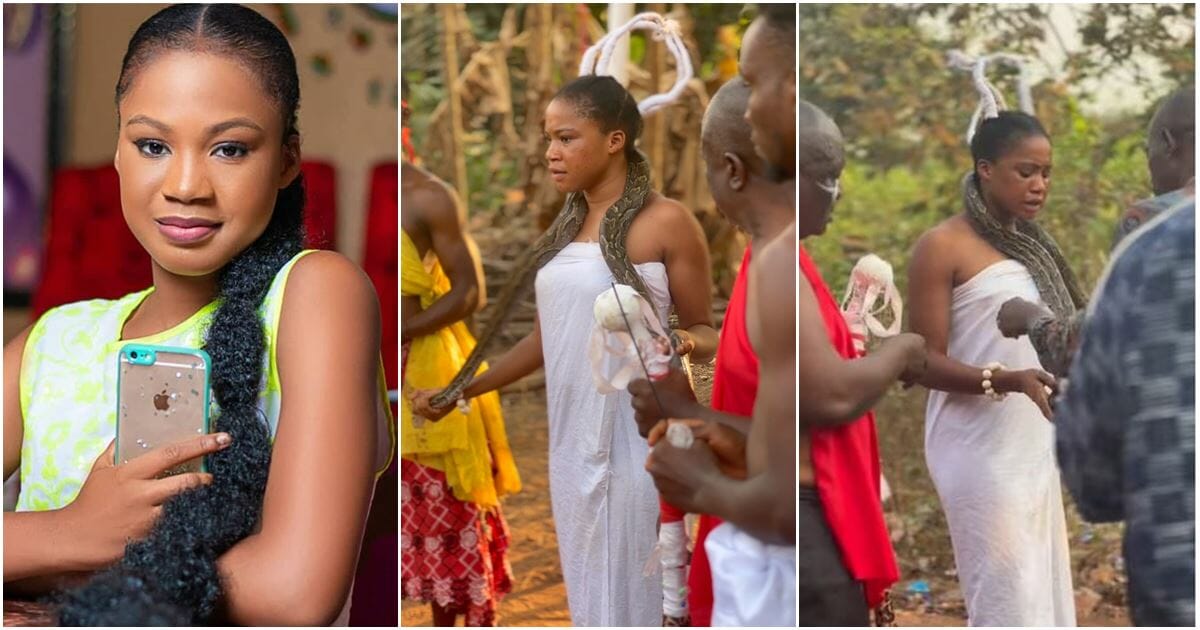 Teenage actress, Mercy Kenneth sparked comments from netizens after she shared a snippet of a movie she was made to carry a python on her neck.

The 13-year-old while posting the clip disclosed the title of the film, ‘UZOMIRI’. In the video, Mercy Kenneth could be seen fidgeting as she bore the huge serpent on her neck.

She however summoned courage in the course of the play as she was able to hold it on its head while delivering her role.

Captioning the video, she wrote:

Reacting to the video, an IG user identified as @dong3l_  quizzed the budding actress over her role, he wrote: “With all due respect. Aint all this having negative impart 🤔”

Responding to a series of comments under dong3l_’s remark, Mercy boldly asserted: “God have given us power over every things. with God all things is possible .”