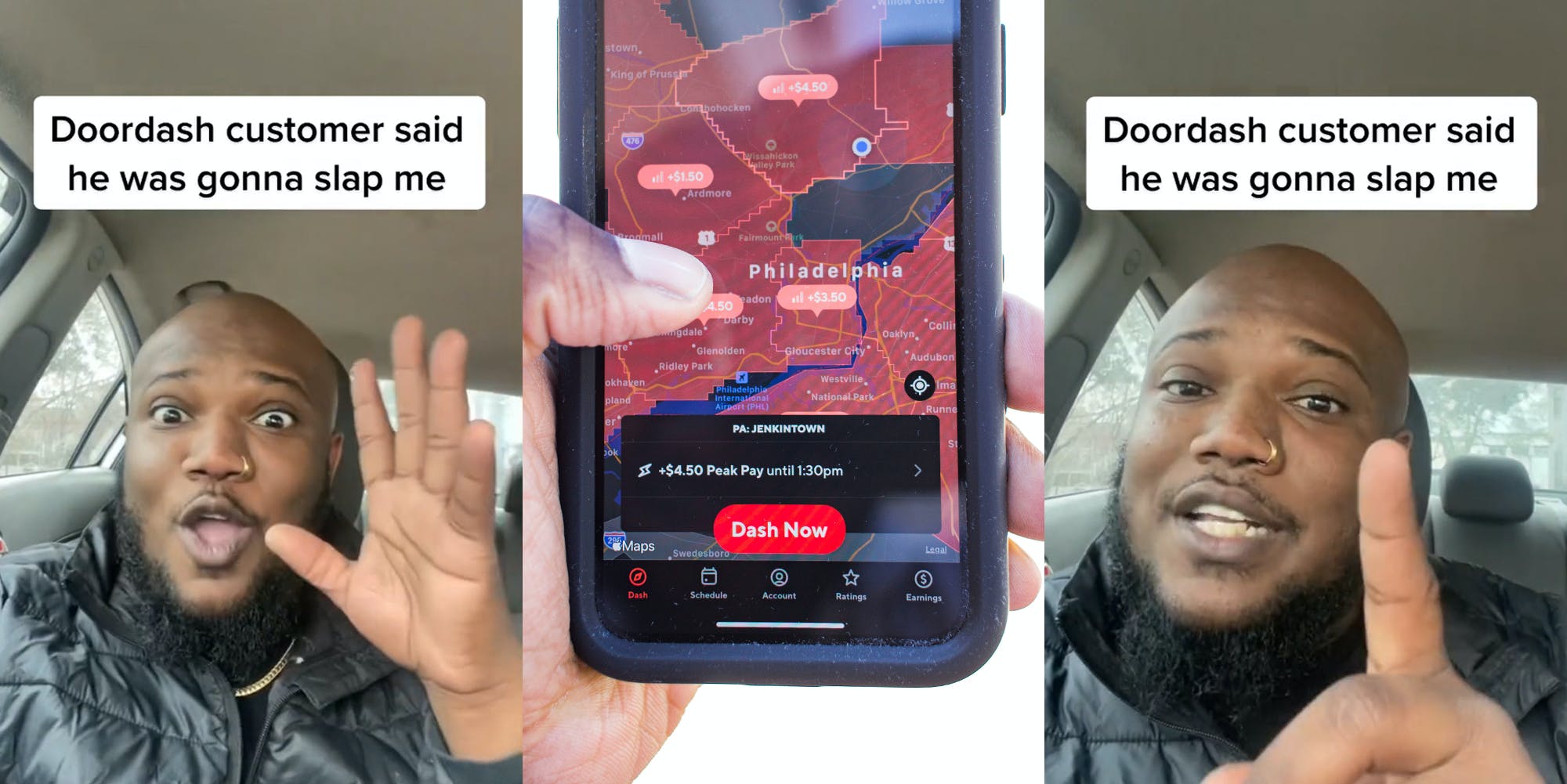 A DoorDash driver took to TikTok to detail a recent incident involving a customer who threatened to slap him after not being able to produce his ID for a Chili’s order that included alcohol.

The video comes from a Houston-based creator, Maliek (@maliekr), who ensures viewers that “a lot of shit goes on out here in Houston” when he’s DoorDashing. He describes the incident, with a customer named Micah, as an example of that.

Before beginning his tale about Micah, though, he took a brief departure into praising Chili’s for allowing DoorDash drivers to pull up at a curbside pickup area rather than going into the restaurant. He likens that experience to “a crisp Sprite from McDonald’s.”

Then, he began his story in earnest, noting that the order included a margarita, and DoorDash has regulations involving ID scanning before a DoorDasher can give alcohol to a customer.

As the DoorDash website notes, regarding alcohol delivery to customers, “You must verify the customer’s identity by following instructions in the Dasher app before you hand them an order containing alcohol. You cannot leave an alcohol order unattended or hand it to someone else who cannot produce a valid ID (even if they claim that the customer is inside and can’t come to the door).”

He then says, “I message him and I’m like, ‘Yo, hey, Micah, you have alcohol and I have to verify your license, so I can’t leave it at your door. So is that cool?’”

While Micah conveyed that was cool, it soon became evident it was not.

“He should have just fucking told me that it wasn’t cool, because when I fucking got there, bitch-ass didn’t even have his goddamn ID,” he reports. While Micah “looked old enough,” Maliek notes that DoorDash requires an ID scan to move through the necessary steps in marking an order as delivered through the app.

He then claims Micah told him, “Stop playing with me before I smack the shit out of you.”

Maliek took umbrage at this, revealing he was going to do Micah a solid and scan his own ID to get Micah over that hurdle.

“But just because of that, man…” Maliek exclaims. “And I stepped on that margarita.”

Maliek concluded his tale by claiming, “I’m a different kind of Dasher,” and inviting Micah to slap him, noting, “Please, make my day, because I got all the time today.”

Commenters marveled at the tale, with one noting, “This is just one reason I won’t deliver alcohol—cuz of freaking Micah.”

Another expressed concern for Maliek’s proposed workaround, observing, “Don’t scan nothing for them because it can come back on you.”

Others wondered about the lack of ID for an alleged adult. As one commenter remarked, “How he don’t got his ID and he at the crib?”

For others, though, the story offered a different kind of hope.

“Hold up,” one commenter remarked. “I can order alcohol through DoorDash! Guess 2023 is NOT the year I quit drinking!”

Phil West is a veteran professional writer and editor, and the author of two books on soccer, ‘The United States of Soccer,’ and ‘I Believe That We Will Win,’ both from The Overlook Press. His work has appeared most recently in The Striker, where he serves as managing editor, MLSSoccer.com, Next City, and Texas Highways. Based in Austin, he is also a lecturer in the Writing Program at the University of Texas at San Antonio.