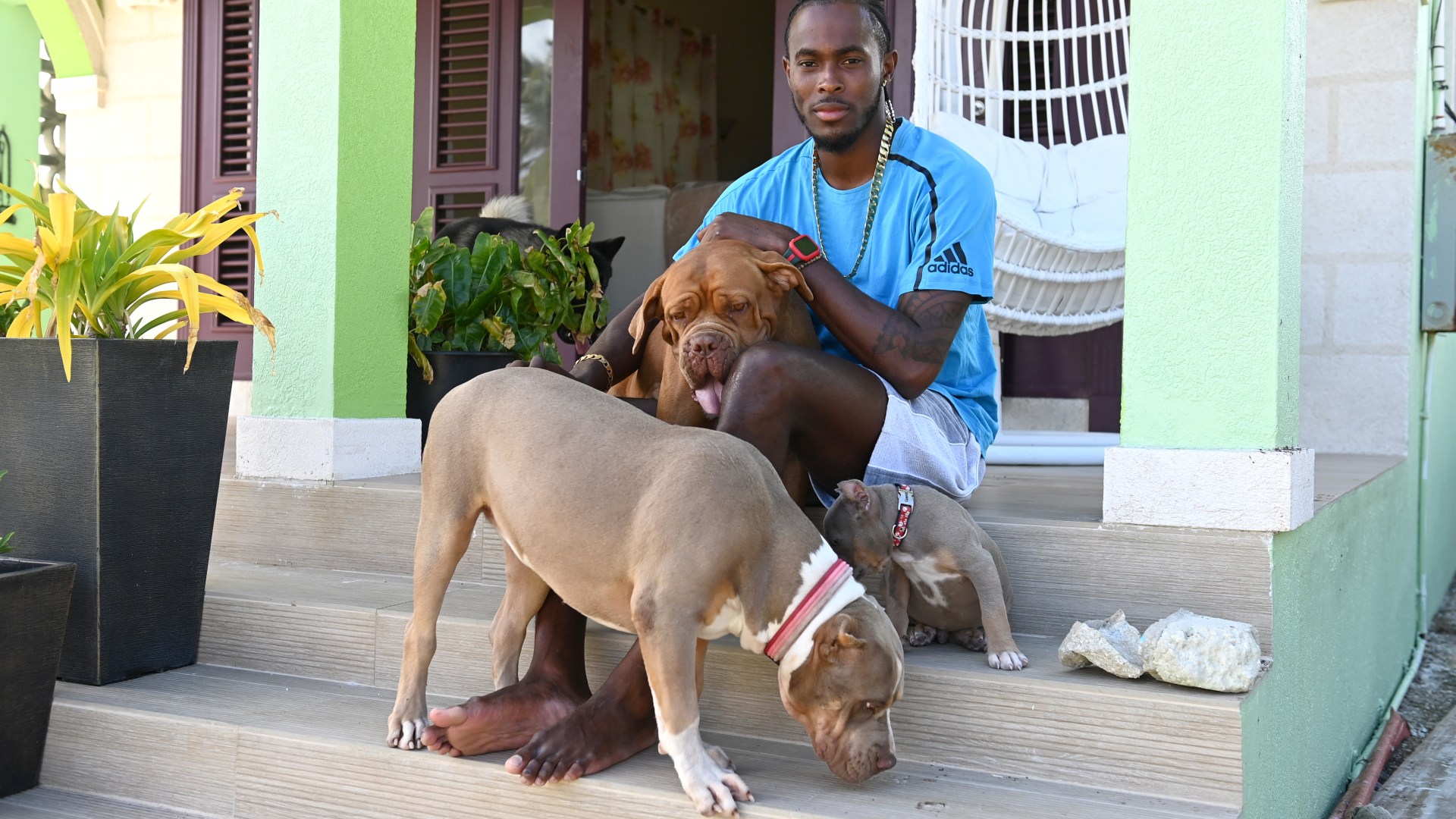 England fast bowler Jofra Archer has revealed that he called upon the help of some canine friends to help him through his rehab.

Archer’s last appearance on the international stage came way back in March 2021 after his breakthrough at the World Cup in 2019.

He has not been involved with England since then due to injury, with the 27-year-old suffering a stress fracture in his back and also needing surgery on his elbow.

However, Archer is back and ready to compete for the team, with England set to face South Africa in their ODI series beginning Friday.

He spent much of his time in his birth place of Barbados, and has now revealed just how much the company of his dogs helped him.

He said: “I went a bit crazy probably a month after I got back to Barbados.

“I got about five dogs in the space of four weeks. The routine kept me going – shovelling lots of poo and feeding lots of dogs!”

Although he was away from action as a result of his recovery, Archer has still maintained a positive spirit.

“There’s no reason to look back,” he added. “I’ve done my time and I’m here now. That’s the most important thing.

“To be honest, I had the best time being injured, I had stuff to keep me going – my friends, my family, the gym. I’m not upset at all, I don’t think I wasted any days as well when I was injured. I’m happy.”

England’s first ODI against South Africa will take place in Bloemfontein and will mark the beginning of their preparations for this year’s World Cup.

Archer and co. will travel to India in October in the hopes of defending their crown, which was won in dramatic fashion at Lord’s in 2019.

We will bring you ball-by-ball coverage of England’s three-match ODI series against South Africa, live on talkSPORT 2. Coverage gets underway on Friday from 10am with fast bowlers Darren Gough and Steve Harmison, as well as former England batter Mark Butcher, being part of our award-winning team.

Betting Offer Of The Day