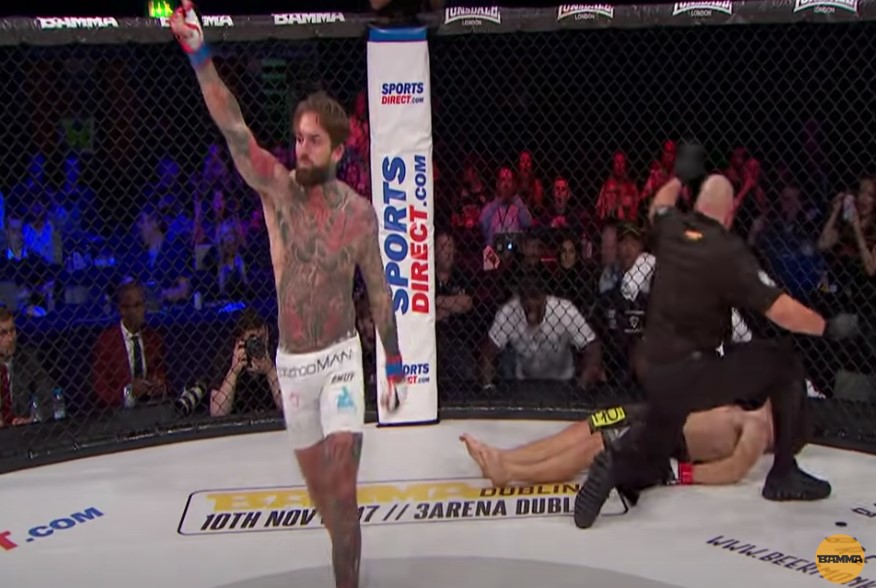 Aaron Chalmers may be known for appearing on reality TV shows but he’s actually a seven-fight MMA veteran with a brutal knockout win on his record.

On Monday, Floyd Mayweather shocked the world when he announced he is set to fight the Geordie Shore star in an exhibition at the O2 arena in London on February 25.

The boxing legend was originally scheduled to face Liam Harrison next month but the ONE Championship Muay Thai icon was forced out of the fight due to a knee injury.

Mayweather posted a fight poster to Instagram, with the caption: “Different face, different name, same results. #London we are still rocking and rolling on Feb. 25th at the O2 Arena. Tickets will be on sale soon. Stay tuned!!”

Chalmers also confirmed the fight on social media, he wrote: “I’m fighting Floyd Mayweather at the 02 London on 25th feb!! It doesn’t get much bigger than this for me!! Some 1s 0 has to go”

Since retiring from professional boxing in 2017, ‘Money’ has travelled the world showcasing his skills against novice opponents such as YouTubers Logan Paul and Deji.

However, Chalmers is not your average influencer boxer, as he has been training and competing in combat sports for years – mainly in MMA.

The 35-year-old made his debut in the sport in May 2017, picking up a first-round submission win over Greg Jenkins at BAMMA 29 in Birmingham’s Genting Arena.

A few months later, Chalmers showed he is a striker at heart when he scored a quick knockout win over Alex Thompson, who was making his professional debut but had a lot of amateur experience.

The fight was over after just 30 seconds when the ‘The Joker’ landed a monstrous left hook that seemed to have his opponent out on his feet.

Chalmers followed it up with a straight right hand that sent Thompson crashing to the canvas where he lay unconscious as the crowd wildly celebrated.

One more win and the surprise MMA prospect was snapped up by Bellator, the promotion that is widely regarded as the UFC’s closest rival.

Chalmers won two and lost two in the promotion before deciding to retire from the sport and begin a new career in the world of boxing.

In June, he made his professional boxing debut on a Wasserman card in Liverpool that featured welterweight contender Josh Kelly and Tyson Fury’s cousin, Nathan Gorman.

Chalmers laboured to a points win against Nicaraguan journeyman Alexander Zeledon who had six wins and 28 defeats heading into his fight with the popular fighter from Newcastle.