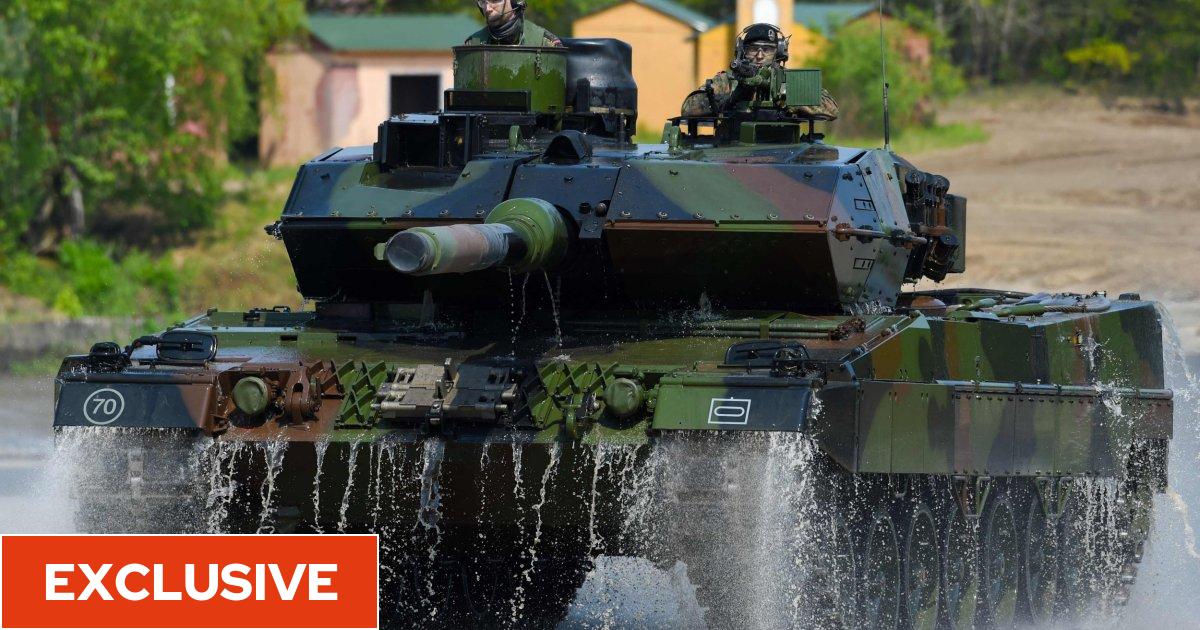 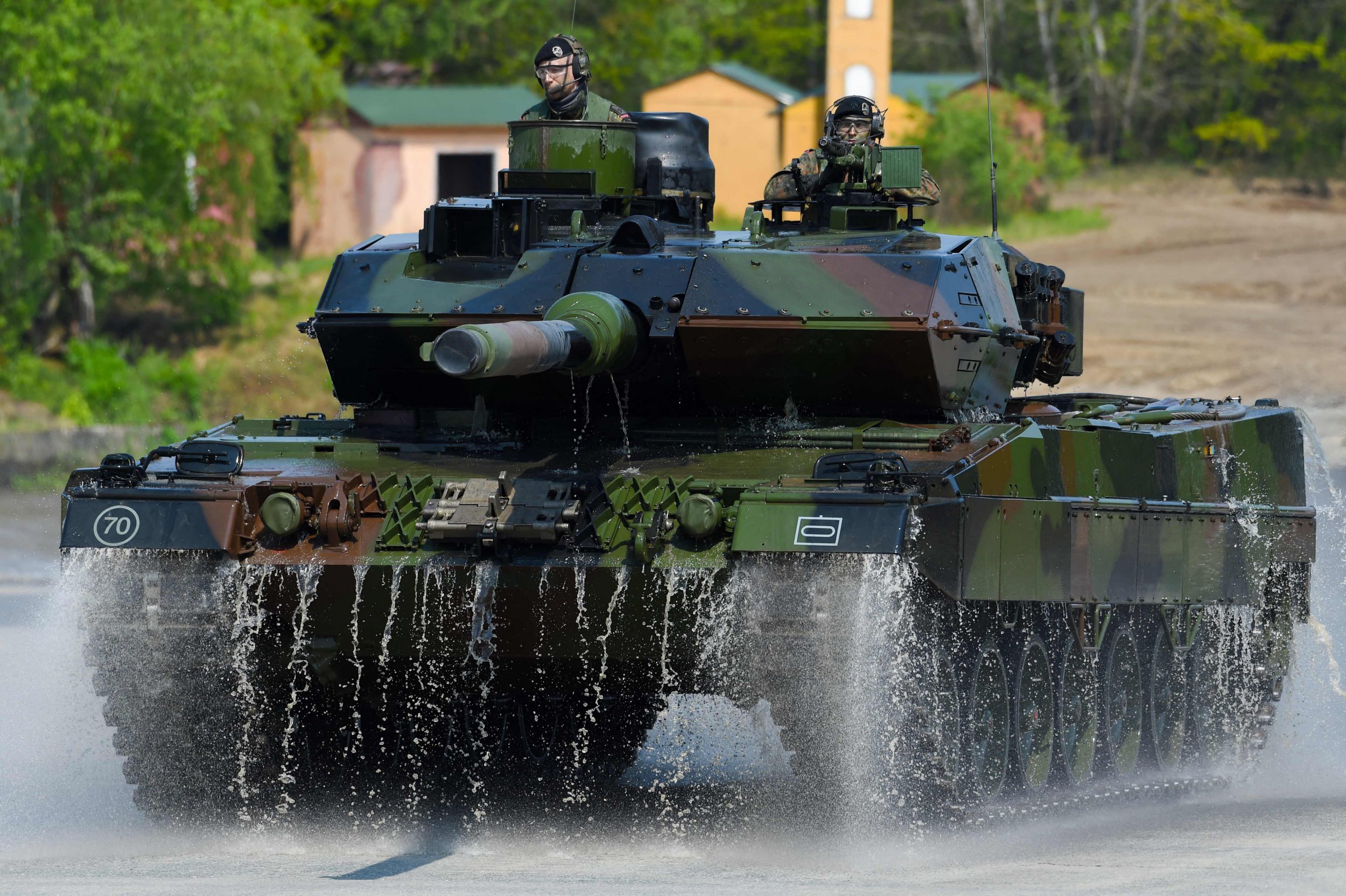 The Russian military will look to target the “game changing” tank delivery from Germany before it reaches the front line, former senior British Army officers have warned.

The officials claimed that the new delivery of German Leopard 2 tanks will drastically improve Ukraine’s chances on the battlefield but become a focus for a strategic attack from Russia’s forces.

German Chancellor, Olaf Scholz, approved the supply of Leopard tanks to Kiev after weeks of diplomatic deadlock between Nato members.

In a major development in the ongoing war with Russia, Germany will also approve the export of Leopards by third countries, including Poland which has already submitted a formal request to Berlin to send tanks from its stock.

A former commanding officer in the British Army’s tank regiment and weapons expert Hamish de Bretton-Gordon told i that the delivery will be a “game changer” for the Ukrainian forces.

“Western tanks are much better protected than Russian ones and their firepower is far greater,” he said. “Russia is using its tanks as static pillboxes – they are best used for manoeuvre and shock action – western tanks are best at fighting in the dark and can fireball accurately on the move which Russian ones can’t.”

The former commanding officer told i that the delivery of tanks will be a key target for the Russian army but Ukraine has “proved brilliant” at the “security and deception around the deployment of western tanks”.

The German-made Leopard 2s have long been coveted by Ukraine’s President Volodymyr Zelensky due to their manoeuvrability on the battlefield and the ease with which they can be operated and maintained.

Roland Dangerfield, a former British Army Major and Challenger 2 tank squadron leader, warned that the delivery into Ukraine would be a “strategic and operational challenge” as a convoy of any Western manufactured tank poses an “exciting target” for Russian forces.

He told i: “They will probably be transported on trains as far as they can go, maybe as far as the Ukrainian border, and then they’ll go on the back of transporters from there.

“Even a tank convoy on the back of transporters will be quite an interesting and exciting target for the Russians,” he said, adding: “Destroying the tanks before they get to the frontline is going to be their best chance of success and a major propaganda victory.”

Mr Dangerfield said the move was “ultimately a political gesture” designed to “force the German’s hands, which they’ve successfully done”.

He said that while Challenger 2’s were a “fantastic” piece of equipment, the training and specific ammunitions used by them make the Leopard 2 tank’s “logistically supportable and sustainable” for the Ukrainian forces, not least because neighbouring countries have “vast stockpiles” of them.

The German Chancellor had been reluctant to make the commitment until the US confirmed it had signed a preliminary agreement to send its M1 Abrams tanks to Ukraine. President Joe Biden has now confirmed the US is to send 31 tanks to support the country’s efforts to push back Russia.

The approval from German officials to deliver Leopard 2 tanks has a diplomatic impact as well as a strategic one. It comes after Ukraine acknowledged its withdrawal from the town of Soledar, in the Donbas region of Eastern Ukraine.

“After months of heavy fighting, including over the past weeks, the Armed Forces of Ukraine left (Soledar) and retreated along the outskirts to pre-prepared positions,” military spokesman Sergiy Cherevaty said on Wednesday.

The Ukrainian military initially disputed those claims and said its forces were still contesting areas of Soledar. But Mr Cherevaty’s statement confirmed the suspicions of foreign governments and open-source investigators tracking the conflict.

The official representative of the Russian Foreign Ministry, Maria Zakharova, said that the supply of German tanks to Ukraine is a pre-planned war against Russia.

In response to the approval from the German government, Russia is already preparing its reaction, according to a public intelligence update from the British Government.

In an intelligence update, the UK’s Ministry of Defence (MOD) suggested new T-14 Armata tanks are being deployed by Russian forces.

But these tanks have been in “poor condition” and Russian troops have been reluctant to accept them, suggesting they were not fully operational, the MOD said.

Notably in 2015, when a T-14 Armata tanks was presented on the “victory day” on Red Square, it stalled during the rehearsal.

Russia dismissed the deployment of tanks from the UK, Germany and the US, predicting they would “burn” on the battlefields of Ukraine.