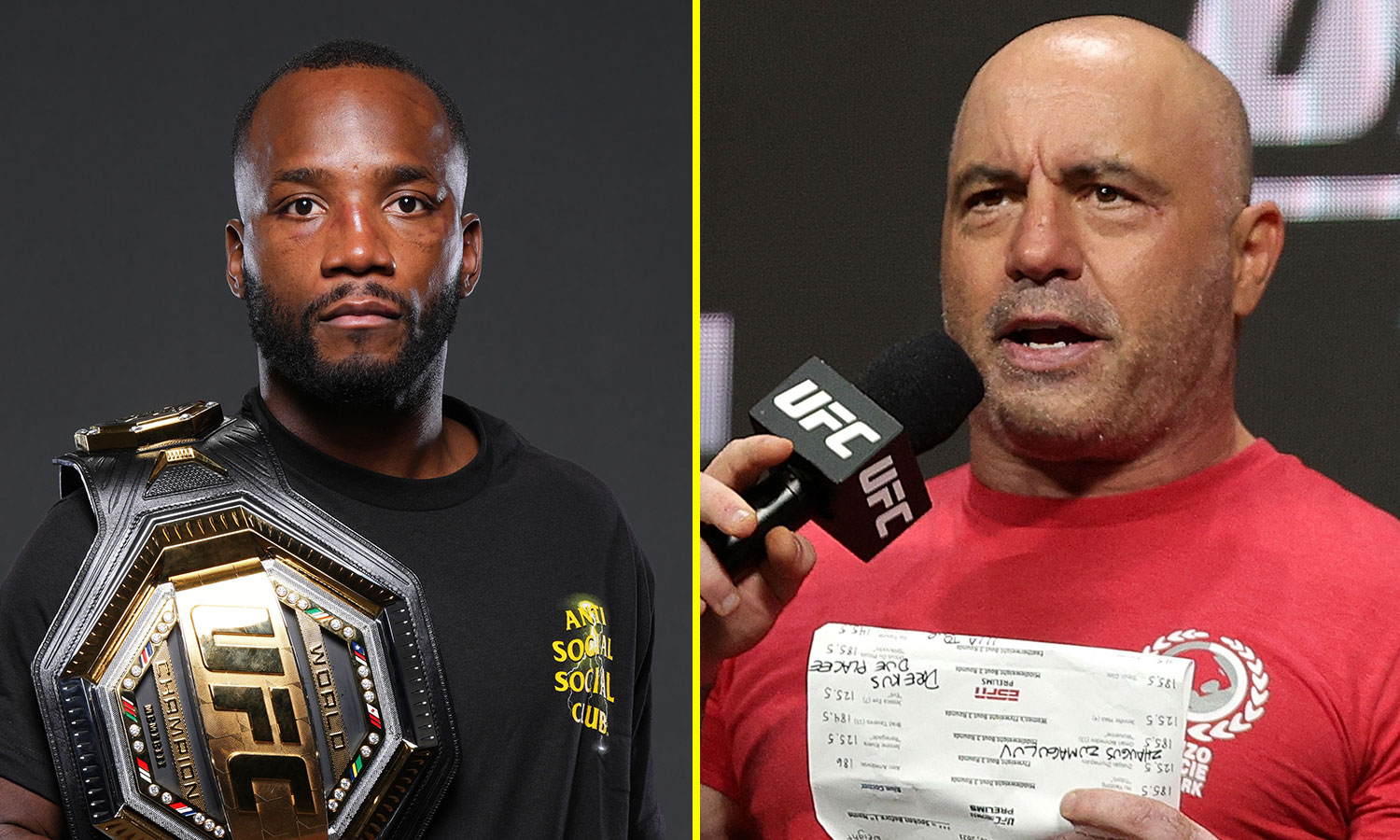 Leon Edwards has reacted to a story from Joe Rogan who claims to have saved an uneducated civilian from getting beat up by the UFC welterweight king.

Last November, the UFC commentator was joined on his popular podcast by comedians Ari Shaffir, Bert Kreischer and Tom Segura when the latter began to tell a funny story.

Segura said: “Somebody is talking s*** to a UFC fighter that Joe is with. And then Joe is like, ‘Look, man. I know you’ve made a lot of mistakes in your life but you’re about to make a critical one.”

Rogan intervened with a chuckle: “Let me just tell you who it is, it was Leon Edwards. Some guy was talking s*** to Leon Edwards and I said, ‘You are making a critical mistake.’

“Let me just step in right here, ‘First off, you’re out of line and you’re being a s***head to him for no f***ing reason. And you’re picking on the wrong dude, that is one of the best fighters on planet Earth.’”

Everyone in the studio burst out laughing about the encounter and the rest of the world found it funny too, as the story began to circulate across social media.

Rogan didn’t specify when it was but ‘Rocky’ has previously spoken about spending time with the UFC legend and comedian Dave Chappelle in March 2021.

Almost two years later, the events of that night are a bit of a blur for Edwards who laughed when asked about Rogan’s story before claiming that he was unaware of what was happening around him.

Edwards is now a UFC champion after viciously putting Kamaru Usman to sleep last August with a shot Rogan described as ‘the greatest head kick knockout of all time.’

Meanwhile, the unknown man is probably sitting at home breathing a huge sigh of relief that Rogan was there to save him from himself that night.

The Englishman will defend his belt against Usman at UFC 286 in London on March 18 before targeting fights with Conor McGregor and Jorge Masvidal later this year.