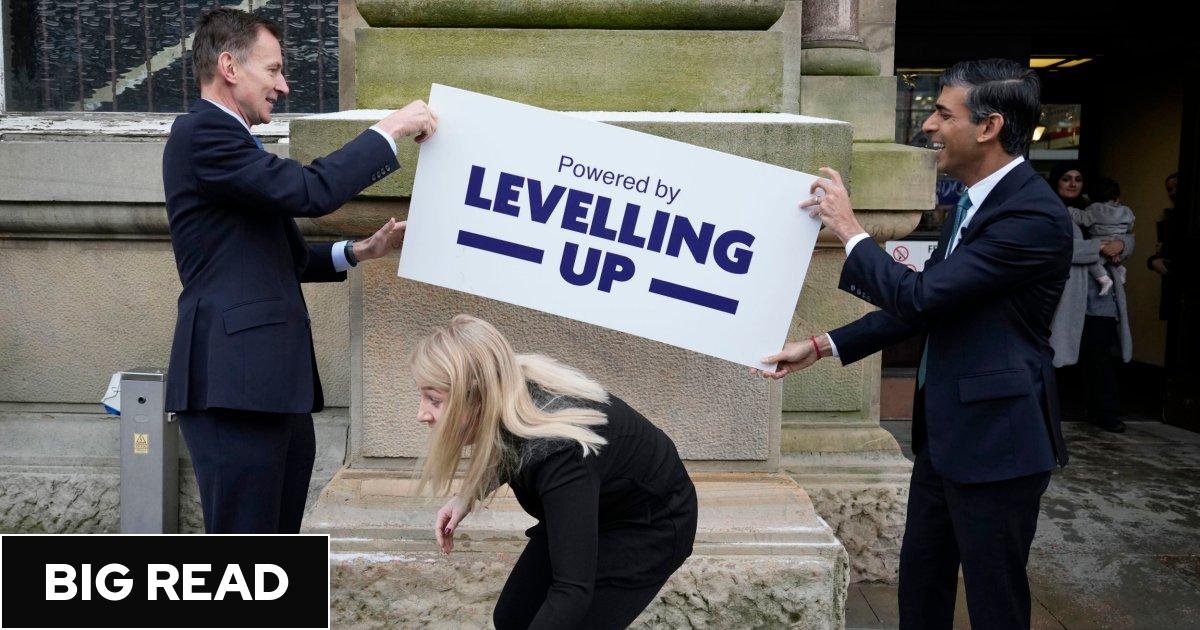 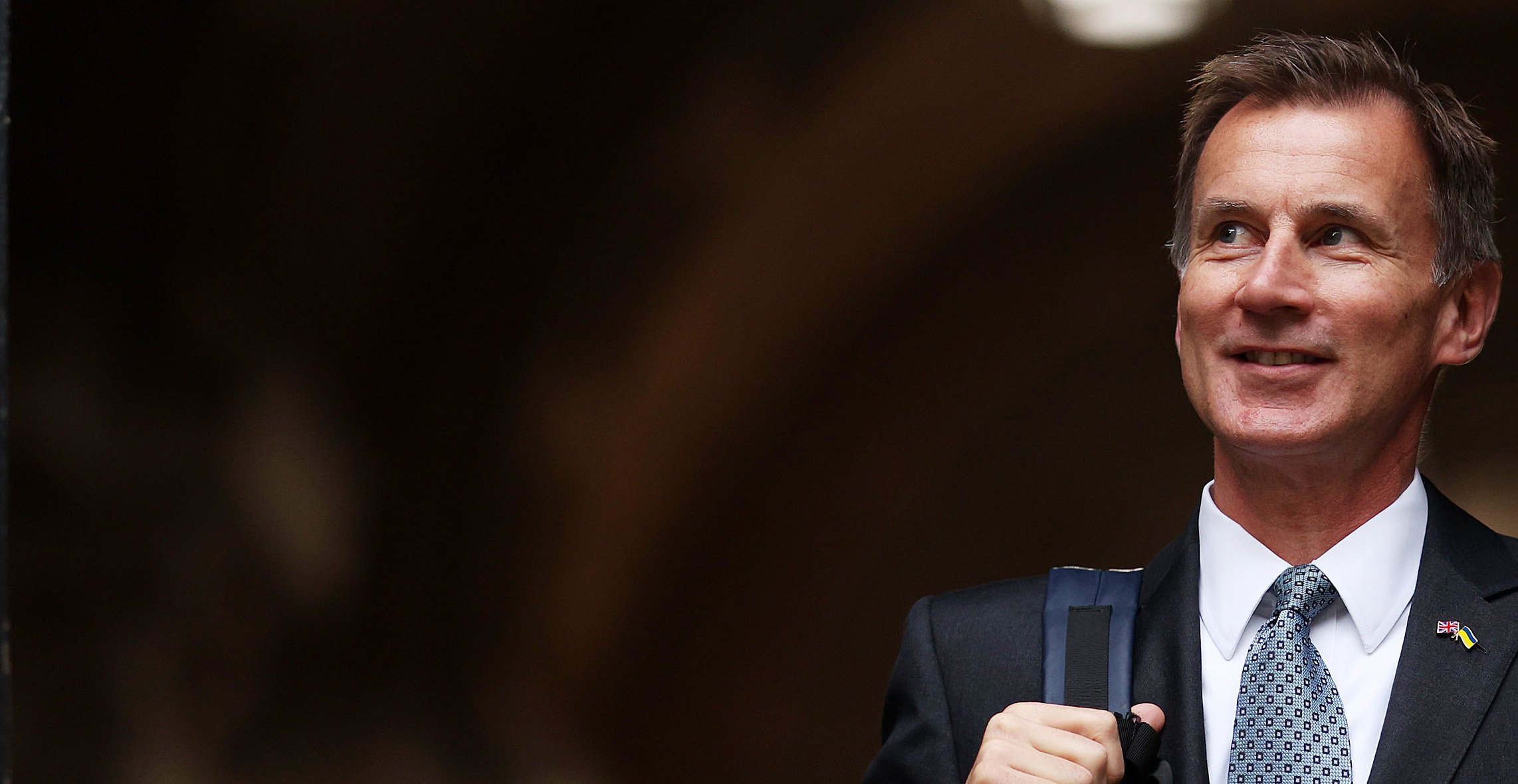 Jeremy Hunt and Rishi Sunak are planning another relaunch of their economic plans as they seek to convince voters they will be able to improve living standards in time for the next election.

The Cabinet will meet for an “away day” on Thursday which will see them decamp to Chequers, the Prime Minister’s country house, for hours of crisis talks on how to deliver on Mr Sunak’s promises.

Friday, Mr Hunt will make his first major speech since becoming Chancellor, laying out his vision of how to grow the economy in the face of persistent demands from Conservative MPs to move on from the approach of putting balanced public finances first.

And all Whitehall departments have been told to submit ideas for how to cut red tape in the months ahead – while ministers weigh up reforms to local government funding, the state pension and retirement age all designed to boost productivity.

Economic growth is forecast to be sluggish this year with the Office for Budget Responsibility, Britain’s public finances watchdog, now expected to downgrade its forecasts at the Budget in mid-March. Investors believe the Bank of England will stop raising interest rates and even start cutting them again by the end of the year in a bid to stimulate growth, according to economic pollsters.

Nonetheless, senior Tories are clinging to the hope that the Prime Minister’s background in managing the economy will give the party a helping hand with voters. One minister told i: “We’re behind in the polls but Rishi is ahead of Starmer on the question of economic competence.”

Today’s Cabinet gathering in the Buckinghamshire country will begin with a long discussion on how the Conservatives can regain political momentum after a string of embarrassing setbacks, the most recent being the public row over Nadhim Zahawi’s tax returns. No 10 sources confirmed that party chairman, who is under investigation over whether he deceived the Prime Minister and the public, will attend the away day.

Mr Hunt’s speech tomorrow will provide the ideological underpinnings for his upcoming Budget, according to allies – but the Chancellor will defy Tory backbenchers by making it clear that “sound money” must continue to come before “low taxes”, meaning there will be no significant tax cuts at the Budget because it will be too early to tell whether the public finances have turned a corner at that point.

Alongside the Budget, the Government is drawing up plans for deregulation which are a partial revival of Liz Truss’s “supply-side reforms”. All Cabinet ministers have been asked to submit their ideas for how to cut red tape as regulations which originated in the EU are replaced with a new regime.

Among the reforms being considered are raising the state pension age sooner than expected, and making childcare cheaper by loosening the restrictions on providers – one of Ms Truss’s key priorities during her short-lived premiership.

Another change to how the economy is organised which is currently under discussion between Mr Hunt and Michael Gove, the Levelling Up Secretary, would see the ad-hoc system of top-up funding for local councils replaced by a guaranteed grant which local leaders could use however they see fit. Advocates of the reform are pushing for an announcement by early spring, claiming it would help the levelling up agenda by decentralising the use of public money.

Andy Street, the Mayor of the West Midlands who is the most senior Conservative politician outside London, told i: “The current system for the UK’s regions to obtain cash from central Government is simply a begging bowl – presided over by civil servants in London who at best have limited knowledge of the area whose fate they are deciding.

“The Government cannot say it is committed to levelling up until it moves away from this mass-centralisation and starts to empower local leaders to make local decisions. Single pots would be a great way to start this journey… but the more mature model would be to look at tax retention. We already know, for example, how much vehicle exercise duty or airport passenger duty is raised here in the West Midlands, so why can’t we keep it instead of it being sucked into Whitehall and us having to use our begging bowl to get it back?”

Many critics of the Government argue that it cannot reverse economic stagnation without a reassessment of relations with the EU, which most experts agree have been a drag on the UK’s prospects since the Brexit referendum of 2016. Mr Sunak insists he will not compromise on the red lines originally set out by Boris Johnson – but behind the scenes, ministers and officials are working on ways to smooth over the trade relationship and help British firms rebuild their links with the continent.

Ministers are holding quarterly meetings with eight of the UK’s largest economic partners in the UK, with a focus on how to speed up customs processes which have made it much harder for some companies to send their goods abroad. Even within a single company, customs procedures can vary from two hours to two weeks depending on how rigorously and effectively officials apply the EU’s rules to British imports. “It’s frustrating, it’s annoying, but that’s the world we live in,” a UK Government source said – but they added that speeding up the process would begin to fix some of the post-Brexit problems. Nearly all Tories would agree the economy needs all the help it can get.