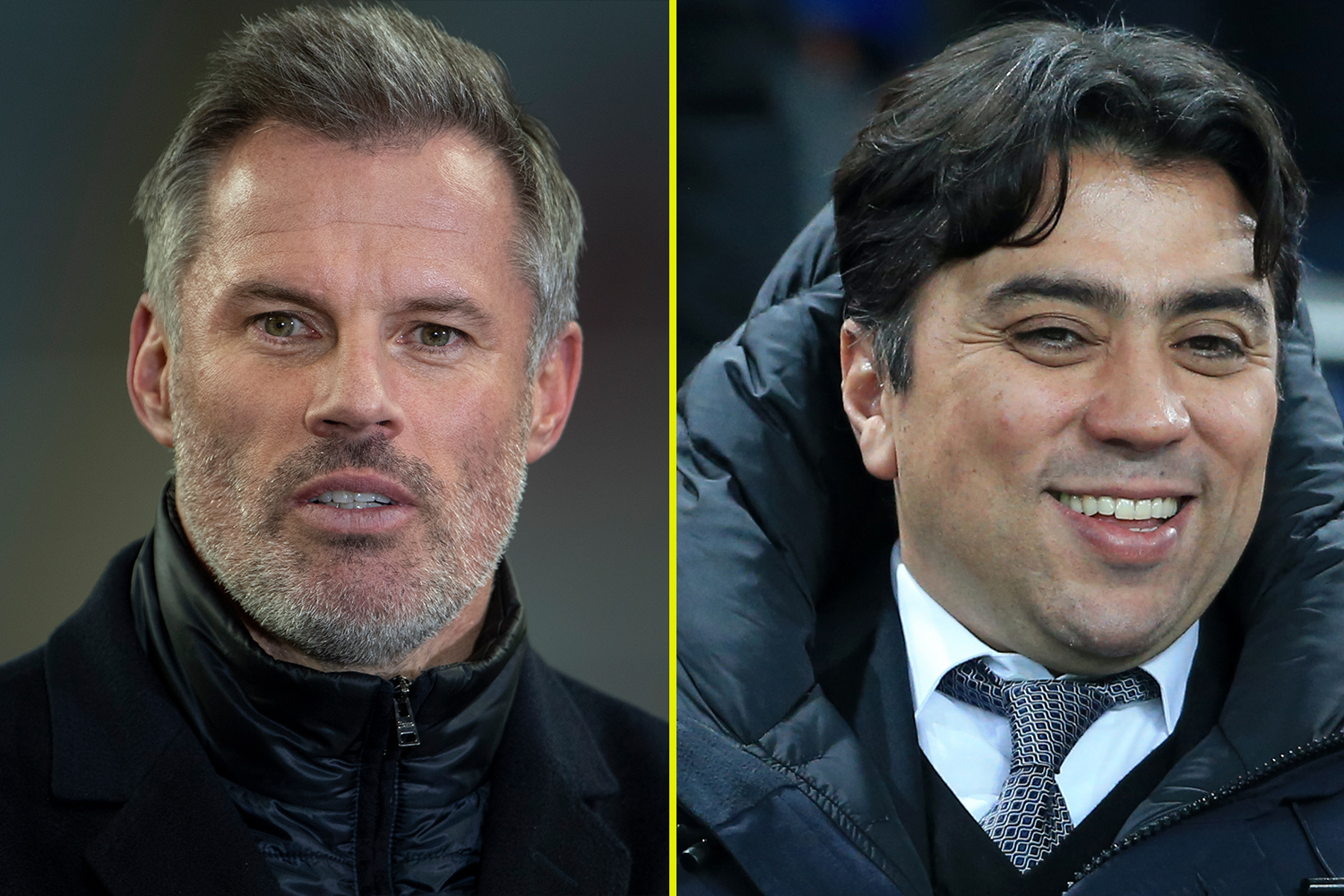 Jamie Carragher has hit back at football agent Kia Joorabchian, who labelled him ‘uneducated’ during a fiery appearance on talkSPORT.

Liverpool legend Carragher criticised Joorabchian during his analysis of Everton, accusing him of having an ‘unhealthy’ relationship with Everton’s majority shareholder Farhad Moshiri.

Carragher labelled Everton as ‘the worst run club in the country’ and questioned the rate at which managers are hired and fired at Goodison Park, attributing part of the blame on Joorabchian and his supposed influence behind the scenes.

Joorabchian came out firing on his appearance on White and Jordan on Wednesday in response to Carragher’s claims.

He said: “When Simon [Jordan] says something I quite respect it, because he’s an educated person, unlike someone like a Jamie Carragher who unfortunately lives in a glass house, speaks out of windows and has no education in terms of his background when he makes a comment, like Simon just did.

“That’s why I thought I’d go on and clarify this point. I’ve done three transfers of my players over the course of Farhad [Moshiri]’s tenure at Everton. Those three were Richarlison from Watford which was a very successful transfer, a free transfer of Bernard who came from Shakhtar Donetsk when his contract finished and he was a player who wasn’t a complete disaster and did very well, we had Carlo Ancelotti who was the only manager they’ve ever taken on a recommendation.

“We always do the same as we do with any club in the Premier League, every time someone needs a manager and we have a client, we always present our clients.

“Then we were involved in the Anwar El Ghazi loan which was part of the Lucas Digne transfer in an FFP [Financial Fair Play] scenario. Anwar came in this way and unfortunately that didn’t work out for them because there was a change of manager and when that change occurred, Anwar wasn’t in the new manager’s plans.”

Joorabchian also represents Fulham man Willian, who had an unsuccessful year-long spell at Arsenal, and Carragher used this the Gunners’ success this season an example to suggest that his earlier claims about the agent were right.

Carragher tweeted: “Kia, there is no need to get personal, I’m just analysing your role in football clubs!

“Involved in helping Everton to the bottom of PL [shrug shoulder emoji].

“Involved at QPR, which ended with relegation [shrug shoulder emoji].

“Your signings at Arsenal took them to 8th, now they’ve gone, they’re top.”