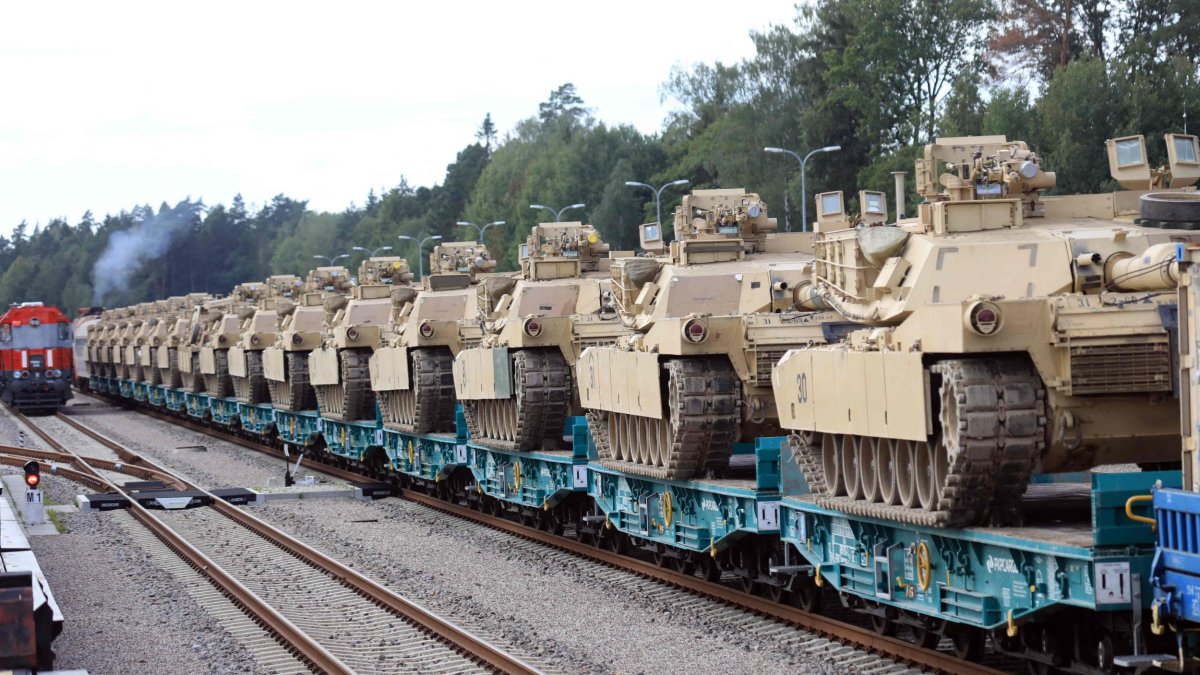 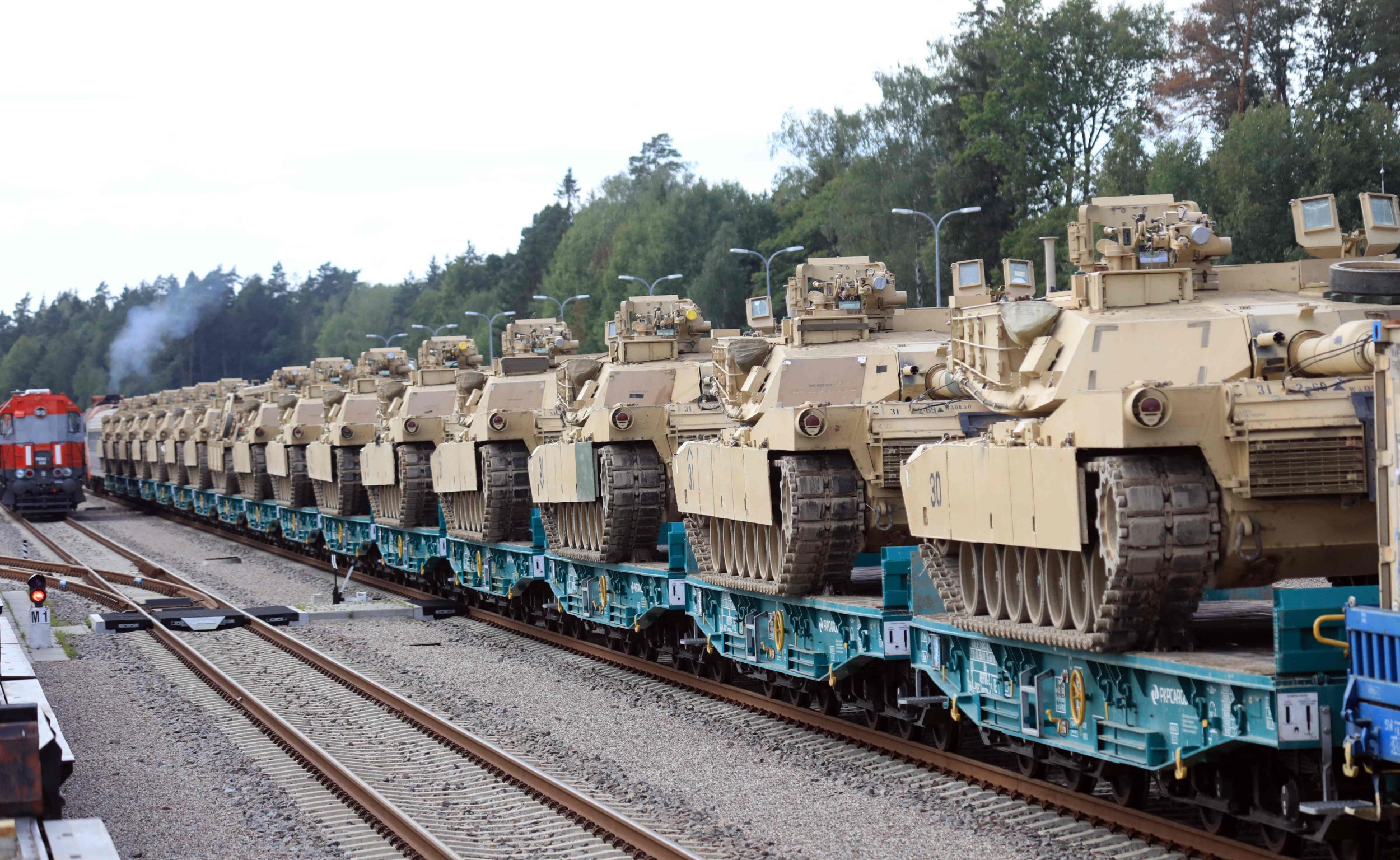 The US and Germany’s decision to send tanks to Ukraine is not a silver bullet military experts have warned, as Russia hit back at a “blatant provocation” by the West.

US officials announced on Wednesday afternoon that they would supply 31 M1 Abrams battle tanks to Ukraine, hours after an agreement from Germany to provide 14 ‘Leopard 2’ tanks.

Western allies praised the decision, with Polish Prime Minister Mateusz Morawiecki describing the move as a “big step towards stopping Russia”. Russian ambassador to the US, Anatoly Antonov, claimed the agreement was a “blatant provocation” against Russia.

Colonel Tim Collins, a former British army officer, said that the tanks sent a “clear message, not just to the Russians but to the Chinese, that democracies will stand by each other” and that the Leopard 2 models donated by Germany had the potential to “withstand anything that the Russians are going to throw at them”.

However, military experts warned that the tank donation was not a “panacea” for Ukraine, with a suspected three-month wait for delivery to the frontlines for the German tanks, and new training and ammunition required to operate them effectively. The wait for the US tanks could be even longer, Joe Biden warned.

Colonel Collins said that the question was whether they could make enough difference to help Ukraine win the war or simply prolong it.

“The tanks themselves aren’t really the issue,” he told i. “The issue really is around their maintenance and keeping them on the road. There’s a lot to be done in supplying ammunition, because [the tanks] are going to be using different ammunition to that which the Ukrainians are used to, so there’s a lot of logistics that goes with it. It’s going to take careful planning before they can be brought into effect, and that’s not going to happen next week.”

Defence intelligence agency Janes also warned that while simpler to operate and more readily available than other tanks, the Leopards were not a “panacea” in isolation. The body warned that the Leopards would require greater logistical support and that the armoured recovery vehicles already in Ukraine were designed for “far lighter tanks” than the Western vehicles.

Some experts feared that the delivery of the tanks could lead Russia to scramble to make military progress prior to their arrival.

Dr Marina Miron of King’s College London said she expected Russia to “make as many gains as they can before the Leopards arrive in Ukraine”, including through attacks on civilian infrastructure.

“They will try to destroy Ukraine economically, and at the same time, they will most likely try to push to liberate Donbas, which is currently their military aim. This will mean that when the tanks arrive, there will be nothing else left to do and Russia will be threatening to use nuclear weapons if they try to cross the border,” she said.

She added: “We have to be cautious not to overestimate the overall utility of the Leopards. The time when the tanks will arrive is actually a very, very bad time, because of the weather, so the tanks can get bogged down in mud.”

Franz-Stefan Gady, a senior fellow at the International Institute for Strategic Studies, said the key issue was whether Ukraine has been left with sufficient time before an expected Russian spring offensive to resist any need to throw its new weaponry straight into battle and instead adopt a more strategically coherent approach.

“The more important question is for how long Ukraine can hold the Leopard IIs in reserve to form an actual armour brigade and train the formation in combined arms operations for a future ground offensive. Introducing the tanks piecemeal would dilute their tactical effect,” he tweeted.

Western allies and Ukrainian forces will also have to grapple with how to successfully deliver the tanks into Ukrainian hands.

Roland Dangerfield, a former Major in the British Army and Challenger 2 tank squadron leader, warned that the delivery would be a “strategical challenge” and could prove a target for Russian attacks.

“A tank convoy on the back of transporters will be quite an interesting and exciting target for the Russians. An attack on it before they get to the frontline is going to be their best chance of success,” he told i.

Ukrainian President Volodymyr Zelensky said that he was “very happy” about the agreements but that the “number of tanks and delivery time to Ukraine is critical.”

The latest pledges take the number of tanks donated to Ukraine to an estimated 300.

Last week, the UK announced that 14 Challenger 2 tanks would be sent to the frontlines, which follows a reported donation of 240 T-72 tanks from countries including Poland and the Czech Republic last year. Poland has since said it stands ready to donate a further 14 Leopards, providing it gets the necessary permission from manufacturer Germany which must authorise any resale or donation, according to German law.

The US and Germany’s announcements came as Ukraine confirmed that it had withdrawn troops from the town of Soledar, in the Donbas region of eastern Ukraine, weeks after Russia claimed control of the town.

Yevgeny Prigozhin, leader of the infamous Wagner Group, declared that his units had seized “the entire area of Soledar” on 11 January, but the Ukrainian military had disputed those claims and insisted some areas were still being contested.