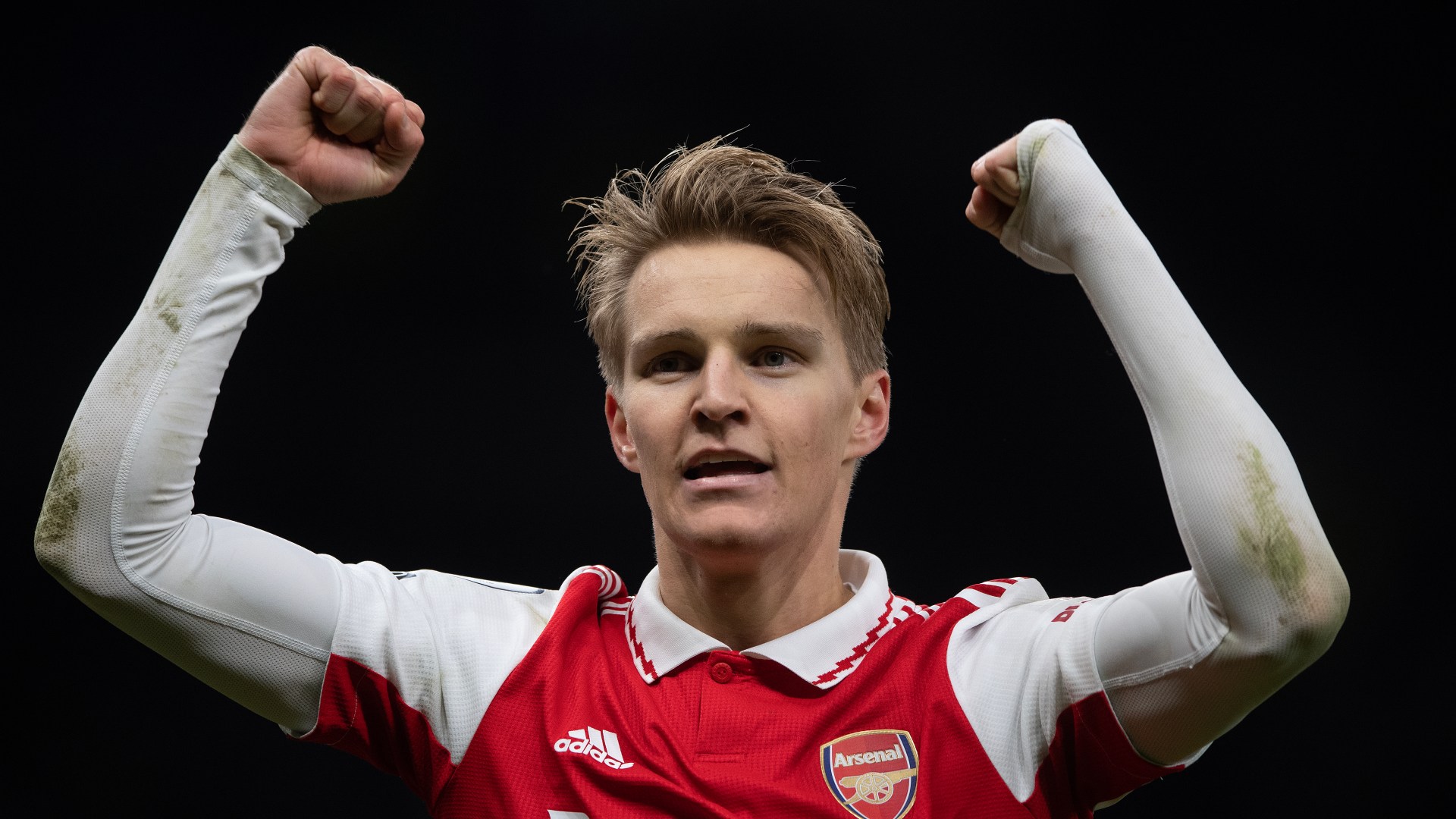 Arsenal captain Martin Odegaard has been tipped to challenge for the Ballon d’Or in the near future.

The Gunners have been flying in the Premier League and have become a force to be reckoned with as they find themselves five points clear of Manchester City at the top of the table with a game in hand.

There have been some key performers along the way including Bukayo Saka, Oleksandr Zinchenko and Granit Xhaka but a huge fan favourite at the moment is Arsenal midfielder Odegaard.

The Norway international has missed just one Premier League game and has eight goals and five assists, becoming a pivotal member of Mikel Arteta’s first team and former Gunners defender Lauren has huge aspirations for the 24-year-old.

Speaking to FairBettingSites, Lauren said: “Odegaard was not a cheap player, but he has been great and still has more to show.

“If he continues to improve, he can be a £100million or £200million player in the future.

“I can see Odegaard compete for the top individual awards such as the Ballon d’Or, the performances of the team are helping him to grow.

“In the future, if Arsenal win the Premier League, then perform well in the Champions League next season, I believe Odegaard will be among the best in the world.”

Odegaard being regarded as a potential Ballon d’Or winner puts him in the same category as Erling Haaland and Kylian Mbappe, who are expected to battle it out for the prize for years to come.

Lionel Messi holds the record for the most Ballon d’Or trophies, winning seven of them – and there is a strong possibility of an eighth after leading Argentina to the World Cup in Qatar.

Arsenal have never had a player at the club win the Ballon d’Or. Thierry Henry came second in 2003 with former Juventus and Czech Republic star Pavel Nedved winning the prize.

But Arteta might be more concerned about winning the Premier League, a competition they have not tasted victory for two decades.

And Lauren reckons that the Gunners have more about them to go on and secure the title.

He said: “The Arsenal team have been fantastic and they showed a lot of mental strength to come back and played quality football against Manchester United.

“I’ve said before if Arsenal are able to stay top of the league by the end of January and the beginning of February, then they have a big chance to win the Premier League.”