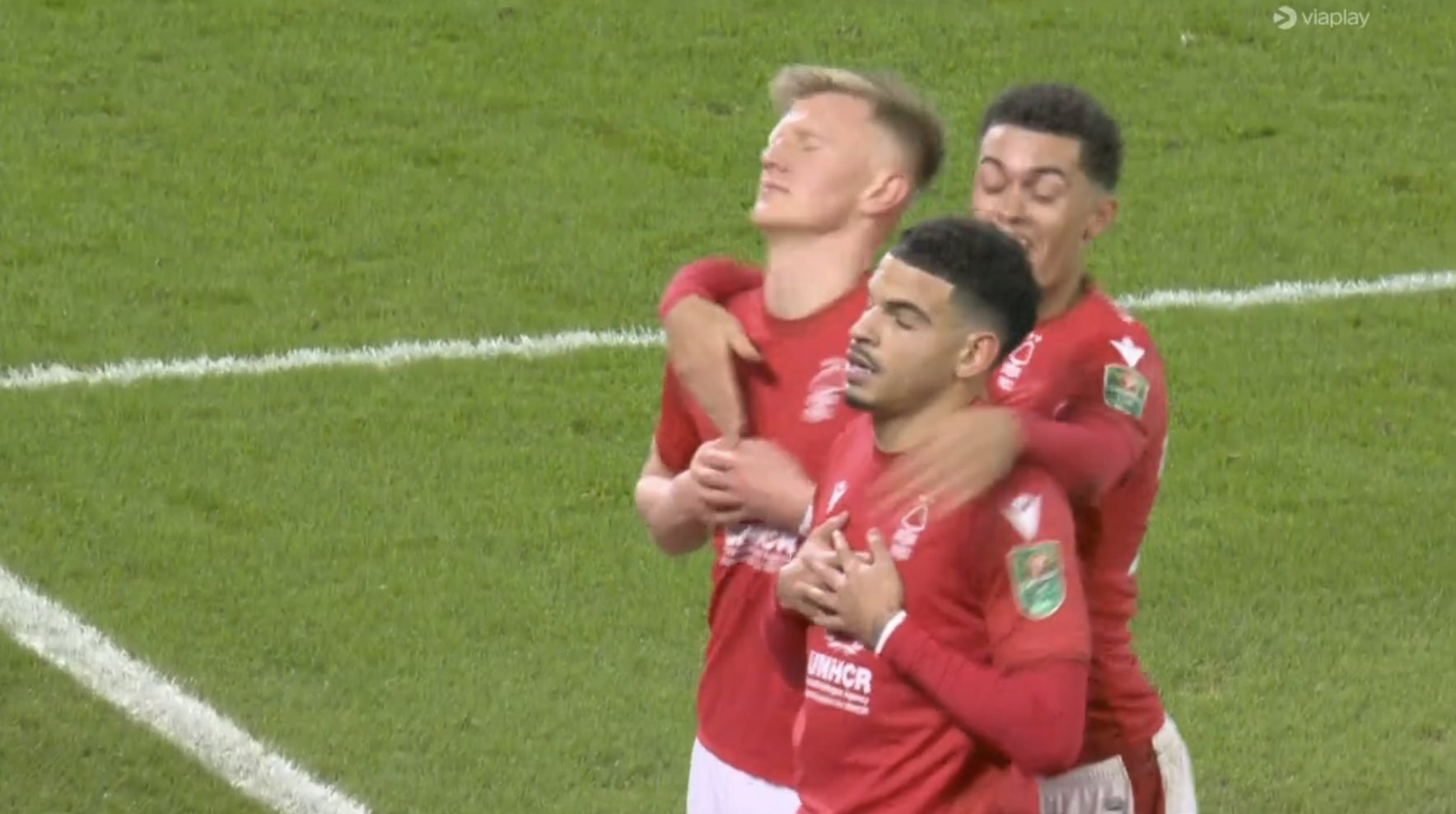 Nottingham Forest had a goal ruled out for offside against Manchester United after like former Red Devil Cristiano Ronaldo.

Forest thought they earned an equaliser against the Red Devils at the City Ground when Sam Surridge slotted home at the far post to cancel out Marcus Rashford’s earlier stunning strike.

In front of the travelling United fans, Surridge and teammate Morgan Gibbs-White celebrated just like Ronaldo did when he scored the winner against Everton back in October when he was still with Erik ten Hag’s side.

However, it was not the ‘Siu’ celebration that the Portuguese superstar has almost trademarked but a standing sleeping position, apparently a nod to how he sleeps on the team bus.

But VAR intervened and the former Bournemouth striker had his goal ruled out for offside by the slimmest of margins, causing fury in the stands among the home fans.

It was a cruel moment for Forest, who have tried their best to throw themselves back in the tie against United in their Carabao Cup semi-final first-leg.

However, the knife was well and truly twisted in when Wout Weghorst doubled United’s lead just before half-time, getting the first goal for his new club since moving to Old Trafford on loan.

The Dutchman pounced on the ball after Wayne Hennessey saved Antony’s shot and palmed it straight into the striker’s path, who made no mistake on the rebound.


‘When he’s playing, the team is winning’ – Ten Hag backs player after criticism


When is the Carabao Cup final? Date, kick-off time, fixtures and draw details

Rashford had put the away side ahead in the sixth minute with a sensational solo strike, his 18th goal of the season.

The England international has been in jaw-dropping form, netting ten in ten games as his antics in front of goal since the World Cup have reached incredible levels.

Speaking on Sky Sports commentary, Gary Neville said: “It’s a little bit like the balloon’s burst at the party.

“We know that form that Rashford’s been in.

“Worrall’s had a difficult start and he goes past him like he’s not there. Freuler has got to better with him as well.

“Rashford, who you think might go across, sees the gap at the near-post and digs it out at with his left-foot. What form he’s in!”