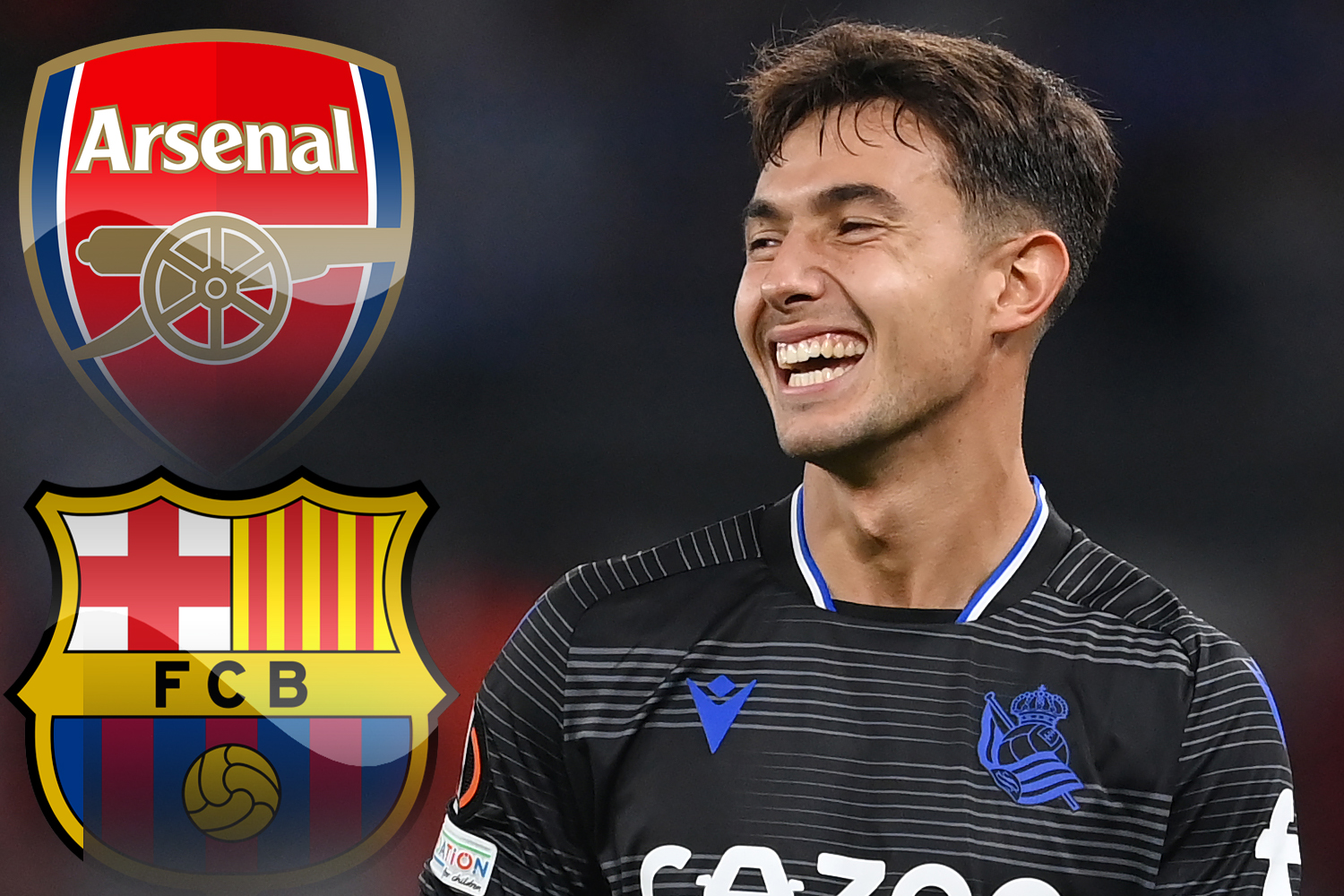 Arsenal have been handed a huge boost in their pursuit of Martin Zubimendi with the midfielder favouring a switch to the Emirates over Barcelona.

The 23-year-old has been one of the standout players in LaLiga this season where he has helped Real Sociedad reach third in the table.

Defensive midfielder Zubimendi, who boasts a £53million release clause, has chipped in with one goal and three assists in 23 games across all competitions.

It has been claimed by Cadena Ser that the Gunners were prepared to activate his buyout clause this month to provide competition for Thomas Partey.

However the one-cap Spain international doesn’t want to leave midway through the campaign.

But according to the Daily Mail, Zubimendi has his ‘heart set’ on joining Mikel Arteta’s side in the summer.

That is despite Barca boss Xavi identifying him as the perfect successor to Sergio Busquets.

Ahead of the Blaugrana’s Copa del Rey clash against Sociedad on Wednesday night, Xavi publicly spoke of his admiration for his compatriot.

Comparing Zubimendi to Busquests, the 2010 World Cup winner said: “He is a great player, but they are different.

“Zubimendi is a more physical and faster player, while Sergio is more technical.”

While Barca are desperate to secure his services, the player prefers to make the move to the Premier League rather than stay in LaLiga.

And that will be music to Arteta‘s ears with the Arsenal manager making it his priority to bolster his midfield at the end of the season.

Along with Zubimendi, West Ham’s Declan Rice is also understood to be on Arsenal’s radar.

It is believed that the north London outfit are leading the race to sign the England international.

Brighton’s Moises Caicedo has also been linked, though the 21-year-old has insisted he is only focussed on playing for the Seagulls.