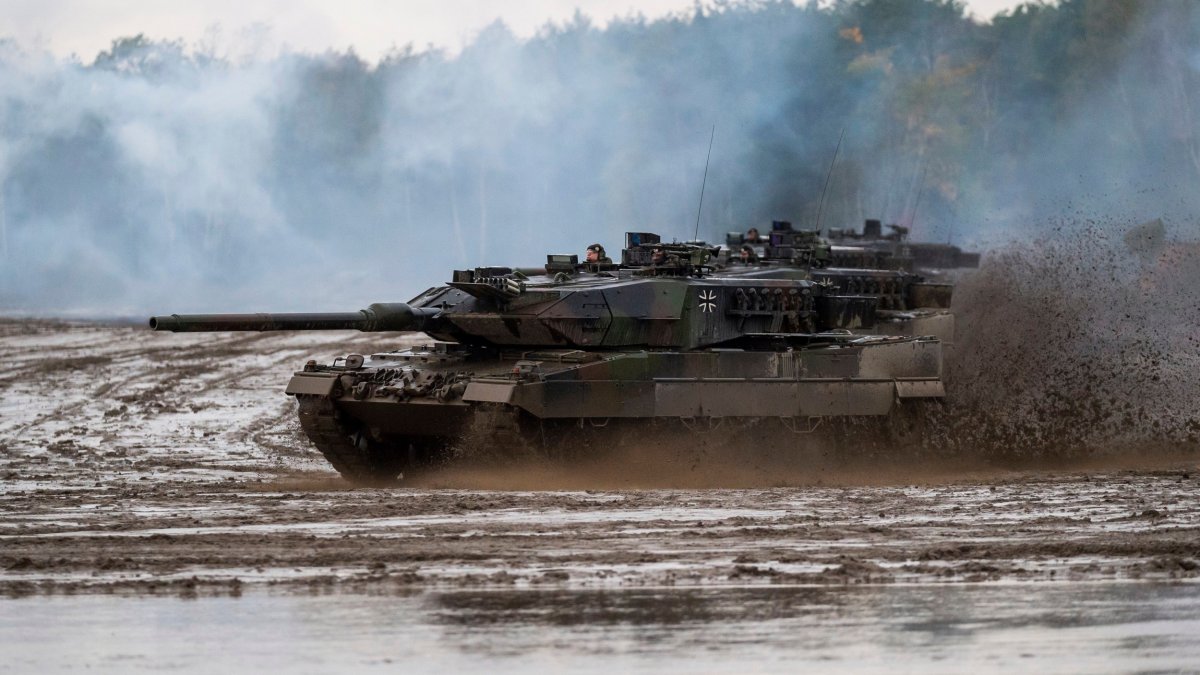 Russia has hit out at Germany’s decision to provide Leopard 2 tanks to Ukraine, while warning that both Berlin and Washington’s armoured vehicles “would burn like all the others” if they reached the frontline.

On Wednesday, German Chancellor, Olaf Scholz, said his government will send tanks to Ukraine, saying Berlin was acting in “close coordination” with its allies.

Washington is also reportedly gearing up to send its Abrams M1 tanks to Ukraine.

In response, the Kremlin warned US and German tanks delivered to Ukraine would “burn like all the other ones” and dismissed the decision as “absurd”.

“I am convinced that many specialists understand the absurdity of this idea,” Kremlin spokesman, Dmitry Peskov, said.

“Simply because of technological aspects, this is a rather disastrous plan.

“The main thing is, this is a completely obvious overestimation of the potential [the supply of tanks] would add to the armed forces of Ukraine.

“It is yet another fallacy, a rather profound one.”

“These tanks will burn down just like all the other ones… Except they cost a lot, and this will fall on the shoulders of European taxpayers.”

Sergei Nechayev, the Russian ambassador to Germany, said Berlin’s decision to send tanks to a warzone had broken its “historic responsibility” to Russia arising from the Second World War.

“This extremely dangerous decision takes the conflict to a new level of confrontation and contradicts the statements of German politicians about the unwillingness of the Federal Republic of Germany to be drawn into it,” he said.

“It destroys the remnants of mutual trust, causes irreparable damage to the already deplorable state of Russian-German relations, and casts doubt on the possibility of their normalisation in the foreseeable future.

“Berlin’s choice means the final refusal of the Federal Republic of Germany to recognise its historical responsibility to our people for the terrible, timeless crimes of Nazism during the Great Patriotic War, and the consigning to oblivion of the difficult path of post-war reconciliation between Russians and Germans.”

Russia’s ambassador to Washington, Anatoly Antonov, said a US supply of tanks would be “another blatant provocation”.

“It is obvious that Washington is purposefully trying to inflict a strategic defeat on us,” Mr Antonov said on Telegram.

“American tanks will be destroyed by our military in the same way all other samples of Nato equipment are being destroyed.”