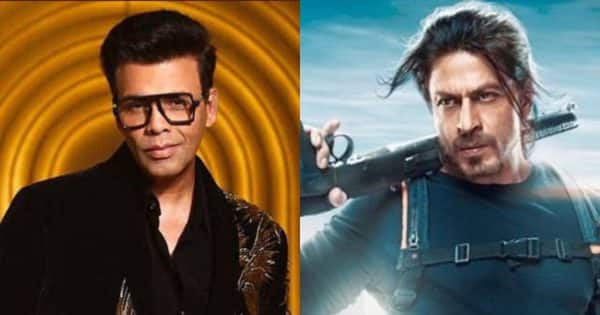 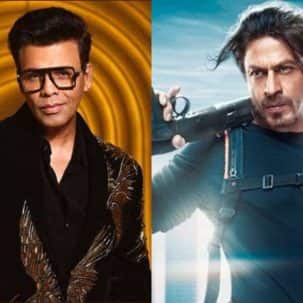 Pathaan is creating a storm at the box office. Fans of Shah Rukh Khan have made it a celebration in many cities. From cake cutting outside halls to distributing free tickets, the movie has become an emotion. Shah Rukh Khan made a comeback after four long years. Alia Bhatt, Ananya Panday, Anurag Kashyap and Samantha Ruth Prabhu have showered love on the movie. Now, Karan Johar has waxed eloquent about Pathaan on social media. He congratulated the whole team and his invisible buddy Aditya Chopra whom he termed as a brilliant mind. Also Read – Pathaan Day One Box Office Estimates: Shah Rukh Khan and Deepika Padukone’s film to cross Rs 52 crores net; advance booking for R-Day at Rs 24.78 crores

Karan Johar wrote that he did not know when was the last time he had such fun at the movies. He wrote, “This one’s just the biggest blockbuster !!! Mega is the word!!! The charm, charisma , superstardom, desirability and sheer brilliance of @iamsrk … the hottest , beautiful and sensationally gorgeous agent you will ever find @deepikapadukone the sexiest and most desirable villain @thejohnabraham !!!” The movie is the comeback of Shah Rukh Khan after four long years. Karan Johar wrote that SRK did not go anywhere but just waited for the right moment to announce his comeback. Also Read – Kisi Ka Bhai Kisi Ka Jaan teaser: Shehnaaz Gill trends on Twitter as fans manage to spot her next to Salman Khan; netizens say, ‘Kitni pyaari lag rahi’ [VIEW TWEETS]

Karan Johar also took a dig at the Boycott Bollywood campaign being run on social media. He wrote, “And love you BOLLYWOOD! You may have been slandered and “boycotted” but no one can deny that when you come into your own no one can stand in your way!” Also Read – Pathaan: Deepika Padukone’s orange bikini gets extra screen space; actress’ swimwear look leaves halls hooting

Pathaan is expected to make over Rs 52 crores in India on the first day. Everyone has eyes on the figures from the overseas market. As we know, Shah Rukh Khan is the biggest global star from India. Pathaan is doing fabulously in Andhra Pradesh, Telangana and other states. Shah Rukh Khan and Deepika Padukone’s chemistry, the high-octane fight sequences have won over the audience. Siddharth Anand has kept the movie in perfect length.