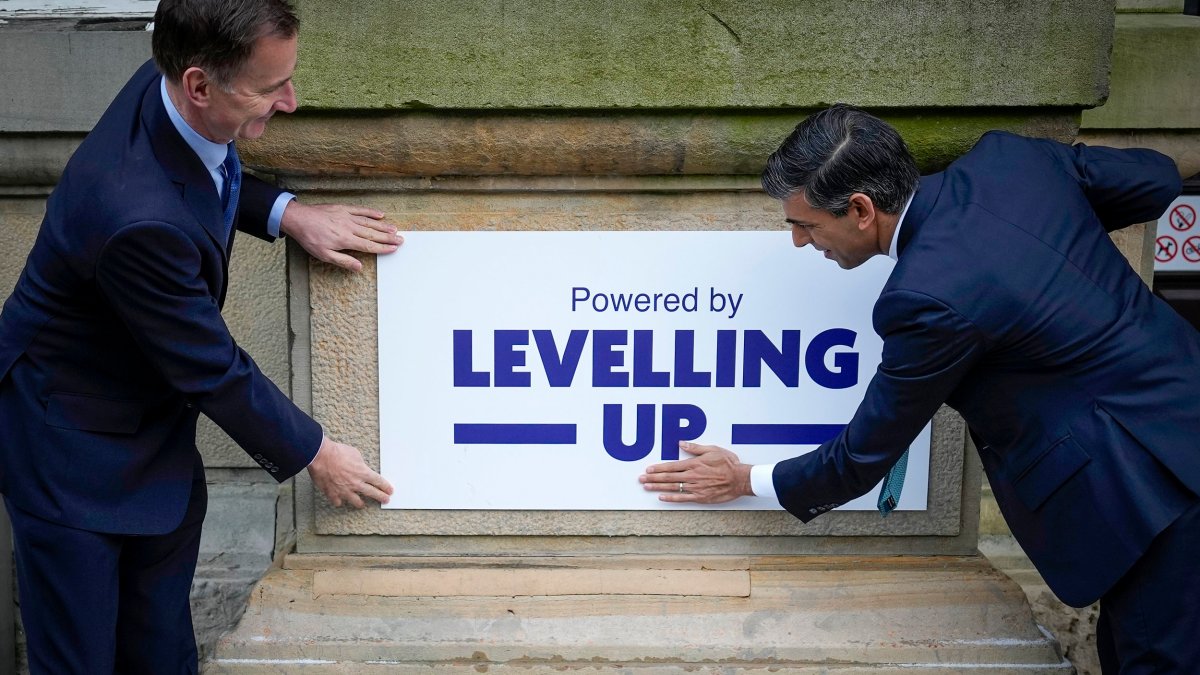 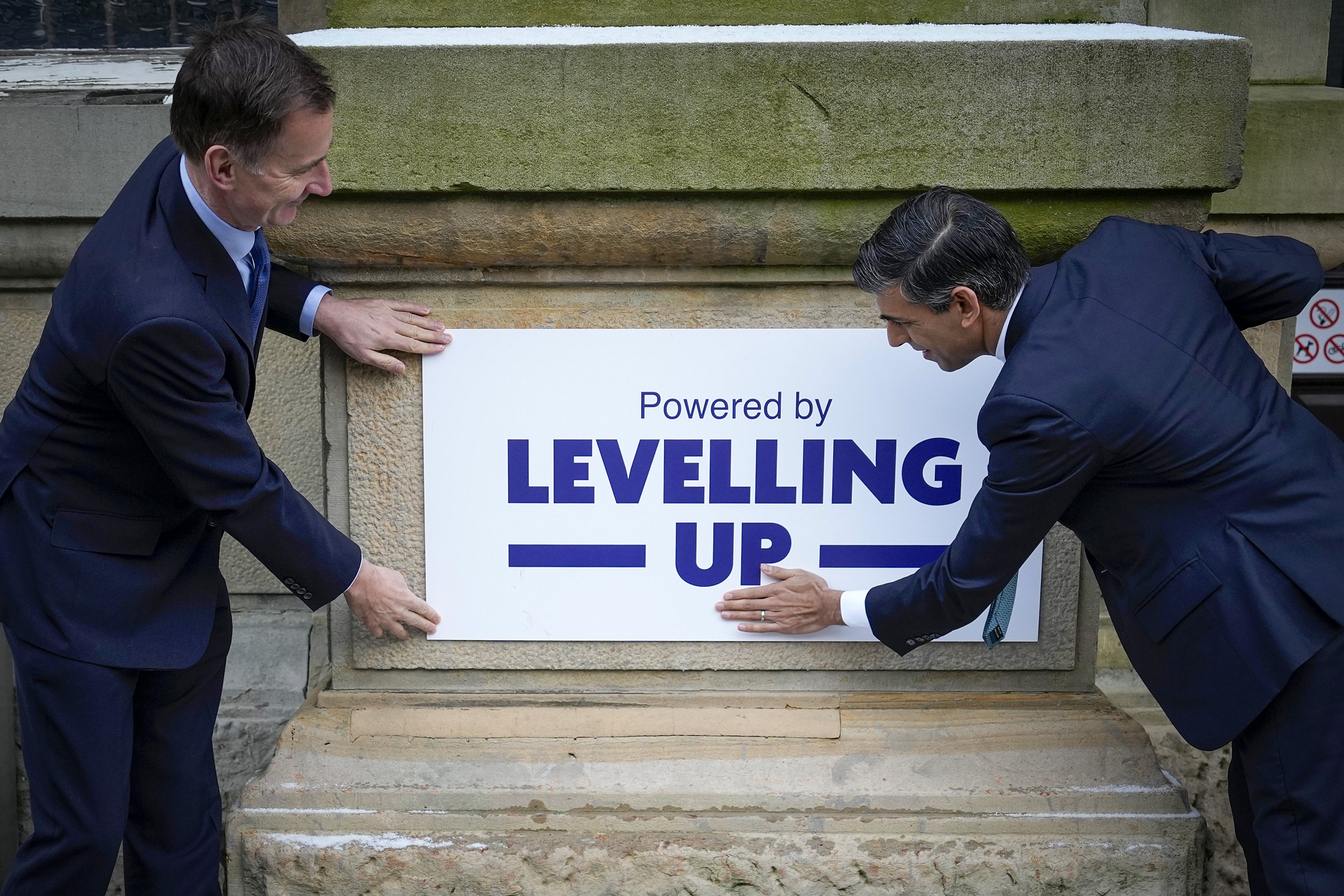 This is Armchair Economics with Hamish McRae, a subscriber-only newsletter from i. If you’d like to get this direct to your inbox, every single week, you can sign up here.

The clamour for tax cuts is rising. It comes from Tory backbenchers of course, but also from some business leaders. Even those who would oppose general cuts, such as the director general of the CBI, Tony Danker, want investment incentives to offset the rise in corporation tax.

But there is not much money to spare, maybe none, and Rishi Sunak has suggested that only “idiots” would think that he can cut taxes in the forthcoming Budget. Indeed, the Government public finance figures this week showed that in December it borrowed £27.4 billion, the highest December figure since records began.

So will there be any room for tax cuts in the budget on 15 March? And would they boost growth anyway?

The answer to the first question is that the scope for tax cuts, or rather a reversal of the previously announced tax increases, is very limited this year but may well widen in 2024 if a number of things go right. And the second? Well, we can’t know for sure, but they will have to be cleverly targeted, and there will be a lag between anything that is announced and the possible positive outcomes.

Some numbers to make this clearer. That dreadful December borrowing figure was a bit of a freak. The Office for Budget Responsibility had forecast it would be “only” £17.6bn, with most of the difference because student loans have been reclassified. The loans are debts by individuals to the UK government and the broad assumption is that most of the debt will be repaid. But it won’t. Many students don’t earn enough to pay back their debts in full – somewhere between 20 per cent and 55 per cent won’t do so.

The maths are hugely complicated but since a lot of the student debt will have to be written off, that adds to the national debt to be carried by taxpayers as a whole. The old way of calculating the figures did not allow for that.

There were other things that made those December figures so bad, including higher interest charges that the Government has to pay on the debt, and energy support. We still have three months to go in this financial year but actually it looks, fingers crossed, as though the deficit will be lower than the OBR expected: about £160bn against a projected £177bn.

But it would be unwise of the Chancellor to take that extra £17bn and cut taxes with it, for two reasons. One is that growth this year is most uncertain and I don’t think we can take seriously any of the forecasts about the economy. You read stories about forecasts being increased or cut, about whether the UK is really doing worse than everyone else, what the Bank of England is going to do with interest rates and so on. But the truth is that the uncertainties are huge. They have to make the forecasts but they will almost certainly be wrong.

What the PM and the Chancellor have to hope – and more important, we as taxpayers have to hope – is that the variables will turn out towards the favourable end of the scale. If they do, everything will look brighter. Here are five of the most important of those variables.

The corner has been turned

First, energy, food and raw material prices go on coming down. We just had some figures today for producer prices. On the face of it they were terrible. Input prices, that’s what businesses have to pay for the raw materials and other things they buy, were up 16.5 per cent in the year to December. Output prices, what they charge for the stuff they produce, were up 14.7 per cent. But both numbers were much lower than in October and month-on-month both were falling. The corner really has been turned. Eventually that will feed through into consumer inflation.

That leads to the second thing. Interest rates may peak lower than expected. My guess is the top will be 4 per cent, rather than the 4.5 per cent the markets seem to expect. So not only will mortgage rates be lower, leaving more money for other monthly bills. But the cost of borrowing for the Government will be lower too.

Third, there is still a cash pile that many families built up during the pandemic, somewhere between £150bn and £200bn. Of course, many people are struggling, but if more of that cash pile gets spent that boosts overall demand and economic growth.

Four, Europe seems to be pulling through better than expected, which in turn will help our exports and hence employment here. The US may also do better than previously thought too. The basic point is that if most of the global economy avoids recession, we may do so too.

And finally, pulling these points together, if global confidence recovers a bit, that translates into confidence here too. It supports employment, house prices, spending generally – and tax revenues.

Our tax system is too complicated

None of this will be evident in March, and some of these variables may turn out badly. Jeremy Hunt could be a bit less stringent in the Budget, but would be wise to keep something back in case the numbers deteriorate. But by the end of this year things should be much clearer. The giveaway budget (actually a take-less budget) is for March 2024, if it is to happen at all.

Might tax cuts work? Well, let’s wait and see if there are to be any, but that point above – that they have to clever, surely matters most of all. We don’t have a dreadful tax system, but it is too complicated. I would urge the Government to listen to businesses large and small about the changes that would encourage them to invest more in their future.

The Government needs to remove roadblocks to growth in regulation as well as taxation. And it should get on with that right away, so that as and when it can ease up on taxes, the country gets the boost it needs.

The economic outlook has brightened a little, and whereas I felt rather lonely a couple of months ago as a cautious optimist, I am now in better company. That has certainly shown through in share prices, and though the FTSE100 index has been a bit off in the past 10 days, it is still up on the year and not that far off its all-time high. But this is the stage that we should also be asking that nasty question: what might go wrong?

I have given five variables above that on balance could be quite positive, so here are three on the other side, and let’s leave geopolitics aside.

The first is that retreat of Big Tech America could have more serious knock-on effects than people expect. We have seen a fall in profits from Microsoft this week, and huge declines in the share prices of just about all of the Big Techs last year, but the cuts in employment are only coming through now and we have not seen the impact of that, or indeed the ripple effect of other cutbacks on suppliers and retailers. Big questions include: when does Tesla go ex-growth?

Look past crypto for signs of trouble

The second is that there will be corporate bankruptcies in America and elsewhere, and these will be destructive. The biggest problems always happen in areas that we are not looking at, so I don’t think the issues will be in crypto-currencies. Is there something akin to the collapse of Enron out there? Or will the housing market in the US move into a really serious reversal?

And the third concern is not so much about the downturn this year, which I do think will be mild, but rather that the pull out of this dip will be much more of a slog than people realise. Yes, there will be growth in the second half of this year and into next. But the deadweight of debt will hang over everything and while interest rates will stabilise, a lot of people and a lot of enterprises will have to devote resources to clearing debt rather than expanding.

So while I think it is still right to be cautiously optimistic about the next few years – there will be growth and sustainable growth – maybe the emphasis should be on the cautious bit. But there will be opportunities too. Thinking about equities, if there is another leg down in share prices, then that will be the base from which they can clamber back up.

My book on the future of the world economy, The World in 2050, is available here.

This is Armchair Economics with Hamish McRae, a subscriber-only newsletter from i. If you’d like to get this direct to your inbox, every single week, you can sign up here.