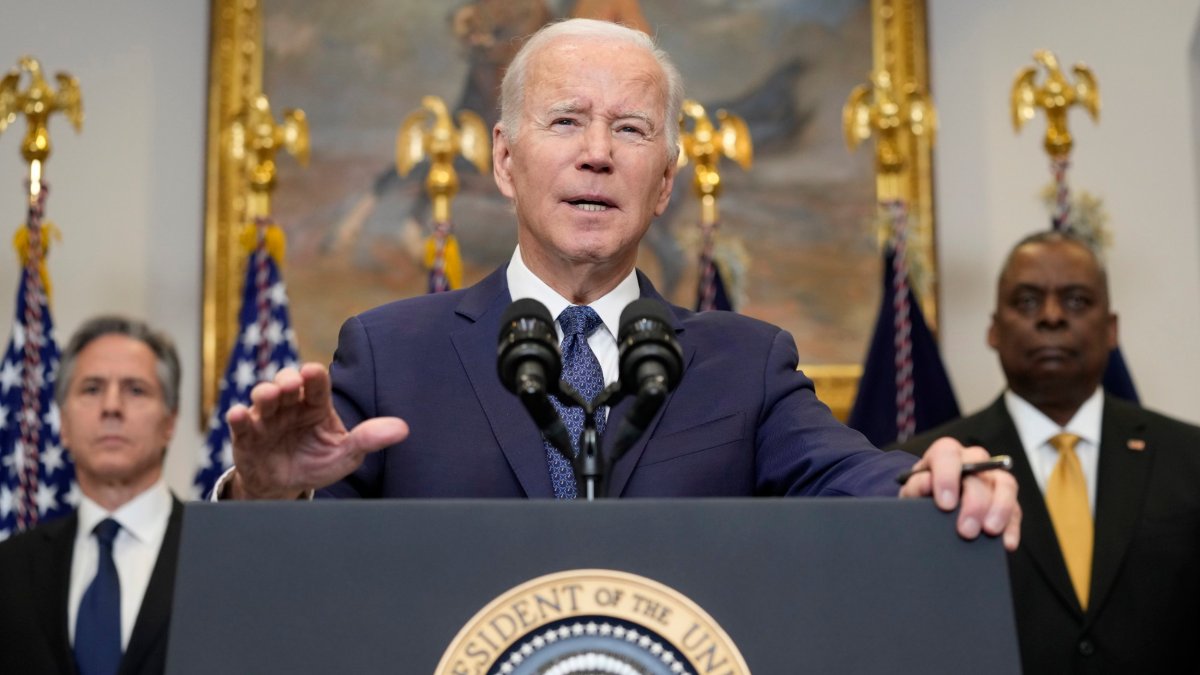 The US is to send 31 tanks to Ukraine as the West steps up its support for the nation’s efforts to push back Russian troops, president Joe Biden has confirmed.

Mr Biden confirmed that the equivalent of a Ukrainian battalion would be sent to “enhance Ukraine’s capacity to defend its terror and achieve its strategic objectives.”

The leader warned that delivery of the highly complex US tanks and training of Ukrainian troops to use and maintain them would “take time,” after reports that it could be months before they are in Ukraine.

He said: “The Abrams tanks are the most capable tanks in the world, but they’re also extremely complex to operate and maintain, so we’re also giving Ukraine the parts and equipment necessary to effectively sustain these tanks on the battlefield.

“We will begin to train the Ukrainian troops on these issues of sustainment logistics and maintenance as soon as possible.”

Mr Biden said the announcement was “closely coordinated” with allies, expressing his gratitude to German Chancellor Olaf Scholz after he confirmed Germany would commit to supplying its covered Leopard 2 tanks, after days of negotiations in which he expressed fears that doing so could “provoke” Vladimir Putin.

The German-made Leopard 2s – specifically designed during the Cold War as a counter to the Soviet-era tanks used by Russia – have long been coveted by Ukraine’s Volodymyr Zelensky due to their manoeuvrability on the battlefield and easiness to operate and maintain.

Germany will also give permission to other countries including Poland to send their own Leopard tanks to the country – after days of tense negotiations in which German authorities were accused of withholding the required assent that needs to be sought for German-made military assets to be sent to non-Nato countries such as Ukraine.

Mr Biden said Mr Scholz had “really stepped up” on the issue, adding: “The chancellor has been a strong strong voice for unity a close friend. We’re going to continue supporting Ukraine’s ability to fight off Russian aggression to defend its sovereignty and territorial integrity is a worldwide commitment.”

Britain committed to send a unit of 14 Challenger 2 tanks to Ukraine earlier this month, and Mr Biden also thanked Rishi Sunak and the UK for “continuing to step up”.

The US had previously ruled out supplying Abrams tanks to Ukraine over fears that they could prove of limited utility. Mr Biden denied that Germany had forced him to back down by demanding that it take part in any provision of tanks, suggesting that “we want to make sure we’re all together”.