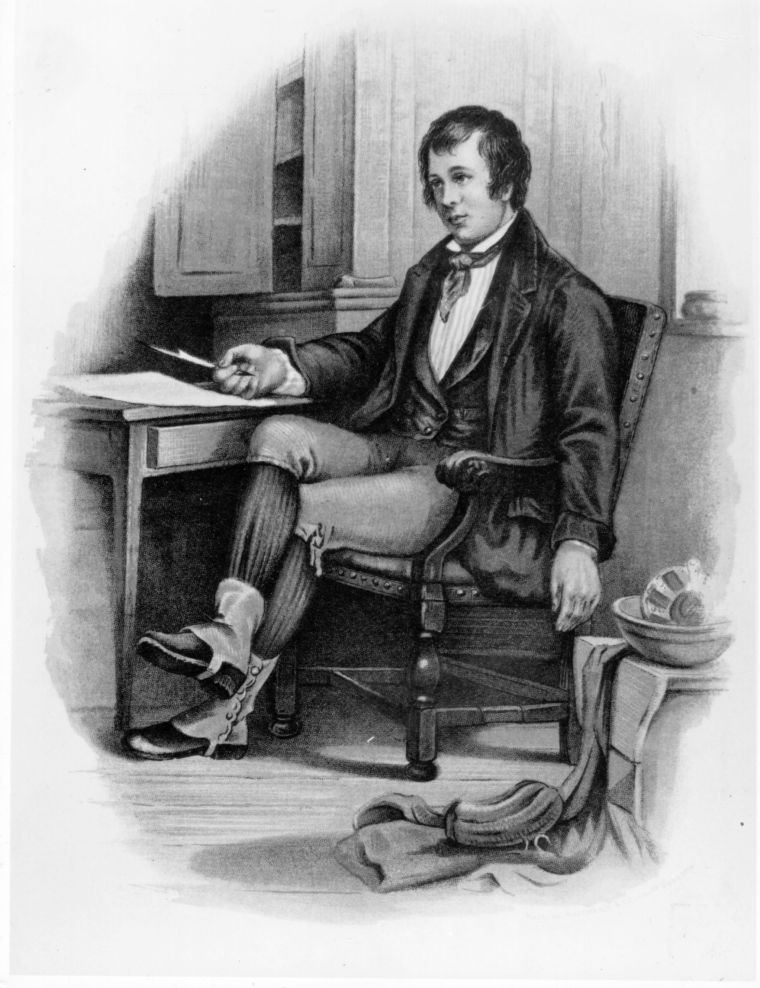 Every year on 25 January, we commemorate the life of the famous Scottish bard, Robert Burns.

Burns Night, which marks the poet’s birthday, is marked in raucous fashion, with rich food, whisky and, of course, the verses of the man himself.

Writing variously in Scots and dialectic English, Burns is considered one of the pioneers of the Romantic movement of poetry and is celebrated around the world – here’s everything you need to know about him.

Who is Robert Burns?

Robert Burns, variously known as “Rabbie”, the “Bard of Ayrshire” and the “Ploughman Poet”, was born on 25 January, 1759.

He grew up in rural Ayrshire, and performed hard physical labour on the family farm at a young age. However, his parents also ensured he received a decent education and his enthusiastic reading of figures such as Alexander Pope inspired him to write poetry.

The publication of his first collection of poems in 1786 brought immediate success, and made Burns famous across Scotland at the age of 27. He was dubbed the Ploughman Poet, reflecting the pervading tastes of the time for romantic pastoral poetry.

Such was the reception that Burns, a notorious womaniser, ditched a plan to abandon his pregnant future wife Jean Armour and flee to the West Indies with his lover Mary Campbell.

Instead, he made for Edinburgh, falling in with influential, wealthy friends and spending prodigiously, but after fathering an illegitimate child (the second of three sired during his life) he grew tired of life in the city.

Burns returned to Jean Armour – with whom he had a further nine children, bringing his total to 12 – and settled in Dumfriesshire, taking a job in Customs and Excise in 1789.

However, he continued his prodigious creative output, becoming one of the foremost lyric poets by writing a prodigious number of songs, usually arranged to traditional Scottish folk melodies.

What are Robert Burns’ most famous poems?

The story follows a drunken Scot home from a late-night drinking trip, where he experiences a supernatural encounter while riding back past a local haunted church during a storm.

Burns took inspiration from real-life events. After destroying a mouse nest when ploughing a field, Burns wrote Tae a Moose about humanity’s position in nature and the morality of our actions.

This inspired the title Of Mice and Men by John Steinbeck in 1937.

Address to the Deil, commonly referred to as Address to the Devil, was written in 1785 and mocks the belief of Satan and the Calvinist teachings that dominated Scotland at the time.

Eighteenth-century Scotland would have been both offended and shocked at the poem due to their devout beliefs about hell and the devil.

His other most famous works include:

ttingly, given that it forms the centrepiece of a Burns supper, the most famous of the poet’s works to grace the occasion is his “Address to a Haggis”.

It begins with the famous lines “Fair Fa your honest, sonsie face, Great chieftain o’ the puddin-race!”, and you can read a full translation of the poem here.

Some hae meat an canna eat,
And some wad eat that want it;
But we hae meat, and we can eat,
And sae the Lord be thankit.

After guests have gorged themselves on offal and whisky, the evening traditionally culminates with a raucous recital of another Burns favourite: the New Year’s Eve staple Auld Lang Syne.